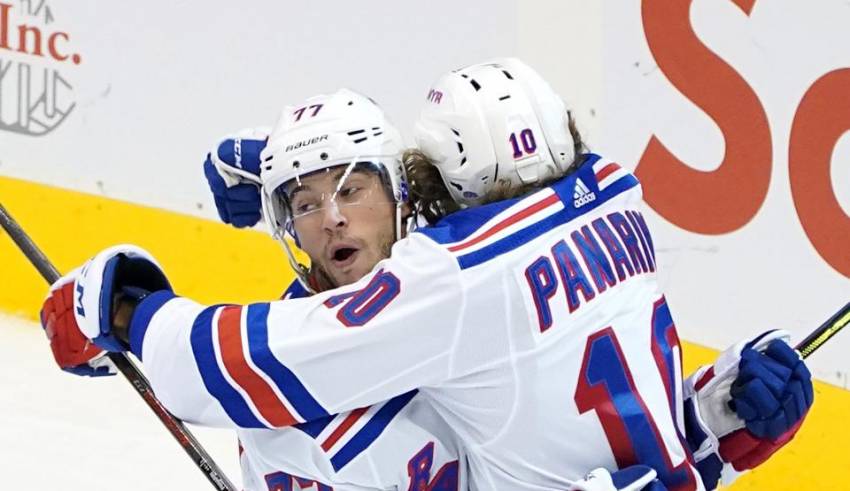 The Los Angeles Lakers may be the Western Conference’s No. 1 seed — but they sure don’t look like it.

In six games played since the NBA’s restart, the Lakers have managed to achieve a number of highs and a number of lows. Not only did the LeBron James-led squad defeat their rivals, the Los Angeles Clippers, in their restart opener, they also clinched the No. 1 seed in the West.

But while the Lakers have locked up the top seed in a stacked conference — an accomplishment now moot with no home-court advantage — their flaws have become magnified in the Orlando bubble.

Following the team’s 116-111 loss to the Indiana Pacers, Los Angeles has now lost three consecutive games. The Lakers are officially 2-4 since the NBA season resumed and have lost in convincing fashion to the likes of the Toronto Raptors (15 points), Oklahoma City Thunder (19 points) and Houston Rockets (16 points). With the exception of the loss to the Rockets, all of those games featured both James and Anthony Davis in the lineup.

With the prospect looming that the Lakers could match up with a high-octane, 3-point shooting-heavy team such as the Portland Trail Blazers in the first round of the playoffs, fans are starting to hit the panic button on the purple and gold. The idea of the Lakers losing to a team such as the Blazers or another Western Conference squad early on in the playoffs is becoming a realistic possibility.

Here are five trends exemplifying just how much the Lakers have struggled in the Orlando bubble.

The Lakers have somehow regressed when it comes to making 3-pointers in the Orlando bubble. After a four-month layoff, Los Angeles has failed to come out refreshed. They actually rank dead last in 3-point shooting percentage (25.4) since the restart. That’s a steep decline from their 34.6 3-point shooting percentage on the season, which was already in the bottom-six of the league rankings.

The Lakers’ inability to convert 3-point attempts was on full display in their loss to the Rockets (2-of-19 for 10.5 percent) and their 5-of-37 performance (13.5 percent) in their defeat against the Thunder.

While it’s not astonishing that the Lakers can’t convert 3-pointers — they ranked near the bottom of the league all season long in that category — it’s absolutely remarkable that Los Angeles also can’t hit a field goal; they rank last since the restart in field goal percentage (41.1 percent).

That’s a troubling statistic considering the Lakers were actually superb from the field during the regular season before the restart. Los Angeles still ranks second in the league in field goal percentage (47.8 percent) for the season.

The absences of primary ball-handling veterans such as Avery Bradley and Rajon Rondo (combined 42.7 minutes per game) have clearly affected the Lakers as they’ve been forced to rely on James more than usual.

Lakers’ Bench Is A Major Mess

What once appeared to be a strength now appears to be a major weakness moving forward. With Bradley out, the Lakers were forced to shift their rotation, moving Kentavious Caldwell-Pope into the starting five after he excelled all season long off of the bench.

Due to Bradley and Rondo’s absences, the Lakers are now giving increased minutes to Alex Caruso — who previously excelled in a limited role as a spark plug-type of player — and Quinn Cook, who was previously a bit player in the rotation.

The problem is, the additions of Waiters and Smith have yet to pay off and their efficiency is absolutely dreadful. Waiters is converting 36.0 percent of his field goal attempts and 13.6 percent of his 3-point attempts. Meanwhile, Smith is even worse at 16.7 percent from the field and has yet to even make a 3-point field goal since the restart.

Perhaps most troubling of all of the Lakers’ negative trends are the struggles of their two stars, James and Davis.

The four-time MVP is converting just 45.2 percent of his field goal attempts in the bubble and 28.6 percent from 3-point range (he’s 49.5 percent and 34.5 percent in those categories on the season) on just 21.6 points per game.

Meanwhile, Davis is lagging behind with just 39.1 percent shooting from the field and 3o.4 percent on 3-point attempts (50.1 percent and 33.2 percent from 3-point range in those categories on the season). He’s averaging just 18.0 points per game since his 34-point explosion in the win over the Clippers.

In case you haven’t noticed the overall trend by now, it’s the fact that the Lakers can’t score — at all.

They can’t convert 3-pointers, they can’t make field goals and they also rank second-to-last in free-throw percentage (70.1 percent) in the Orlando bubble. In other words, they can’t score points — period.

The No. 1 seed can’t mask this fact: the Lakers are struggling to score the basketball. And it’s not just a matter of struggling — they’re putting the ball in the basket worse than every team in the Orlando bubble.