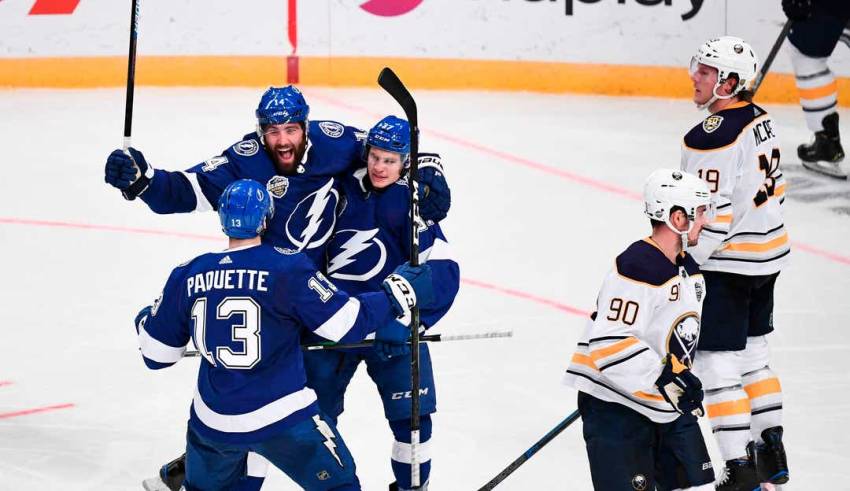 STOCKHOLM – Pat Maroon and the Tampa Bay Lightning made the most of their long trip to Sweden.

Maroon scored twice, and the Lighting beat the Buffalo Sabres 5-3 Saturday for a sweep of their two regular-season games in Stockholm.

Hedman, who is from Ornskoldsvik, Sweden, converted a power-play slap shot 1:58 into the second period, lifting the Lightning to a 2-1 lead.

“This has been an unbelievable experience for me and my teammates,” Hedman said. “For me, coming home and finish it off with two wins was a tremendous experience.”

Marcus Johansson, another Swede, was in the penalty box when Hedman scored his third goal of the season. Johansson was whistled for interference against Mathieu Joseph.

“It was again a moment that shifted the game away from us,” Buffalo coach Ralph Krueger said. “It’s questionable and I probably shouldn’t say more than that other than there was a collision of two players moving through the same space and Marcus Johansson was the bigger and stronger of the two and was punished for that.”

Jack Eichel and Sam Reinhart each had a goal and an assist for Buffalo, which has dropped five in a row. Victor Olofsson also scored in his native country, and Carter Hutton made 35 saves.

The two sold-out games in Stockholm’s Ericsson Globe were part of the 2019 NHL Global Series.

Tampa Bay won for the third time in four games overall. Last season’s Presidents’ Trophy winners appear to be rounding into form after a slow start to the season.

“In a funny way, I think this is what our team needed,” captain Steven Stamkos said. “We became tighter as a group on this trip and you saw it on the ice.”

Yanni Gourde had a goal and an assist for the Lightning, and Joseph also scored.

The Sabres jumped in front when Reinhart’s wrist shot from the right circle hit the post and bounced off McElhinney’s back for a 1-0 lead 9:30 into the first. Reinhart also scored twice in Friday’s loss.

But the Lightning responded with three consecutive goals, with the fourth line of Maroon, Gourde and Cedric Paquette playing a key role.

“I’d rather call it Paquette’s line,” Tampa Bay coach Jon Cooper said. “They may have been the difference in both games for us. They were a hard line for (Buffalo’s) D core to handle. … All three of them were fantastic.”

Maroon tied it at 1 with a power-play deflection late in the first. After Hedman put Tampa Bay ahead to stay, Maroon scored his third of the season when he jammed home a rebound for a 3-1 lead in the final seconds of the second.

“We all kind of play the same way,” Maroon said. “We find ways to get pucks. We know how to attack the net. We all love crashing the net.”

Gourde and Joseph helped put it away when they scored 67 seconds apart midway through the third, giving the Lightning a 5-2 lead. Gourde was successful on a wrist shot, and Joseph knocked in a rebound.

It’s the third straight year – and eighth overall – the NHL has played in Europe to try to increase its local following in hockey-mad countries including Sweden, Finland and the Czech Republic.

The NHL is set to return to Europe also next year.

NOTES: Tampa Bay matched the NHL record for most goals in a regular-season game contested outside North America. The Lightning and Sabres also equaled the record for combined goals in such games. … It was the 28th NHL regular-season game in Europe. … Buffalo F Vladimir Sobotka was sidelined after he was hit by Nikita Kucherov in the first period of Friday’s game. Krueger said Sobotka will be evaluated on Monday. … Buffalo F Casey Mittelstadt played in his 100th NHL game. … Tampa Bay beat Buffalo for the fifth time in a row. 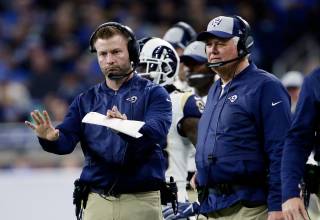