April 23, 2021
Trending
Home NBA LeBron James to put his own name on back of jersey rather than NBA-approved social justice message – CBS Sports 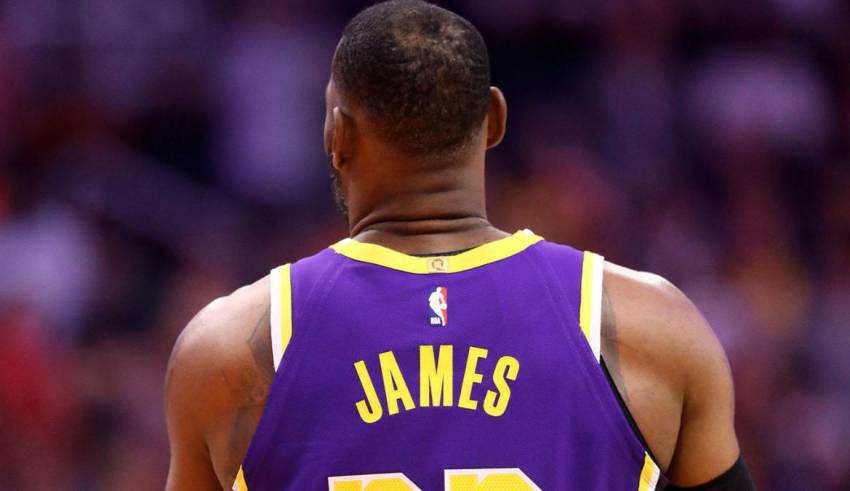 LeBron James will wear his own name on the back of his jersey at Disney World rather than one of the NBA-approved social justice slogans, he revealed in a Zoom call with media Saturday.

“I commend anyone that decides to put something on the back of their jersey,” James said, per ESPN’s Dave McMenamin. “It’s just something that didn’t seriously resonate with my mission, with my goal. I would have loved to have a say so on what would have went on the back of my jersey. I had a couple things in mind but I wasn’t part of that process and that’s OK.”

The NBA‘s official list of approved social justice messages is as follows: Black Lives Matter, Say Their Names, Vote, I Can’t Breathe, Justice, Peace, Equality, Freedom, Enough, Power to the People, Justice Now, Say Her Name, Sí Se Puede (Yes We Can), Liberation, See Us, Hear Us, Respect Us, Love Us, Listen, Listen to Us, Stand Up, Ally, Anti-Racist, I Am A Man, Speak Up, How Many More, Group Economics, Education Reform and Mentor.

James is one of the most socially active players in the NBA. He has spoken out on a number of issues, including athlete activism and gun violence. He also opened a school in his hometown of Akron to serve underprivileged students and recently started a voting rights initiative with several other star players. His decision not to wear a social justice message is somewhat surprising through that lens, but so is the league’s decision not to consult him on possible messages. Aside from being the NBA’s most famous player, James is also a former union vice president and is close friends with Chris Paul, the union’s president.

James did not specify what messages he would have considered for the back of his jersey. Few players have yet specified what they plan to wear on the back of their jerseys, but LeBron’s dissatisfaction with the available options could impact their decisions. In its own way, it is a form of protest against performative, corporatized social efforts. When there was doubt over whether or not the season would restart, Patrick Beverley said that if LeBron wanted to play, the NBA would play. Sure enough, the NBA is playing. We’ll see if this decision has a similar impact.