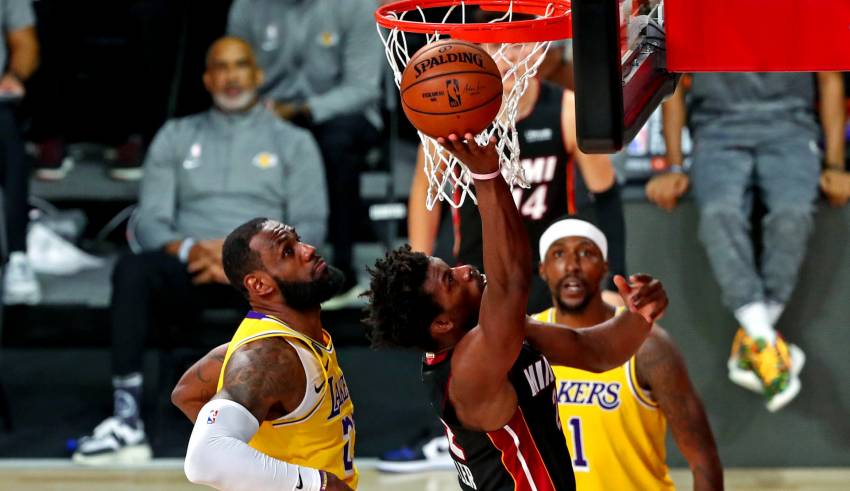 The NBA is expecting to begin the 2020-21 season from December 22nd onwards. The league’s office told the Board of Governors that it will be a 70 to 72-game season, starting 3 days ahead of Christmas.

The NBA Finals will be held in June as usual. However, there are certain players unhappy with this decision and that includes our Lakers’ star, LeBron James.

Recently, Danny Green expressed his concern for these dates as well. He explained how some Lakers‘ teammates, including LeBron James, wouldn’t be too pleased if the NBA decides to return during Christmas week.

LeBron James not the only one against this development

Shams Charania from ‘The Athletic’ appeared on NBA TV and revealed that LeBron James’ isn’t the only one. And opposing this idea is a popular opinion among many players.

“There is some skepticism around the players, a lack of consensus among the players about starting that early and what that would entail from a player perspective and a team perspective.

“Because the season just ended on Oct. 11th, and so for the two Finals teams to then turn around two months later and begin (the season) is a tall task.

“There are several star players around the league, including LeBron James, that are not for a start that quick on Dec. 22 and believe that it is too soon, I’m told.

“And so, when you have factors like that, it makes those scenarios hurdles as far as right now… There is still a gap that remains for the two sides to come to an agreement and a consensus.

“And that’s just the Dec. 22 start. There are other issues like the salary cap, the player escrows.”

Senior NBA Insider for @TheAthletic and @Stadium @ShamsCharania discusses the likelihood of a December 22 start date for next season. pic.twitter.com/rF8G4HqeTB

The NBA is still reviewing its decision

However, Marc Stein of the New York Times reported that the NBA and NBPA only have until Friday to finalize their decision. They can either go ahead with it or agree to another date.

He stated, “The league office cannot unilaterally impose its preferred timetable upon N.B.A. players, but negotiations are underway before a looming Friday deadline to modify the current labor agreement.

“Although that deadline has been moved back three times, expectations are that the sides will ultimately strike a deal this time on the terms for next season, such as setting the salary cap and luxury tax figures and an overhauled calendar with Dec. 22 as opening night.”

Although it isn’t fair for the Finals contenders to return so soon, the NBA has to fix a date quickly. With just a few more days before they declare the decision, we can only wait and watch.