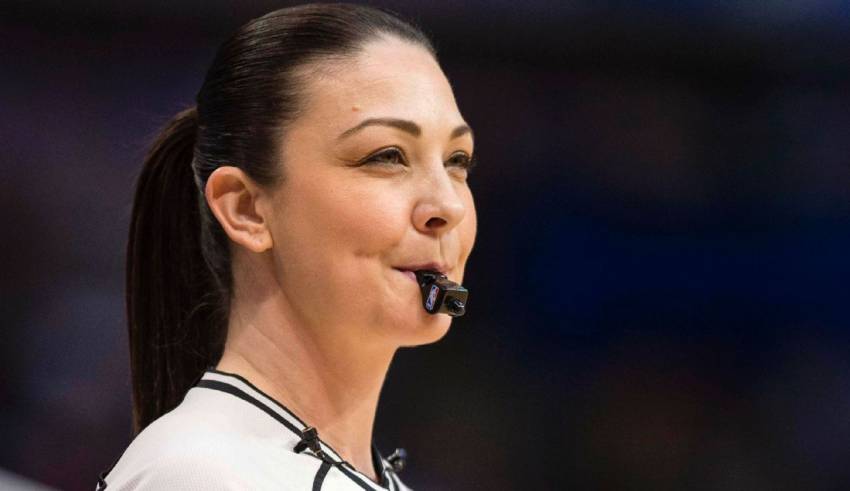 CHICAGO — Referee Lauren Holtkamp-Sterling made NBA history Friday night when she became the first mother to officiate a league game.

The game was the first for Holtkamp-Sterling since she gave birth to her daughter, Stoan, earlier this year. She missed last season because of a knee injury that required surgery, and the start of her 2019-20 season was delayed by abdominal surgery.

Holtkamp-Sterling’s husband, Jonathan Sterling, worked the LA Clippers-Bucks game in Milwaukee on Friday. The couple met at a college basketball referees event. They are the first married couple to officiate in league history.

“That’s amazing,” Warriors coach Steve Kerr said. “They probably have a good nanny, I’m guessing. That cannot be easy raising a child with two NBA refs as parents. It’s a pretty incredible story. I’m happy for Lauren that she’s back on the court.”