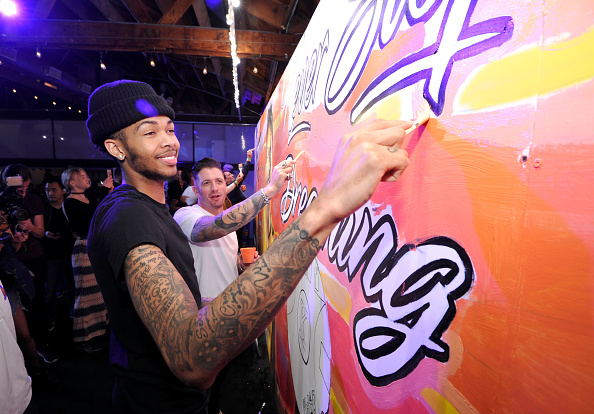 Although ranking the top 30 NBA players in today’s game is an incredibly difficult task, The Last Word on Pro Basketball staff has taken it on. Debuting at number 30 in the countdown is New Orleans Pelicans’ forward Brandon Ingram.

Although Ingram had shown flashes in his third NBA season with the Los Angeles Lakers, it wasn’t until he was the centerpiece of the trade for Anthony Davis that he really broke out. This season, with the Pelicans, who were supposed to be a bottom-tier team but are fighting for the eighth seed out West, Ingram has put together an incredible stat-line and is a top contender for the NBA’s Most Improved Player award.

Ingram is averaging 24.3 points, 6.3 rebounds, and 4.3 assists per contest and was named to the All-Star team for the first time in his career.

Ingram is a long, silky-smooth scorer in the mold of NBA superstar Kevin Durant. Although Ingram is only listed at 6’7”, he has the same build and length that Durant possesses, making him an incredibly difficult cover.

Ingram can thank his enormous jump in production to his improved shooting stroke. Coming into this season, his second season was his best as a three-point shooter. He hit a very solid 39 percent from three that season. However, he only attempted 1.8 per game. this season, he’s knocking in 38.7 percent of his three-point attempts on a whopping 6.3 attempts. His free-throw shooting has also taken an enormous jump. Through his first three seasons, the highest he shot from the charity stripe was 68.1 percent. This season, he is shooting a fantastic 85.8 percent on 5.8 attempts per night.

Ingram’s versatility is also an enormous strength to his game. He handles the ball really well so he can take bigger guys off of the dribble. When smaller, quicker defenders are assigned to him, he can shoot over them or use his excellent post moves to take them down on the low block.

His potential is also through the roof. Ingram is still incredibly young as he entered the NBA after just one season at Duke University. He still has plenty of room to grow his game and turn himself into a superstar.

Although Ingram is solid as a distributor, with his size, length, and ballhandling ability, it would be nice to see him become elite in that category. His 4.3 assists per-game average this season is respectable but getting that up to in the six per game range would really allow Ingram to take an even bigger jump.

An improvement on the defensive end is another area where Ingram could improve. He doesn’t have the greatest lateral quickness so his ceiling may be limited in that aspect but he can still be a better defender than he has been to this point in his career. He has the length and size to be a player that is lethal in passing lanes. For his four year career, Ingram is averaging less than one steal per game.

Ingram has the potential to be a top-15 player in the NBA, improving on these weaknesses would allow him to make that jump.

Only being in his fourth season, Ingram’s accolades are a bit limited at this point. He was named to the NBA All-Star team this season and he was a first-team All-Rookie selection in the 2016-17 season.

Ingram may have an argument and be right on the cusp of an All-NBA Third-Team selection this season if the season continues at some point. Odds are that he will come up just short of that but his future is bright in regards to All-NBA teams and other accolades. Watching his career play out will be fun to follow.