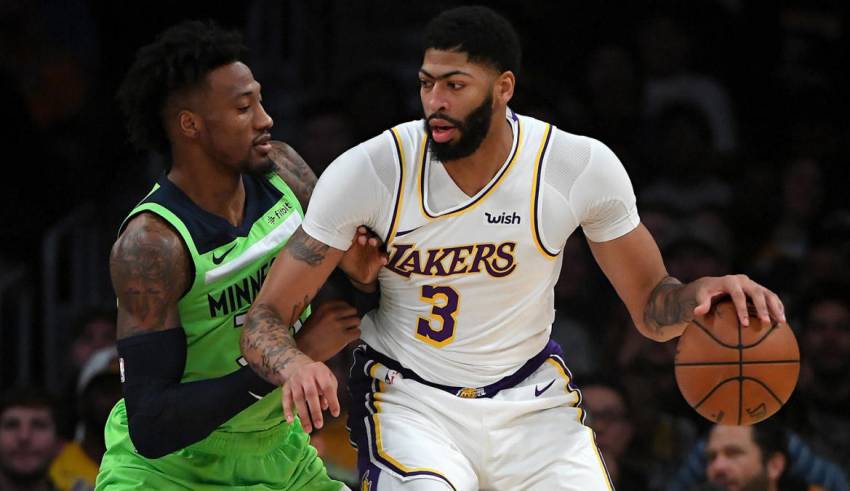 The Los Angeles Lakers look for the season sweep when they take on the host Memphis Grizzlies in NBA action on Saturday at FedEx Forum. The Lakers (45-12), the top seed in the West and first in the Pacific Division, are coming off a 116-86 win at Golden State on Thursday, while the Grizzlies (28-31), who are the No. 8 seed in the Western Conference standings and third in the Southwest Division, dropped a 104-101 decision to Sacramento on Friday.

Tip-off is set for 8 p.m. ET from Memphis, Tenn. The Lakers, who list LeBron James (groin) as questionable, are eight-point favorites in the latest Lakers vs. Grizzlies odds, while the over-under for total points scored is set at 226.5. Before making any Grizzlies vs. Lakers picks, check out the NBA predictions from the SportsLine Projection Model.

Now, the model has set its sights on Lakers vs. Grizzlies. You can head to SportsLine to see its picks. Here are the NBA odds and trends for Grizzlies vs. Lakers:

Why the Lakers can cover

Los Angeles forced 27 turnovers in Thursday’s win at Golden State, the most since forcing 27 in a double-overtime game against Utah on Jan. 24, 2000, and the most in a regulation game since Dec. 8, 1995, at Toronto (27). The Lakers have won all three meetings this season, including a 117-105 triumph at Los Angeles last week.

Forward Anthony Davis (left elbow), who is probable, leads the Lakers in scoring (26.6 points) and rebounding (9.4), and is third in assists (3.2). He had a huge game against the Grizzlies in their Oct. 29 meeting, scoring 40 points and grabbing 20 rebounds in 31 minutes. And while there’s some uncertainty about James’ status for Los Angeles, Memphis will be without forward Jaren Jackson Jr., who remains out with a knee injury.

Why the Grizzlies can cover

Even so, Los Angeles isn’t a lock to cover the Lakers vs. Grizzlies spread. That’s because Memphis is 4-1 in its last five home games. Against Los Angeles, the Grizzlies have won eight of the last 11 games played at Memphis. The Grizzlies share the ball well and lead the NBA in assists per game at 27.1.

Point guard Ja Morant leads the Grizzlies in scoring (17.5 points) and assists (6.8) and is averaging 3.4 rebounds per game. He hit 7 of 17 shots for 20 points with 11 assists and three rebounds in Friday’s loss to the Kings. In three games against the Lakers, he is averaging 19.7 points, including a 26-point performance on Nov. 23.

Especially if James is out or limited, that certainly would open the door for a potential cover, or outright upset, for a Memphis squad that should be hungry for a win to help bolster its NBA playoff picture outlook.

How to make Lakers vs. Grizzlies picks

So who wins Lakers vs. Grizzlies? And which side of the spread cashes in well over 50 percent of simulations? Visit SportsLine now to see which side of the Grizzlies vs. Lakers spread to jump on, all from the advanced model that is up more than $3,000 on its NBA picks this year, and find out.