April 20, 2021
Trending
Home NBA Kyle Korver, will you return to the NBA this season? “I don’t know” – Yahoo Sports 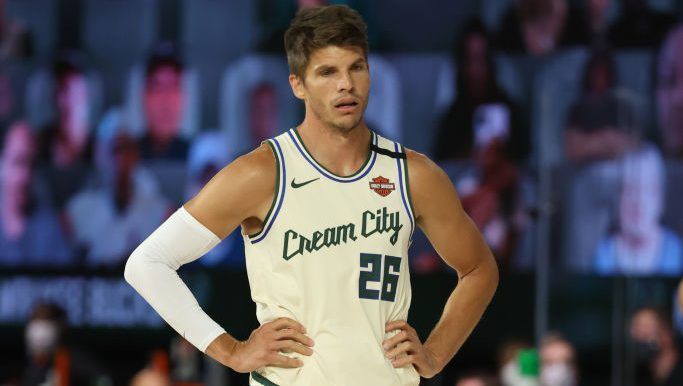 In a league where the premium on shooting has never been higher, one of the game’s all-time great shooters sits at home.

Kyle Korver is okay with that. The 17-year NBA veteran is not bored, he’s spending time with family and doing appearances on TNT’s The Arena. But could Korver return, knock down some clutch threes, and be the solid veteran presence every contender needs in the locker room? Mark Medina of the USA Today asked Korver that and got basically a long-winded shrug as an answer.

“I’m not sure [about a return]. I’ve talked to a few teams about it. Coming out of the bubble, I believe in honoring the game. I believe you honor the season with a good offseason. Coming out of the bubble with the quick turnaround, I didn’t feel I really did that. So I don’t want to cheat the game. If I want to go play, I want to go play well. I haven’t signed any paperwork. My wife asks me this question every day. It’s one I have a hard time finding my exact words for. So I haven’t signed paperwork yet. I’ve enjoyed being with my family, and it’s been a challenging season across the board for the league and for the players. But we’ll see. I don’t know.”

That is an honest answer.

Often for older players — Korver will turn 40 next month — they know it is time to walk away because either teams stop calling, or their desire to do everything they must to get their body ready for the season is more work than they want to put in (Kobe Bryant talked about that, for example). Korver sounds more like the latter. Teams are calling, asking about a Korver return. And while what teams are calling and what his role would be will certainly play into his decision, so will Korver’s desire to do everything it takes to be ready for the NBA game.

We’ll see what Korver decides, but he doesn’t sound like a man in a rush.

Check out the latest on the Bucks

Kyle Korver, will you return to the NBA this season? “I don’t know” originally appeared on NBCSports.com