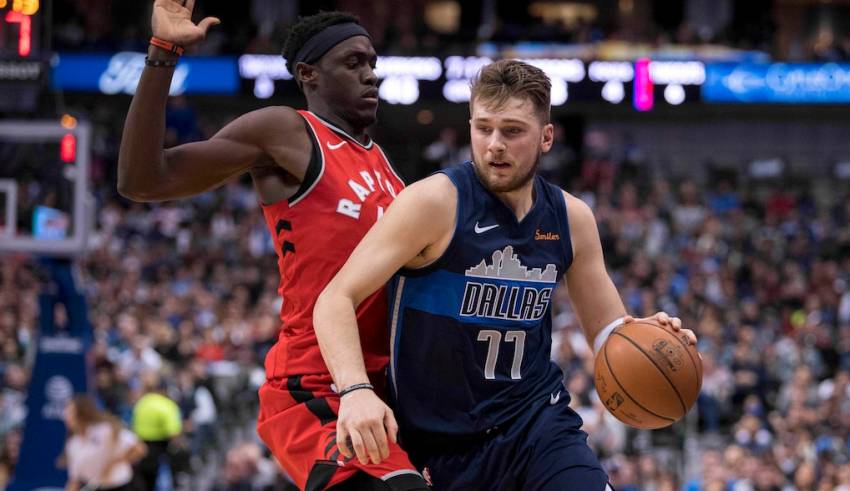 After years of NBA scouts scouring gyms and arenas worldwide for the next Dirk Nowitzki, Manu Ginobili or Tony Parker, it’s time to call off the search.

The leaders of the new school are already in place and they’re poised to assert themselves as the NBA’s cream of the international crop of superstars.

All four rank among the top 15 players in this edition of the Kia Race to the MVP Ladder. In fact, Antetokounmpo (No. 1), Doncic (No. 2) and Siakam (No. 5) all rank in the top five. And Antetokounmpo and Doncic just became the first two international players to capture Player of the Month honors in the same month.

Three of these four came basically out of nowhere with Doncic being the only one who was a household name. It’s proof that this had to happen naturally: a group of international players — all under 25 years old — storming the ranks of the league’s top players simultaneously.

“Giannis is already there. He’s locked in right now at the highest level. Luka is clearly on that path. He’s got it all. Siakam is definitely getting there and Jokic, even though he’s not in the sort of shape I believe he needs to be in to play at his best, is still arguably the most skilled big man in the league. This isn’t like anything we’ve seen in my time in the league. We’ve had great international players, but not a wave of them heading into the primes of their careers simultaneously. It’ll be interesting to watch where this all goes in the next few years.”

Giannis resisted the urge to go outside the lines with Blake Griffin and instead took his frustrations out by demolishing the Pistons like the machine he’s been all season. Tonight offers up another must-see matchup when the Bucks get their first look at a Kawhi Leonard-led LA Clippers squad (since he missed the last matchup on Nov. 6, which the Bucks won).

Doncic has turned the league into his own personal playground by dominating games with his scoring and playmaking. He’s become an unguardable player just 21 games into his second season and is only going to get better as he continues to figure things out.

Don’t let LeBron’s uncalled misstep(s) in Wednesday’s win over Utah take your attention away from the wicked work he’s doing to propel the Lakers out West. He notched his 17th double-double of the season vs. the Jazz, which was also his fourth double-digit assist performance in his last six games.

The Raptors’ defensive scheme Thursday didn’t allow Harden to go off for one of his signature scoring games (he had 60 and 50, respectively, in his previous two games). But his ultra-efficient 23-point night (on just 11 shots) opened things up for the rest of the Rockets as they handed Toronto just its second home loss of the season.

The reigning Most Improved Player is making a strong case for a second straight trophy, in addition to playing his way into the MVP conversation. Siakam is averaging career highs in points, assists, rebounds, 3-pointers made (2.4) and 3-point percentage (37.6%). Siakam is operating at a level above and beyond what was believed possible for him just two seasons ago.

Got thoughts on the Kia MVP chase? Hit me up via e-mail or send me a tweet and I’ll get back to you!