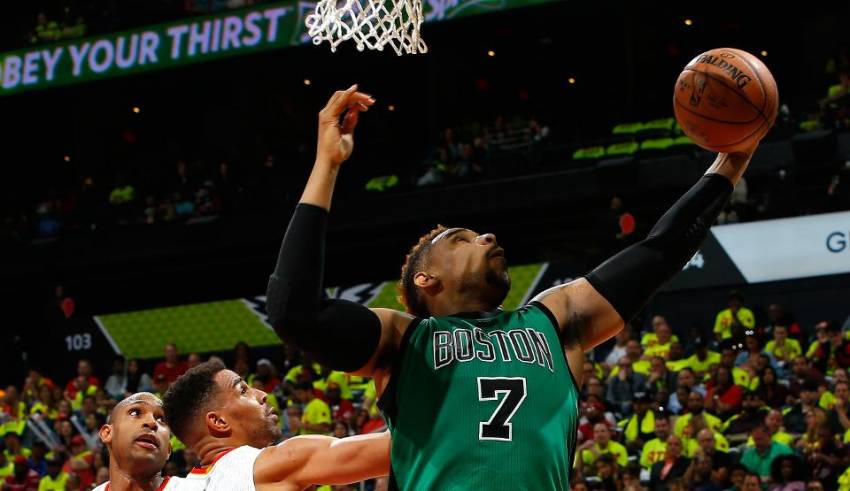 Careers in the NBA are often desperately short. While it was only 2012 when the Boston Celtics selected Jared Sullinger with the 21st pick of the draft, it might as well have been a lifetime ago. The power forward ended up falling out of the league in 2017 when he was waived by the Phoenix Suns after being traded from the Toronto Raptors. His most recent professional team was the Shenzhen Leopards of the Chinese Basketball Association. As the coach for the defending champion Carmen’s Crew, Sullinger is currently participating in the single-elimination, winner-take-all Basketball Tournament in Columbus, Ohio. He has not let his NBA dreams die but the realist would have to say they are probably on life support.

DIS
, the Basketball Tournament games will air on ESPN, which is clearly desperate for whatever live sports the network can find. (Hey, it’s a better decision than showing an Eagles concert hosted by Chris Berman.). Sullinger’s top-seeded team, stuffed full of fellow Ohio State University alumni, will begin its quest for back-to-back championships when they face the No. 16 ranked House of ‘Paign on Wednesday.

Sullinger has taken advantage of his return to the public eye, discussing his hopes for a comeback with the Boston Globe’s Gary Washburn before the tournament’s start this weekend. “I’m completely healthy. I feel good,” he said, “the ultimate goal is the NBA. I’m trying to give it one more shot. Sometimes it’s a yes, sometimes it’s a no. No hard feelings. If they don’t want me, I’m going to have to make a business decision and go elsewhere.”

It’s no small thing that Sullinger mentions being “completely healthy,” as injuries were the primary reason his career was cut short. His 2012-13 and 2014-15 seasons with the Celtics both ended with Sullinger out recuperating with serious medical issues and things did not improve from there. In fact, his Raptors career only lasted 11 games before ending in foot surgery.

Sullinger later admitted that conditioning issues—mostly concerning his weight—were partly responsible for the multiple stress fractures that helped prematurely shorten his NBA career. “I wasn’t an NBA basketball player when I left the gym. I was still a kid, and I really f***** it up,” he later admitted to the Athletic’s Bob Baptist.

Sullinger knows that he is partly responsible for how his career fell off the tracks and he is honest about this being the reason that he’s hoping to make a comeback. Maybe that means something to executives who could be interested in giving him a second chance. The thing is: even when Sullinger was healthy, he was something of a disappointment both on and off the court.

Early in his college career, Sullinger was thought to be a potential lottery pick and maybe he would have been had he declared for the 2011 draft. Instead, he fell to Boston the next year thanks to—what else—concerns about his long-term health, in this case, his back. He wasn’t a bad player for Boston, mind you, Sullinger averaged 7.7 rebounds per game during his time with the Celtics. Ultimately, however, he tracked to be more of a role player than a starter on a good team even if everything went right for him.

Everything did not go right for him. Beyond the conditioning problems, Sullinger made all the wrong kind of headlines when he was charged with domestic battery in 2013. (The charges were dropped when the woman involved refused to testify against him.) The Celtics eventually renounced his rights in 2016, partly as a move to free up the necessary salary to sign Al Horford, a move that the team has hardly had reason to regret.

Although only 28, Sullinger knows that returning to the NBA level is probably a longshot. If there’s a route back to the league, it probably would involve heading to the G League and proving his worth against mostly younger players. That would mean foregoing bigger paychecks that he could make playing basketball overseas. From the evidence of his “if they don’t want me, I’m going to have to make a business decision and go elsewhere,” comment, that understandably doesn’t sound like that’s a sacrifice he’s willing to make.