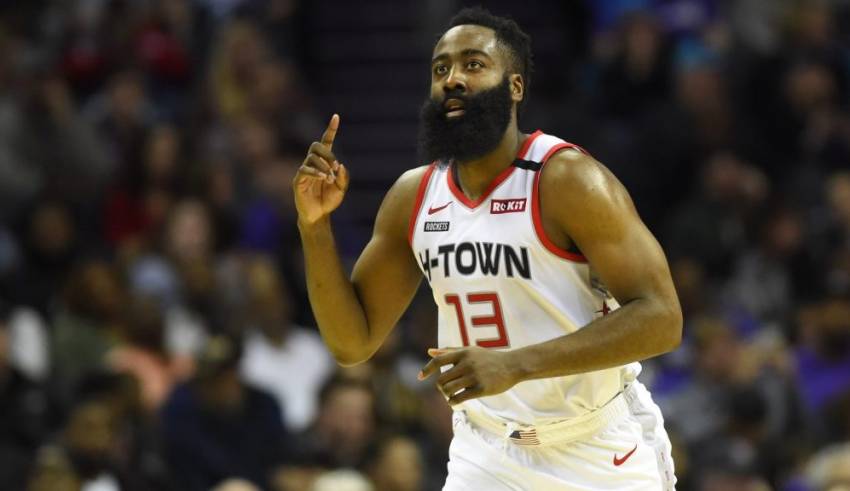 With a final average of 34.3 points per game, Houston Rockets star James Harden finished the 2019-20 NBA regular season as the league’s leading scorer for a third consecutive campaign. He’ s just the fourth player since the NBA/ABA merger in 1976 to win a scoring title in three straight years, joining Kevin Durant, Michael Jordan, and George Gervin.

Harden also won the scoring title in the 2018-19 season, when he led the NBA with a 36.1 points per game average, and in the 2017-18 season (30.4 points). Harden is now just the third player in league history to average more than 34 points per game in multiple seasons, joining a pair of Basketball Hall of Famers in Jordan and Wilt Chamberlain.

In addition to his scoring, the All-Star guard and MVP finalist averaged 7.6 assists, 6.6 rebounds, and 1.8 steals per game, becoming just the third player to ever lead the NBA in total points and steals in the same year. The others to accomplish that feat were Jordan and Allen Iverson.

With the Rockets having little to play for in their regular-season finale, Harden concluded his historic run with 27 points (56.3% FG) and 10 assists in 26 minutes of limited action on Friday against Philadelphia.

Best of all, Harden’s historic numbers contributed greatly to success for his team. Now 30 years old, “The Beard” led his Rockets (44-28) to a top-four seed in the Western Conference for a sixth time in seven years. With Harden as the star, Houston has now made the NBA playoffs in eight straight seasons, which is the league’s longest current streak.

Harden and the Rockets are still searching for their first championship together, and their 2020 playoff run is set to begin Tuesday with a first-round series against Oklahoma City, his original NBA team. Game 1 between the Rockets and Thunder will tip off at 5:30 p.m. Central, with a national broadcast on TNT and a regional version (with Houston announcers) on AT&T SportsNet Southwest.