April 02, 2020
Trending
Home NFL It's not just the Browns vs. Steelers. NFL has memorable history of fighting on the gridiron – Tennessean 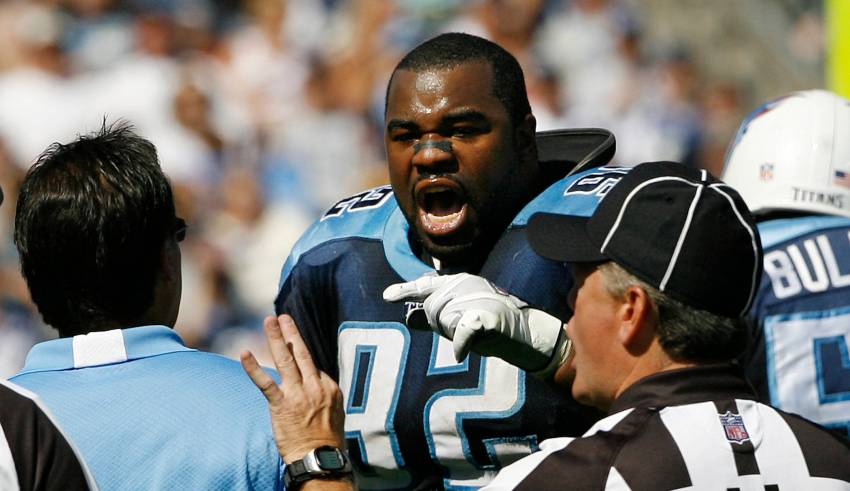 With one vicious swing of a helmet, Myles Garrett turned the Cleveland Browns’ biggest win of the season into the NFL’s ugliest moment of its 100th season.

Garrett unloaded on Pittsburgh Steelers quarterback Mason Rudolph in the closing seconds of Thursday night’s game. The former No. 1 overall pick pulled Rudolph’s helmet off his head and then struck him with it, sparking a brawl between the two teams.

A brawl of that magnitude and vitriol is rare even in a league where physicality is the foundation. Nonetheless, the NFL has seen its fare share of memorable fights throughout its history. Here are some of them:

By the time his NFL career wrapped up, Hall of Famer Les Richter was known as “Dirty Les.” That became apparent, however, during his rookie season with the Los Angeles Rams when the Indianapolis Colts and Dan Joyce came to town.

Joyce pulled off Richter’s helmet and proceeded to hit him over the head with it.

While Garrett will serve a suspension, Joyce did not suffer additional penalties beyond being ejected.

The situation: Steelers kicker Roy Gerela, battling the sun behind the field goal posts, lines up for a 33-yarder that goes wide left.

The outcome: Dallas Cowboys defensive back Cliff Harris taunts Gerela by patting him on the head. Jack Lambert took exception to that and promptly sent Harris to the ground.

Lambert remained in the game.

As he remembered in a documentary, Dawson — the Kansas City Chiefs’ quarterback — secured a first down to ice the game. He went down on his own to run out the clock, but Davidson — the Raiders lineman — tracked him down and speared him in the back with his helmet.

What ensued was one of the NFL’s earliest rivalries taking it out on the field.

The play was called back by the refs, the Raiders got a stop and eventually tied the game on their way to an AFC title.

All game, the Tennessee Titans cornerback was doing his best to agitate the Houston Texans’ receiver. Finnegan’s plan ultimately worked, but at a price of being thoroughly defeated by Johnson — after starting it all himself.

Johnson had nine catches for 56 yards and a touchdown that day.

The New Orleans Saints trailed the New York Jets by a touchdown late in the fourth quarter when a scuffle broke out at the bottom of the pile, sparked by Jets safety Damien Robinson yanking the facemask of Aaron Brooks.

Saints lineman Kyle Turley was right in the middle of it. As a form of retaliation, Turley ripped off Robinson’s helmet and tossed it toward the sideline.

Terrell Owens ruffled a feather or two during his playing days. One of the best examples of this came at the old Cowboys Stadium.

Playing for the 49ers, Owens celebrated both touchdowns by placing the football on the iconic star at midfield. Before the second one, Owens drove Teague into the ground of the end zone and after he scored, Teague was still ticked off.

For Owens’ antics, San Francisco coach Steve Mariucci benched him for the next game.

A good sign of organizational dysfunction is animated disagreement between members of the coaching staff. When it escalates to become physical, that’s a whole different issue.

A punch was apparently the proper way to handle it.

First, Haynesworth stomped enough to dislodge the helmet of Dallas Cowboys center Andre Gurode from his head. Then, more ugliness: Haynesworth kept stomping on Gurode’s exposed head; he eventually needed 30 stitches to repair the cuts from the Haynesworth’s cleats.

At the time, his five-game suspension for such an act was unprecedented.