June 04, 2020
Trending
Home NBA In the NBA, working through Christmas is ‘a gift and a curse’ – The Washington Post 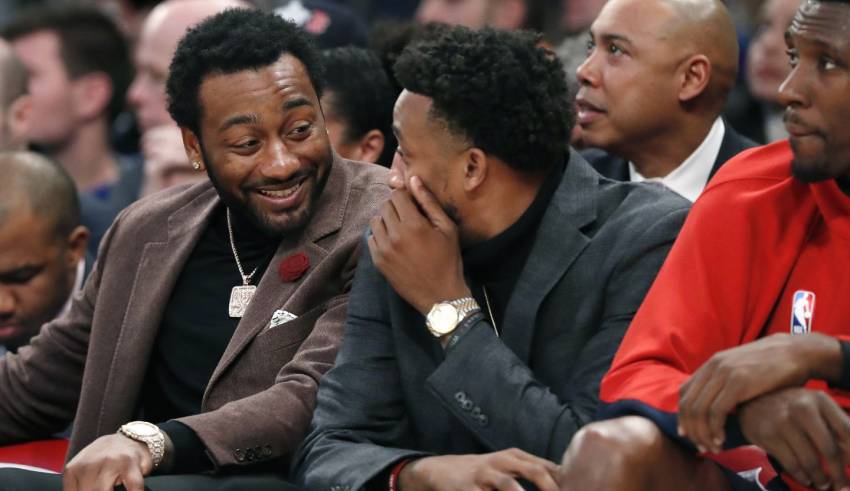 “I think just when you play in this league and you’re a professional, it’s a gift and a curse because you know you’re going to miss some holidays at times,” Wall said. “So it’s a sacrifice you have to [accept]. But I think they shouldn’t have games on the 26th but the 27th.

“Play on the 27th and not the day after Christmas,” Wall reiterated. “I think it’s pointless, to be honest.”

With that statement, Wall displayed a hockey mentality.

As part of its 2013 collective bargaining agreement, the NHL instituted a mandatory three-day holiday break around Christmas. Team activities, including travel, are prohibited from Dec. 24 through Dec. 26. Hockey players must take a break; it’s the rule.

That, however, would be a foreign concept in the NBA.

Christmas has been the NBA’s regular season showcase for decades, and a third of the league’s 30 teams played in nationally broadcast games this season. Several other teams that didn’t play on Christmas still had an abbreviated holiday — including the Wizards, who had to leave home Wednesday to prepare for Thursday’s road game.

Coach Scott Brooks has both played and coached multiple times on Christmas since the 1980s. So much time has passed since he spent the full holiday with his family that “I don’t remember,” Brooks said.

Rookie Admiral Schofield figured he would spend his first Christmas morning as a pro in search of hot chocolate at an open Starbucks. Anything to get in the holiday spirit while his family remained in his hometown of Zion, Ill.

“I’ll be on a plane. It’s going to be very different, very new,” Schofield said.

Just like Wall, veteran point guard Ish Smith had to think back to high school for the last time he enjoyed a real Christmas break.

“You just have to chalk it up,” said Smith, who described the NBA’s Christmas games and travel schedule as just a necessary sacrifice.

This season, the schedule worked at least slightly in Smith’s favor. His family members from Charlotte drove to Washington to spend Christmas morning with him, and Smith planned to leave for the early evening charter flight to Detroit and to celebrate with his fiancee and her family, who live in that area.

Smith met his soon-to-be wife when he played with the Pistons from 2016 to 2019, and early in their relationship she didn’t appreciate how he had to leave on Christmas. The Pistons never played Dec. 25 during Smith’s tenure, but they had games the following day.

“My family’s kind of used to it by now; my fiancee, it was kind of hard for her like three or four years ago,” Smith said. “But I always tell them this is my job. This is what I love to do, and I’m for sure going to make it up to you eventually because it’s hard. It’s hard being away from your family. It’s hard being away from people you love, but this is something we love to do, and it’s a sacrifice that you make. I’m thankful they’re willing to make the sacrifice with us, and I’m sure everybody in the league can say they’re indebted to their family for that.”

Although Wall has traveled with the Wizards on road trips this season, even working out on the court before games, he planned to return to his hometown of Raleigh, N.C., on Thursday to attend a high school tournament that bears his name. The John Wall Holiday Invitational, which starts the day after Christmas, has become one of the premier national prep tournaments in the country, with scheduled competitors this year hailing from Arizona, Mississippi, New Jersey, Florida and elsewhere.

Wall’s decision not to accompany the Wizards to Detroit also means he’ll have a brief respite during an emotional transition for his family. On Dec. 12, Wall’s mother, Frances Pulley, died at the age of 58 after battling cancer. It was not lost on Wall that this holiday season would be difficult.

“First Christmas without my mom, so that will be the tough part. But first Christmas for my son will be dope,” said Wall, whose 1-year-old, Ace, was a newborn around the holiday last year. “Other than that, I think it will be fine. Spend time with [family]. They’re all at my house now. So it’ll be pretty interesting.”