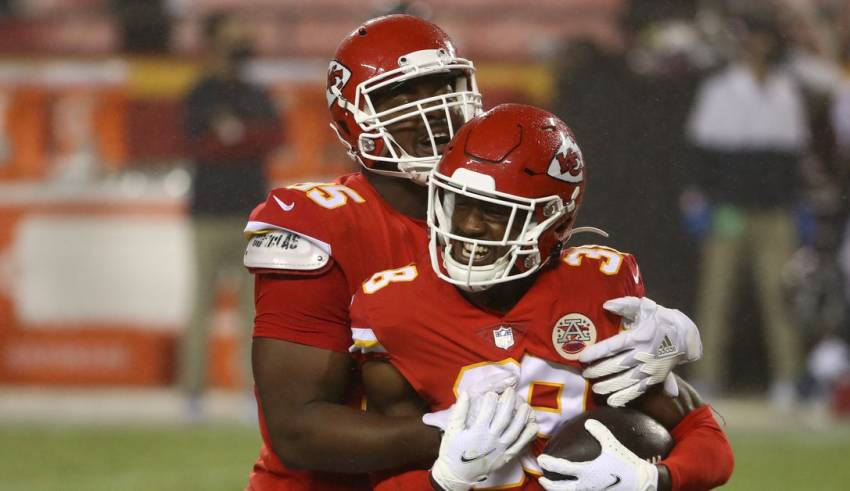 Have you been thinking that the Kansas City Chiefs had a pretty good draft in 2020? Well, Gennaro Filice and Nick Shook of NFL.com agree with you. In a 1-32 ranking published on Wednesday, the two put the Chiefs in eighth place with a B+ grade.

SHOOK: Edwards-Helaire immediately grabbed the league’s attention with a dynamite debut. After posting 4.4 yards per carry in 2020, he is clearly Kansas City’s lead back of the future.

Gay didn’t play a ton of snaps but was effective when he was on the field, recording 39 tackles (three for loss), one sack, three passes defensed and a Pro Football Focus grade of 68.1.

Niang opted out of the 2020 season due to the ongoing COVID-19 pandemic.

Sneed has been an absolute steal, filling a versatile defensive back role for the Chiefs. He landed on our list of unsung heroes in the AFC and finished as the No. 1 rookie DB in the NFL, according to Pro Football Focus, all despite missing a good chunk of the season due to a broken collarbone.

Danna and Wharton helped provide the Chiefs with some unexpected depth on the defensive front, while Kansas City found its replacement for Dustin Colquitt in Townsend, a member of the Pro Football Writers of America All-Rookie Team.

Keyes became the second Tulane defensive back in the past two drafts to be chosen in the seventh round and arrive at the NFL with a pre-existing injury (the other was 2019 seventh-rounder Donnie Lewis, who was selected by the Browns). Keyes started out on the reserve/NFI list but ended up returning in time to make special teams contributions before being called into action in Kansas City’s meaningless Week 17 loss to the Chargers.

The Indianapolis Colts and Tampa Bay Buccaneers each got A grades from Filice and Shook, who ranked them first and second.

Elsewhere in the AFC West, the Los Angeles Chargers received a B+ grade (and a ranking of sixth) for their 2020 draft. The Denver Broncos ranked 15th with a B grade, while the Las Vegas Raiders came in 27th with a C.

And at the end of the list, the Tennessee Titans got an F for their 2020 effort that included first-round selection Isiah Wilson, who was active for only one game in 2020.

With what we now know, this evaluation of the Chiefs’ 2020 draft seems about right.

While some complained (and continue to complain) that teams should never draft running backs in the first round, it’s hard to deny Edwards-Helaire was a productive player — especially considering that for most of the season, he was running behind a backup-infused offensive line. Sneed was absolutely a steal at 4/138. Gay and Danna have shown great promise. Wharton has been a terrific surprise. And while Townsend played poorly in the Super Bowl, he clearly has talent; there’s no reason to think he won’t be in Kansas City for many years.

Keyes, however, is still largely an unknown as a defensive back. The same is true of Niang, who made the difficult decision to opt out of his rookie season. We’ll just have to see how their careers progress.