September 26, 2020
Trending
Home NBA If the NBA Comeback Player of the Year Award Still Existed, Would Michael Carter-Williams Win It This Seaso… – OrlandoMagic.com 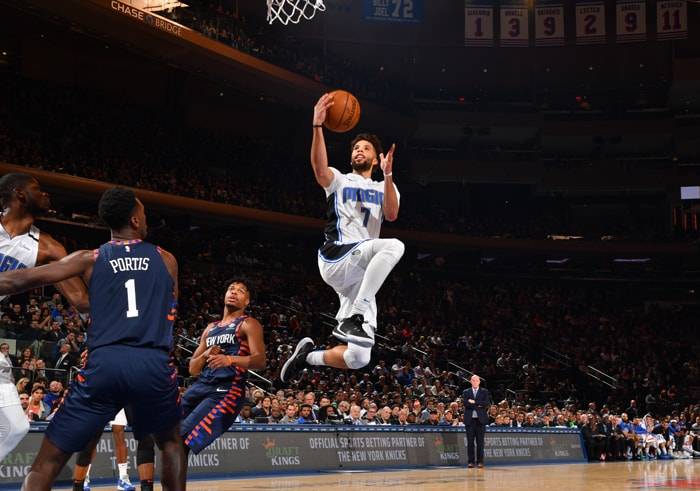 ORLANDO – As you probably already know, the NBA hands out a variety of individual awards each season to deserving players throughout the league. All of the awards that will be given out later this year have been around for quite a while, including the one that goes to the league’s Most Improved Player. The first time that award was distributed was in 1986, when San Antonio’s Alvin Robertson claimed the honor.

What may not be common knowledge is that the Most Improved Player Award actually replaced the Comeback Player of the Year Award, which existed for six seasons. The first player to win that award was Golden State’s Bernard King in 1981 and the last to capture it was the L.A. Clippers’ Marques Johnson.

If the NBA decided to reinstate that award this season, who would be the favorite to claim it? Could the frontrunner be the Orlando Magic’s Michael Carter-Williams?

Of course, the decision would be heavily based on the award’s criteria. Would the player have had to have been injured the prior season before leaping back into the spotlight? Would it be similar to the Most Improved Player Award in that the winner made substantial progress from the previous season, irrespective of whether he was injured or not?

It’s up for interpretation, but the Magic’s 6-foot-5, 190-pounder would likely be in the conversation for the hypothetical honor, especially if the delineation was more literal.

Carter-Williams was out of the league before the Magic signed him to a 10-day contract late last season. He ended up finishing the year with Orlando and helped them reach the playoffs for the first time since 2012. This year, despite missing chunks of time with various injuries, the 28-year-old and former NBA Rookie of the Year has once again made a huge impact.

Before the hiatus, Carter-Williams was playing his best basketball in years. Over the last eight games, he averaged 10.8 points on 49.1 percent shooting from the field and 42.1 percent from 3-point range – quite impressive considering he’s a career 25.6 percent 3-point shooter.

Magic Head Coach Steve Clifford, who also coached the Hamilton, Massachusetts native for a season with the Charlotte Hornets, has been super impressed with his revival and the contributions he’s made since joining the club.

“Good for him and good for us,” Clifford said about the versatile guard. “He brings an edge on the floor that we need. He’s an elite defender. He can guard multiple positions. In my opinion, he’s a high quality elite defender. He can guard primary scorers and he competes hard every night. And then he likes to play. So, he’s good to have around. He likes to be in the gym. He puts a lot of extra work in.”

For the Magic to secure the No. 7 seed in the East playoffs and then make a good run against whoever they play in the first round, they will need all of their reserves to play at a high level, including MCW.

So, going back to this make-believe restoration of the Comeback Player of the Year Award, who else around the league would be in the running? Gordon Hayward definitely comes to mind with how he has bounced back after his devastating injury a couple years ago. Derrick Rose would have certainly been the favorite last year, but would probably deserve consideration this season as well. Maybe Goran Dragic? He was injured for most of last season and is now a candidate for the Sixth Man of the Year Award. His former teammate Hassan Whiteside would probably be in the mix as well, as he led the NBA in rebounds and blocks this season after having a down year in Miami a year ago.