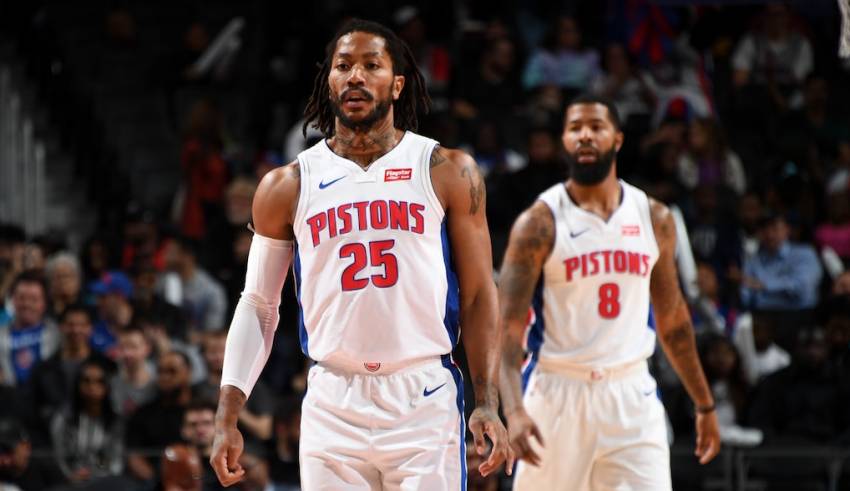 Now picture Derrick Rose in the era of load management.

The term that’s all the rage in the NBA these days — and the source of some controversy, for sitting out healthy players as a means of injury prevention — didn’t require medical breakthroughs achieved over decades. Load management is simply an approach, a self-discipline by teams in rationing out a player’s usage to maximize his availability by, er, limiting his availability.

Rose, alas, arrived six or seven years too soon to benefit from it. Load management didn’t exist as a league-wide trend when he suffered in April 2012 the ACL blowout to his left knee that forever altered his NBA trajectory.

“All the time in Chicago when I was coming back, load management wasn’t a term then,” Rose told NBA.com this week. “Back then, it was, ‘He’s [expletive] being lazy.’”

There were no healthy DNPs back then. Very few at all until San Antonio coach Gregg Popovich began to force the issue with veteran stars Tim Duncan, Manu Ginobili and Tony Parker. The idea spread to those overseeing others such as LeBron James, Joel Embiid and Anthony Davis. Over time, getting random games off became almost a status symbol, signifying membership among the NBA’s elite.

Kawhi Leonard’s trade to Toronto heightened the tactic’s profile as the Raptors chased and won the 2019 NBA Finals. Though Leonard sat out 22 games last season, he still was named to the All-NBA second team and finished ninth in MVP balloting.

By contrast, when Rose missed 16 games in 2015-16, his final season with the Bulls, the onus still was on him: damaged goods. For the fourth year in a row.

“They expect [you to miss games] now,” Rose said. “They know, ‘OK, he’s not going to get through the year [playing 82]. But as long as we get to the playoffs, that’s when we need him.’ It’s funny how things change.”

Rose at 22 had become the NBA’s youngest MVP in 2010-11. The next season, in the hurried-up, lockout-shortened schedule, he missed 27 of 66 games, coping with five separate injuries. Then late in Game 1 of the playoffs, he blew out his knee in the first round against Philadelphia.

Even the NBA’s view of ACL reconstruction and recovery has changed since then. Players like Golden State’s Klay Thompson essentially are told “See you in a year,” with anything quicker than that viewed as a bonus. Rose’s timeline was pegged initially at 8-to-10 months, which translated into pressure on him to return in 2012-13.

When that didn’t happen, some fans, media folks and even friends inside the Bulls organization began to question his toughness and drive.

Interestingly, Rose this week mentioned NFL running back Adrian Peterson as another factor influencing the perception of his rehab. Peterson tore the ACL and MCL in his left knee in December 2011. But he was back in the Minnesota Vikings’ lineup in Week 1 of 2012. He played in all 16 games, rushed for a league-best 2,097 yards and was chosen the NFL’s Most Valuable Player.