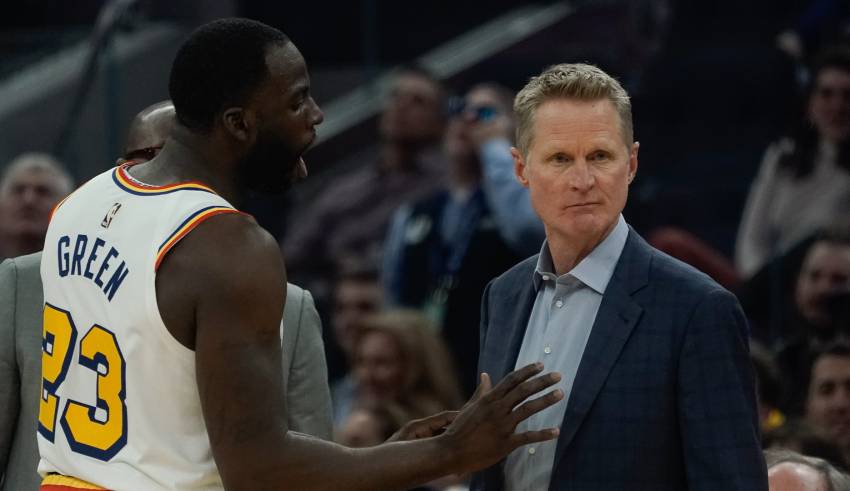 SAN FRANCISCO — Since the calendar flipped to 2020, the Warriors (9-33) have been searching for any sign of positively in a dormant season. They didn’t find it Thursday night, losing to the Denver Nuggets 134-131 in overtime at Chase Center.

The loss marked Golden State’s 10th straight, as they fell to 0-9 in overtime games over the last two seasons. The Warriors led the majority of the night, taking a 19-point lead in the second half against the Nuggets (28-12) before squandering it in the fourth quarter.

Michael Porter Jr. scored 18 points, including the go-ahead bucket with 1:16 to go in regulation. A minute later, Nikola Jokic hit a game-tying hook shot to send the game into overtime, leading to Golden State’s latest demise.

Here are the takeaways from a disappointing loss:

Golden State entered the game against the Nuggets with one of the worst defensive units in the league, allowing opponents to shoot 47 percent. On Thursday, they held the Nuggets to just 22.7 percent in the first quarter and forced two turnovers. By the end of the first half, Denver made just 15 of 49 (30.6 percent) from the field.

Along the way, the Warriors outscored Denver in the paint and off the bench, building a 19-point lead. Then the Nuggets woke up, outscoring the 89-69 in the second half and overtime, using a 16-6 run to cut the lead to two in the fourth quarter. Before Porter’s fourth-quarter layup, the Nuggets had not led all game.

It was yet another disappointing turn of events for a Warriors team looking for any signs of development.

Damion Lee returns with a bang

Lee has been waiting most of his career for a chance to play under a guaranteed deal. On Thursday, he made the most of his new status, finishing with 21 points and six assists in 37 minutes.

Lee’s importance to Golden State is apparent. During his 45 two-way days, he started 13 games, averaging 12.8 points over his last six outings. Upon return, Warriors coach Steve Kerr immediately put him in the starting lineup.

Based on his new multi-year deal, the Warriors would like Lee to be a long-term piece. The plan was made possible by Lee’s hard work. After two ACL tears, countless G League stints, and two two-way deals, he’s finally on the long-term stage he deserves.

D’Angelo Russell seemed primed for a tear after his 36-point performance last week in Memphis. After a 6-for-19 performance Thursday evening, those plans seem to be on pause.

The result didn’t seem likely in the first quarter, when Russell scored 10 points, including two 3-pointers in seven minutes. However, he shot 4-of-15 over the final three quarters and overtime. The sequence followed a recent theme for Russell, in which hot starts give way to puzzling finishes. In Tuesday’s blowout loss to Dallas, he finished 5-of-17 from the field after making four of his first seven shots.

Russell has the ability to go on large scoring binges. But with that strength comes occasional off-nights. If Russell can curtail the latter, the Warriors can be dangerous as long as he’s on the roster.