April 21, 2021
Trending
Home NHL How one of the NHL’s most gruesome injuries may have saved a life – Sportsnet.ca 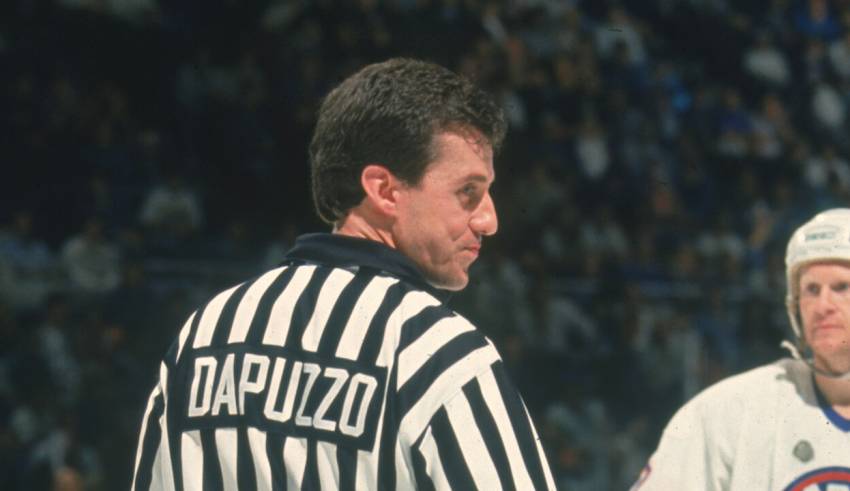 A Pat Dapuzzo influence story, courtesy of Charlie McAvoy: The Bruins defenceman was 13 when they met in 2011. He was playing for the New Jersey Rockets along with Patrick Jr., the second of Dapuzzo’s three sons, who McAvoy calls “Patches.” McAvoy and Patches hit it off, and their families became close. Having the NHL aspirations he did, McAvoy picked Dapuzzo’s brain any chance he got. “Every time he would come to games, I’d look for him after, and just knowing his background — he always loved to just talk hockey and catch up,” McAvoy says.

The team was run like a junior squad and would travel by bus to most games. Dapuzzo was one of the few parents who’d be in attendance, almost like the team’s chaperone. McAvoy says: “He really picked up a father-type presence.”

After one game late in the season, Dapuzzo asked McAvoy when he was leaving for Ann Arbor, Mich., for U.S. national team development camp tryouts, which were four days away. McAvoy hadn’t been invited. “He couldn’t believe it,” says McAvoy, who was disappointed, but had made his peace with the decision. Dapuzzo wasn’t ready to throw in the towel, and he told McAvoy so: “There’s no way this isn’t happening. You deserve to be there.” Dapuzzo got on his phone and one call led to another. A couple days later, McAvoy was invited to the camp. After his first game there, 24 Div. 1 colleges contacted Dapuzzo to offer McAvoy a free ride. “They came to me because nobody knew who he was or where he came from,” Dapuzzo says.

“Without Pat, I definitely wouldn’t have been the guy who got a chance to go and try out for that team,” McAvoy says. “It was nothing other than Pat being Pat. He’s so selfless and anybody he cares about, he’ll do anything, go above and beyond, to show that love that he has for you and to protect you.”

McAvoy calls his time with the USNTDP “two of the biggest years of my life,” which led to his growth as a player and ultimately getting to where he wanted to in the game.

“He always says, ‘I just made a phone call, that’s all I did,’” McAvoy says with a laugh. “It’s the modesty in Pat. It was a lot more than that to me.”