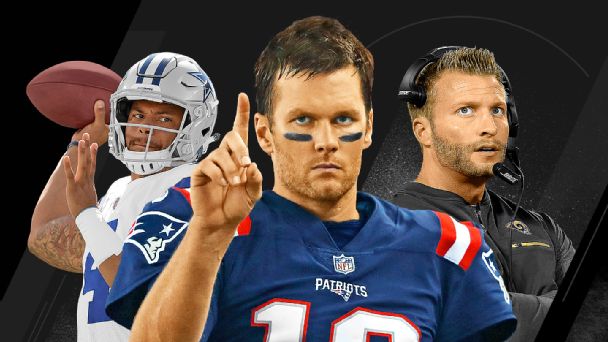 It was a routine play for the Baltimore Ravens and center Matt Skura. On a fourth down, quarterback Lamar Jackson ran against the Los Angeles Rams, and Skura locked up nose tackle Sebastian Joseph-Day. Then, Rams defensive lineman Michael Brockers accidentally crashed into Skura’s left knee.

Four months ago, when all of Brockers’ 305 pounds rolled into the side of Skura’s leg, Skura’s ACL, MCL and PCL were severed. His kneecap dislocated. Skura was the starting center for the NFL’s highest-scoring offense and was nearing his biggest payday. In one collision, his season was abruptly over in Week 12 and the course of a promising football career was altered.

Skura felt the pain of the NFL’s brutal unpredictability on that one play in Los Angeles. Then last week, the financial reality of that injury came. Skura received the low tender as a restricted free agent at $2.1 million, which is much less than the $3.2 million second-round tender he almost assuredly would’ve gotten if he had avoided injury.

“It’s crazy because we’ve ran those plays hundreds of times in the last three years and nothing happens. Then one play can change it,” Skura said. “And that’s the tough part, too. You think you can go back and rewind that play over and over again, and you try to change time. You think you can do that, and that’s the difficult part of mentally overcoming an injury. It happened and now you just got to move forward and you gotta focus on making your knee better or injury better rather than trying to dwell on the ‘what ifs.'”

There were plenty of shocked faces when Skura was carted off the field at the Coliseum. If anyone was going to be impervious to injury along the offensive line, it was going to be Baltimore’s iron man in the trenches. Skura had started 36 straight games. His 1,814 snaps, from the time he took over as starting center in the 2017 opener to when he blew out his knee, led the NFL.

It’s only natural for Skura to think back to the moment when Ravens left tackle Ronnie Stanley blocked Brockers so hard that the Rams defender fell backward into his leg. Would Skura have escaped injury if his left foot hadn’t been planted? What would’ve been the damage if his heel was simply off the ground?

This seven-figure difference in salary represents a big hit to the wallet for Skura, who went undrafted and earned $1.8 million in three years. His $645,000 salary last season ranked 43rd among centers.

This is purely a business move by Baltimore, which is pressed against the salary cap. The Ravens are looking for any wiggle room and are taking the calculated risk that no other team signs Skura to an offer sheet, given his health status.

“I definitely felt like, ‘This kind of sucks, possibly losing out on an extra million in salary,'” Skura said. “But I mean, right now, I’ve just got to deal with it and say, ‘It is what it is,’ and go out and show that I’m still the same great player that they loved before, and hopefully that pays off and instead of just a million dollar difference. You know it will be much more and so now we’re talking about tens of millions of dollars.”

Skura is aiming to return sometime in training camp, where he can look to regain his starting job from Patrick Mekari. Skura has been off his crutches for over two months, and he’s hoping to get back to running in a couple of weeks.

At home in Charlotte, North Carolina, with his gym closed due to coronavirus precautions, Skura has even taken to pulling his pickup truck with a bungee cord wrapped around his waist. Anything he can do to test the surgically repaired knee.

Even though it sounds strange to say it, Skura feels lucky in some ways. He didn’t tear his meniscus or suffer more nerve or artery damage. It was a significant injury, yet he knows it could’ve been worse.

His social media posts have shown him hitting the exercise bike and lifting weights. His agent, David Canter, tweeted last week: “[Skura] is WAYY ahead of schedule in his recovery.”

Ravens officials have expressed optimism in Skura’s return. Recently retired guard Marshal Yanda reminded coach John Harbaugh that he suffered nearly the same injury in his second season and he went on to play in eight Pro Bowls.

“He established himself as a one of the better centers, at least, in the National Football League, without trying even to overstate it,” Harbaugh said after Skura’s injury. “He was playing at a really, really high level and running the show up front. You just feel bad about it for him, but he’ll come back from it stronger than before.”

This was the first major injury of Skura’s football career, but he’s familiar in dealing with adversity.

A four-year starter at Duke, Skura thought he had a shot at getting selected as high as the fourth round but ended up signing with Baltimore as a free agent (after six other centers were drafted). He spent his rookie season on the Ravens’ practice squad before getting a tough first starting assignment in 2017. Skura was asked to fill in for a perennial Pro Bowl player, Yanda, in London. Skura had to line up at guard, a position he hadn’t played in five years.

After holding his own at guard, Skura took over at center in 2018 for Ryan Jensen, who left to become the NFL’s highest-paid center with the Tampa Bay Buccaneers. Skura developed into a steady presence inside, ranking as the league’s 16th-best center at the time of his injury last season.

“He’s a coach’s voice. He’s a coach’s eyes,” Ravens offensive line coach Joe D’Alessandris said. “He does what he’s supposed to do, and he plays hard.”

If Skura can establish himself again this season, he can cash in as a free agent next offseason. The top seven centers in the league are averaging $10 million per season.

Right now, Skura has to deal with a smaller-than-expected salary and a head-shaking coincidence. On the same day Skura’s tender was announced, the Ravens signed Brockers, the same player who inadvertently injured Skura, to a three-year, $30 million contract.

Will Skura ask Brockers to keep his distance out on the practice field?

“Maybe he can sit out some plays when I’m in there,” Skura jokingly said.