March 04, 2021
Trending
Home NFL How long can the Texans fail to get into the NFL's final four? – Texans Wire 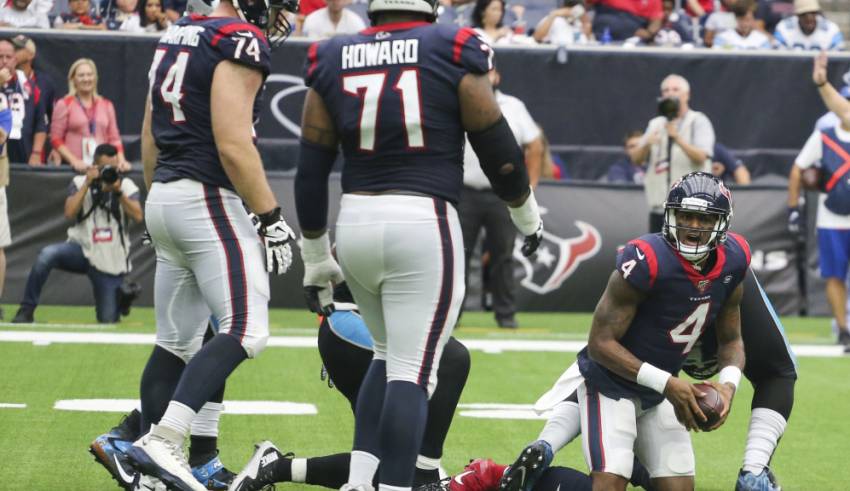 Fun fact: the Houston Texans are the first NFL or AFL team since the New Orleans Saints in 1967 to fail to reach either their respective league title game or conference title game.

Maybe that fact is fun if you’re a Dallas Cowboys fan living in Houston with your team blacked out on television each week, or maybe a downtrodden Indianapolis Colts fan. The fact is agonizing for Texans fans.

However, it is a reality the organization has to address, and soon.

While quarterback Deshaun Watson has completed his third season since the Texans drafted him in the first round in 2017, adding two Pro Bowls along the way, the reality is the window for Houston to at least crack into the NFL’s final four, let alone with a Super Bowl, remains open as long as Watson plays at a high level.

Franchise quarterbacks aren’t easy to come by in this league. Ask the Chicago Bears.

Initially, the reason why the Texans couldn’t even make the playoffs was they didn’t have a quarterback. Try as David Carr might as the franchise’s first ever draft pick, he took too many hits to let any talent blossom.

Enter Matt Schaub. Michael Vick’s backup with the Atlanta Falcons came over to Houston in a trade in 2007 that sent a pair of second-rounders to Atlanta, a swapping of first-round picks in the 2007 draft, and Schaub to the AFC South. Under coach Gary Kubiak, it took time for the offense to develop, but ultimately Schaub led Houston to its first winning season in 2009 and its best record to date, 12-4, in 2012.

When the Texans cleaned house after the 2013 season, a disastrous 2-14 campaign, Bill O’Brien was brought in from Penn State to fix the Texans. A former offensive coordinator with the New England Patriots who worked with Tom Brady, O’Brien was going to resuscitate the Texans as he did the Nittany Lions.

It’s easy to give O’Brien a pass from 2014-16 when the club posted three straight 9-7 seasons, won two AFC South titles, and earned a playoff win. O’Brien accomplished all of that with Ryan Fitzpatrick, Ryan Mallett, T.J. Yates, Case Keenum, Brian Hoyer, Brandon Weeden, Tom Savage, and Brock Osweiler under center. Think of what he could do with a real franchise quarterback!

Through three years of Watson, it’s the same result: two division titles and a playoff win — no first-round bye, no conference title appearance. As much as some Texans players want to wear Houston Oilers jerseys, they are keeping one Oilers tradition alive: the drought of a Houston NFL team not appearing in an AFC Championship Game since 1979.

Defensive end J.J. Watt, who won three NFL Defensive Player of the Year awards, did everything he could to keep the Texans competitive, and that will always be his goal. However, the game, the rules aren’t build around his position, the edge rusher. If anything, his position is quite villainous; he is a band of nemeses the hero — the quarterback — has to vanquish to claim victory.

The Texans have that hero in Watson, and going in the first round carries the expectation of competing for championships. As long as Watson is playing at a meritorious level, the Texans should always be a threat to play in the conference title game. Coaching and the front office can retool the team to have a great pass rush or lock down cornerbacks or emphasize the run or go full spread — Watson keeps the window open.

However, the Texans have to act swiftly and decisively to build a winner. 18 years goes by quick.