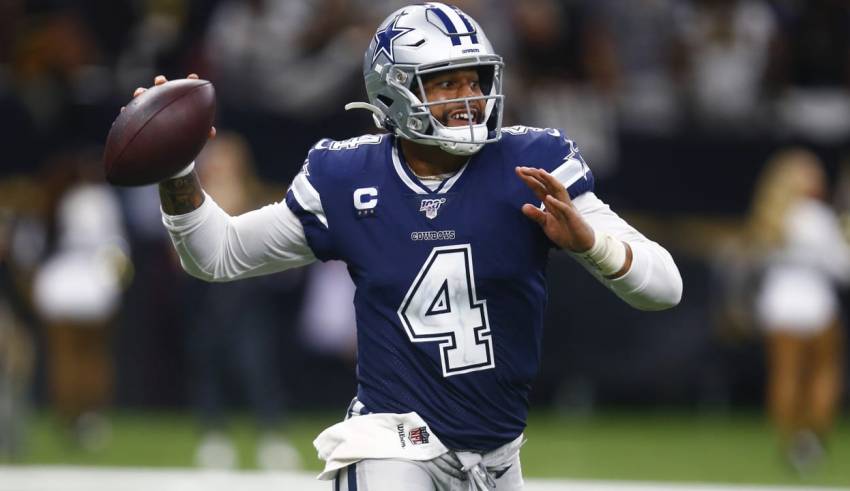 One of the NFL’s longest-running dramas is Dak Prescott’s quest for a long-term contract from the Cowboys.

Designated with the franchise tag, Prescott’s yet to sign his tender to play the 2020 season under the tag and obviously he’s yet to come to terms with Dallas on a long-term pact.

Prescott’s contract situation has been a newsworthy topic even prior to last season and it lingers now.

While it remains to be seen how it all plays out, a look into gridiron history provided by NFL Research suggests that Prescott playing under the tag doesn’t bode well for a long history in Big D.

There have been 11 instances in which a quarterback has been designated as a franchise player since 1993, when the tag was introduced.

There have been eight quarterbacks, including Prescott, to be tagged.

There have been two who have played a season under the tag prior to Prescott: Kirk Cousins and Drew Brees. And Cousins and Brees each went on to sign long-term deals with other teams.

Cousins went on to sign a three-year, $66 million contract with the Vikings in 2018 after consecutive tags from the Redskins. A fourth-round draft pick by Washington, Cousins played out his rookie contract before he was tagged and eventually moved on to Minnesota.

Brees likewise played out his rookie contract before the Chargers placed the tag on him. In 2005, Brees competed for the Bolts under the tag and then moved on to the Saints by way of a six-year, $60 million contract.

A fourth-round choice by the Cowboys in 2016, Prescott earned the first of two Pro Bowl bids as a rookie and has long been one of the best bargains at quarterback in the NFL. Across his first four seasons, Prescott averaged just $680,848 per season, according to Sportrac.com. He’s now due $31.4 million for 2020 if he signs the tag. A standout and a model of durability, Prescott has started in 64 consecutive games to begin his career. During a tumultuous 2019 campaign for the Cowboys, Prescott had his finest numbers yet with career highs of 4,902 passing yards and 30 touchdowns.

Now the question of Prescott’s contract and future with the Cowboys carries on, just as it seemingly has for so long now.

Will he play under the tag? And if he does, will he continue along the lines of Brees and Cousins and move on to another franchise? We shall see.

Quarterbacks to be Designated