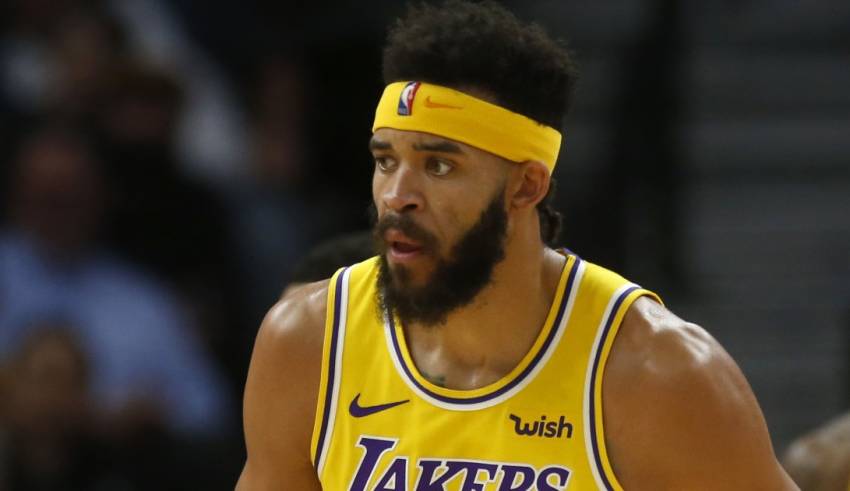 When the Lakers announced in March that two of their players had tested positive for COVID-19, many people worried about center JaVale McGee. People he knew shared their concern with him. People he didn’t know speculated about him on Twitter.

Their apprehension stemmed from the fact McGee has asthma, a respiratory condition that could make a person at higher risk for developing complications like pneumonia from COVID-19, which is a respiratory illness. McGee had pneumonia in December 2018 that led to a three-day hospital stay as he recovered.

“Yeah, I mean everybody was worried about me,” McGee said earlier this month. “But nothing happened so …”

McGee said he was not one of the two Lakers who tested positive — their identities remain unknown — and the incident didn’t scare him. He said he has not tried to dramatically change his lifestyle during the pandemic because he was a homebody anyway.

He never had qualms about returning to play in Florida when the NBA resumes the season with games beginning July 30.

“I’m definitely comfortable,” McGee said. “We’ve been away for a while now and we’ve been COVID-free for this long. I definitely think we’ll be OK as long as we take the necessary precautions.”

According to people with knowledge of the situation and the NBA’s health and safety manual that The Times reviewed, Lakers doctors could “protect” McGee and any other players they deem to be at high risk. A week ago, players had to complete a three-page medical questionnaire and team doctors must evaluate them by Thursday.

Among the questions for players and traveling staff was whether or not the person has or had suffered from moderate to severe asthma.

Houston’s James Harden and Brooklyn’s DeAndre Jordan are among the other NBA players who have asthma.

Testing for coronavirus and antibodies began Tuesday around the league, with both Lakers and Clippers staff undergoing the procedures.

Teams must determine if any players’ medical histories should prohibit them from traveling to Orlando in early July to compete in the league’s resumed 2019-20 season at the Disney World sports complex.

Dr. Anthony Fauci, the director of the National Institute of Allergy and Infectious Diseases, thinks the NBA’s efforts are on the right track.

“I think they might very well be quite successful with it,” he told Stadium, a sports network. “They really wanted to make sure that the safety of the players was paramount.”

Asthma is not the only factor that could cause people to be considered “high risk” with COVID-19 in the eyes of the league. Other factors include chronic lung disease, heart conditions, immune disorders, diabetes and severe obesity.

If a team rules a player or staff member shouldn’t be included once the season restarts, they can appeal that decision to a panel of three doctors.

Conversely, players can also elect to opt out of the resumption of play for medical reasons, and upon receiving approval from a panel of three doctors those players would not have their pay affected. That decision can also be appealed to a single arbitrator.

The NBA is requiring teams to finalize their 35-person travel parties by July 1, and it doesn’t prohibit those travel parties from including people deemed “high risk” as long as they have a physician’s approval.

McGee has pushed back against the idea of his vulnerability because of past respiratory problems. During his first season with the Lakers, he pushed back when a reporter suggested that his asthma might impact the number of consecutive minutes he could play in a game.

“Stop bringing that up like I’m out here wheezing and having asthma attacks,” McGee said. “I’ve never had an asthma attack [on the court] in my life. There’s a lot of people with asthma in the league.”

Stigmas about age were a concern for some coaches when the subject of “at-risk” people being separated was first raised by NBA Commissioner Adam Silver during a television interview. The CDC does say “older people” are at a higher risk for complications, but none of the NBA’s protocols are dependent strictly on age.

But with coronavirus infections surging in Florida, NBA and team physicians have to decide whether those medical issues could end up having a much greater cost.