April 22, 2021
Trending
Home NBA Giannis playing in Milwaukee over L.A. or Miami is a championship for the NBA – Yahoo Sports 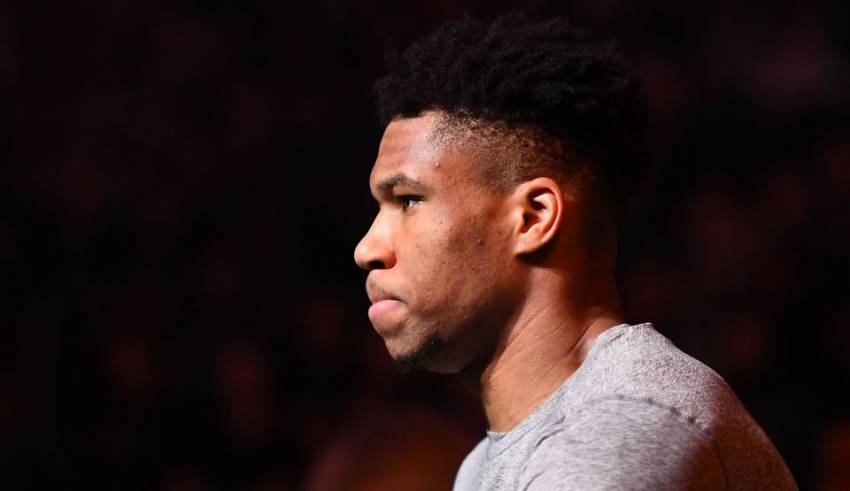 Two-time reigning MVP Giannis Antetokounmpo announced Tuesday that he would sign a supermax contract extension that will keep him in Milwaukee through the 2025-26 season.

Since the extension is worth $228.2 million — in addition to the $27.5 million Antetokounmpo is to earn this season — it’s a great deal for the 26-year-old who grew up in poverty in Athens, Greece.

Since Milwaukee was on pace to win 70 games last year before COVID-19 hit, and players of Antetokounmpo’s caliber don’t just wander off Lake Michigan every day, it’s a great deal for the Bucks as they try to win their first NBA title since 1971.

It may be even a greater day for the NBA itself.

While Giannis was going to play brilliantly somewhere for the next half-decade, it is a significant boon, and major boost to competitive credibility, that he decided to do it with the small-market franchise that drafted him.

In this case, Milwaukee is a lot better than Miami … or Los Angeles … or Brooklyn.

The league is in an interesting place right now, with player empowerment determining championship aspirations. More than ever, stars are herding together in preferred destinations to build short-term title contenders.

In this case, could that mean rather than flocking to a big market or trendy, warm-weather destination, a winter in Wisconsin might actually be enticing for other great players?

The prospect of a title can do that, as Houston’s James Harden is now considering the Bucks a potential trade destination according to reporting by The Athletic. If not Harden, it’ll be someone. The chance to play alongside Giannis is enough to override nightlife and tan lines.

There is nothing wrong with players trying to build rosters that can win it all. It’s the power those players have negotiated. It’s what is done in nearly any other profession on earth.

If anything, players valuing victories over money and stats is a positive. For decades fans have lamented watching great players head off to whatever team could or would offer a single extra dollar or a single extra minute of playing time. Now winning is everything.

Part of that is because salaries are so large that money isn’t proving to be the prevailing motivator anymore. Harden, for example, wants out of Houston, even if staying meant he could have become the league’s first $50 million per year player. (Instead, he’ll stick with his $40.8 million salary this season and try to force his way to what he perceived to be a contender.)

The NBA would likely prefer Harden stay put, work with the newly acquired John Wall and try to claim a title for the Rockets. If that’s not possible, it’s significant that a veteran star in search of a ring would wind up in an unlikely destination.

The league works best when all 30 franchises have some hope of winning a championship — perhaps not every season (some teams will always be bad). Eventually though.

Essentially, if you draft well and build around top talent, then anything is possible. The down years have a purpose. The system, including allowing teams to pay more to keep free agents, encourages widespread competitiveness. It’s how you get your dynasties in San Antonio, or your title runs in Cleveland, Detroit or Dallas.

The NBA needs that. It can’t stop super-teams (or would-be super-teams) from forming in California or New York, but entering a season where only five or six fan bases think they have a chance isn’t ideal.

And if the perception is that even if you draft a young star, he’ll eventually leave for the same half dozen spots, then what’s the point of investing emotionally in a franchise? Small markets can become something like the G League and fans in Memphis (Ja Morant) or New Orleans (Zion Williamson) or even Dallas (Luke Doncic) quickly realize they are just biding time.

Giannis, presumably just entering his prime, is the generational talent who can upend the balance of things. General manager John Horst has done a spectacular job surrounding him with complementary pieces — often low-profile, underappreciated veterans. Eric Bledsoe, Brook Lopez, Wesley Matthews and George Hill were brought in over the past couple of years. Donte DiVincenzo and Pat Connaughton were drafted. Khris Middleton has been a franchise mainstay.

It was enough for the Bucks to win a lot of games.

Without Giannis, they weren’t going anywhere. And without another superstar, they may not be enough to win it all. We’ll see.

The path to the NBA Finals in the East though doesn’t just roll through familiar haunts such as Boston and Miami, or even the budding all-star team in Brooklyn.

The best player, and best chance for the next five years, might be in Milwaukee, of all places. For the league as a whole, that’s a championship all by itself.