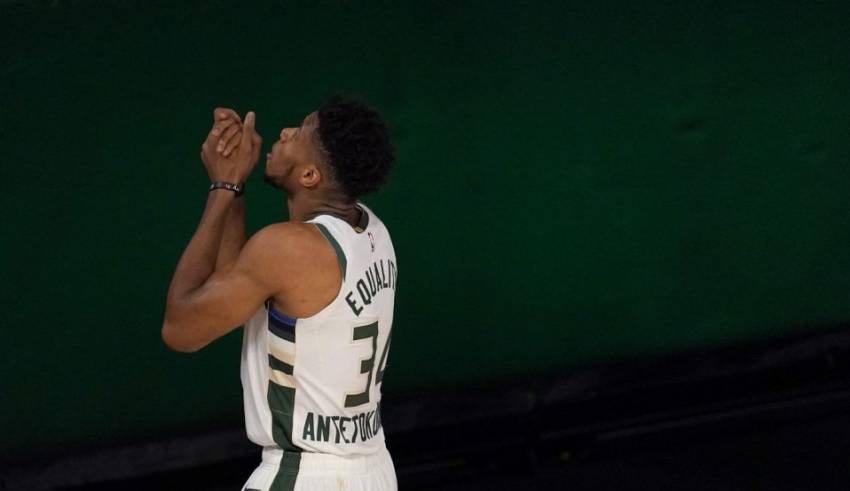 It’s impossible to say the last time a win for Milwaukee was a bigger win for the NBA, but Giannis Antetokounmpo’s re-upping with the Bucks and forgoing free agency certainly qualifies.

While it bucks the trend of recent superstars and Finals MVPs maximizing leverage only to dip out the front door for the next best destination, free agency had been a boon for interest in the NBA.

Catchy tweets and clever photoshopping signified the NBA turning into a 24/7 league, rivaling only the NFL in the contemporary American landscape. Antetokounmpo, although not American, seemed destined to be the next star fans connected with to head to the biggest market for any number of reasons.

The player revolution began when LeBron James spurned Cleveland on national television a decade ago, and the ripple effects are still evolving. But since that moment, it’s turned basketball players into tightly wound and polarizing figures of our imagination, players who had to be careful of every road interaction, every postgame hug and dap with an opponent, every aggravating back-and-forth with nosy media.

Kevin Durant became the first ripple in this player empowerment era, quietly signing an extension with the small-market Oklahoma City Thunder on the same day as LeBron’s “Decision,” thus being positioned as a direct foil — not only on the court but off.

Attributes were assigned to Durant he never asked for, thus creating the backlash when he exercised his right as a free agent to go with the Golden State Warriors some six years later. The labels he didn’t wholeheartedly embrace or reject were then used to make him a villain because he made a career decision to tip the scales of competitive balance in joining a dynastic team — one that needed him as much as he needed them, it should be said.

And in these 10 years, every player with two years or fewer on his contract turned his franchise and fans into stumbling, bumbling messes of anxiety. Every personnel move analyzed under the guise of “will player X stay or leave in 18 months” because of this, taking away from … well, the game itself.

The illusion of what could be disrupted the beauty of “what is,” and in some cases, interrupted natural growth within teams and lord knows how many players and coaches were caught as collateral damage.

But as the saying goes, “Absolute power corrupts absolutely,” you could feel things turning into a much more dangerous place. Even Nike, when taking over as the NBA’s apparel outfitter a couple years ago, stated consumers could return jerseys if players left their teams within a period of time.

Fans were paying less attention to what was happening on the 94-by-50 and more on the sidelines, the baselines and tunnels. And while hardly anyone could complain about the possibility of spending early June in Miami, especially crotchety journalists, the game would be better for its present and future if there was diversity in its story.

In the tired old “Love Jordan, Hate LeBron” argument, there’s always some trump card of Michael Jordan sticking it out with the Bulls before finally winning a title in his seventh season — the trope that he didn’t abandon Chicago to go to Boston or Los Angeles or even Detroit to get to the mountaintop.

But what’s lost in that is free agency as we know it didn’t exist, and the fact Jordan was inching closer every year to glory. Grumpy as he might’ve been, he knew the Bulls were doing things right as opposed to treading water. Isiah Thomas was on the same journey with the Pistons, repeatedly knocking on the door before conquering Larry Bird and Magic Johnson.

Those stories, while mythologized of course, add to the texture of the league, the storytelling the NBA, honestly, has to build upon to sell itself to fans. The audience needs something to invest into, and the players need to see incremental progress.

Charles Barkley staying in Philadelphia too long didn’t help the league; same with Kevin Garnett staying in Minnesota. No player has to be a martyr to the league’s bigger picture or a victim of organizational incompetence.

But Antetokounmpo staying with the Bucks isn’t an anti-player empowerment move or simply the “Coming to America” feel-good story making you feel good. The Bucks have made smart decisions, especially in the wake of the discovery that a guy who was drafted 15th in 2013 didn’t look like a star until 2016.

Remember, Jabari Parker was the second pick in the 2014 draft, following Antetokounmpo’s rookie season. The eggs weren’t even in his basket until a few years ago, and even though the last two seasons have ended unceremoniously after MVP campaigns, they’re competent and not just sitting on their hands.

You couldn’t necessarily say that for Dell Demps in New Orleans with Anthony Davis or Danny Ferry with LeBron James during his first go-round in Cleveland, although it may not have stopped either from bolting anyway.

Antetokounmpo, perhaps realizing his own flaws in an evolving package, knows he has work to do and this allows the Bucks to grow patiently with urgency. And if the James Harden saga is any indication, a superstar player can make a stink and ask out at any time regardless of his contract, so it’s not like the Bucks can operate with impunity.

The beauty of LeBron James is the constant pressure his on-court greatness placed on the front offices he played for, even more than his practical contractual status. And Antetokounmpo is approaching that level, assuming he closes up the holes in his game.

Making this decision with six days remaining before the deadline shows this wasn’t a no-brainer, and one thinks he evaluated the future free agency landscape before making a practical decision that was sprinkled with emotion, not the other way around.

It’s unfair to ask a player to bear the responsibility of upholding the league’s standing with its consumers, make up for his franchise’s shortcomings and handle his own personal legacy all at once.

Very few times does it align where a player can do all three without much conflict, and it’s a critical and unspoken reason the golden era of the ’80s still sparkles some four decades later. Yes, stars have always had power, but it’s better when they don’t have to swing the hammer at every opportunity, because the people they’re working with are just as excellent or at least adequate at taking the advantage that having a star provides.

There are no guarantees franchise pillars like Antetokounmpo, or Stephen Curry, remain in one spot, forever, nor should they feel the pressure to.

But when the impossible becomes realistic in the face of so much evidence to the contrary, everyone can stand to benefit — for now.