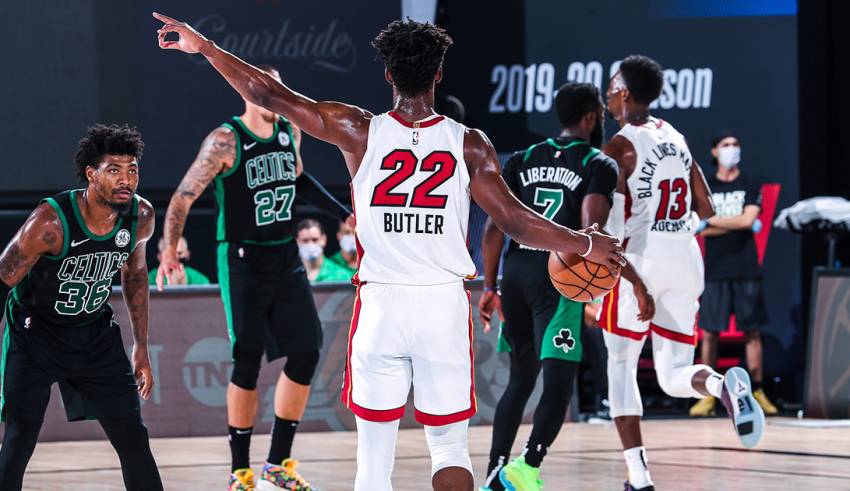 What to watch for:

– The HEAT have connected on 179 three-point field goals this postseason, the second-most during a single postseason in team history.

– The HEAT had four players each score at least 20 points in Game 4, marking as just the third time in team history at least four Miami players each eclipsed the 20-point mark in a single postseason game.

– Goran Dragić has currently scored in double-figures in 31 consecutive postseason games, the fourth-longest streak by a member of the HEAT in team history.

– Tyler Herro has scored in double-figures in each of Miami’s 13 playoff games, the longest postseason double-figure scoring streak by a rookie in HEAT history, surpassing the previous record of 10-straight games which was held by Dwyane Wade.

–  Gabe Vincent (Knee) is questionable for Game 5. Chris Silva (Stress fracture) is out.

– The HEAT and Celtics met three times this regular season with Boston winning two of those three matchups.

– The teams enter this postseason having faced each other three previous times during the playoffs with Miami winning two of those three series.

Thanks to a historic performance from Tyler Herro, Miami defeated the Celtics 112-109 Wednesday night at AdventHealth Arena in Orlando to take a commanding 3-1 series lead in the Eastern Conference Finals. Herro finished the night with a career-high 37 points on 14-of-21 shooting from the field.