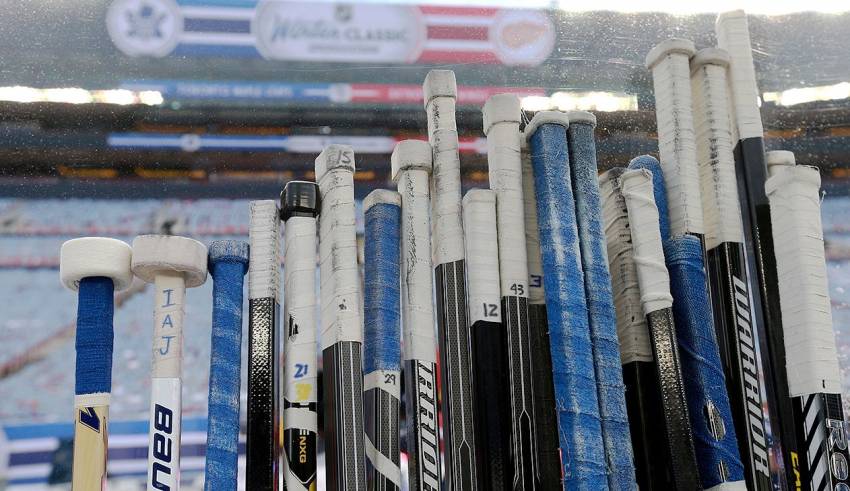 PRINCE ALBERT, Saskatchewan — Fred Sasakamoose, one of the first Indigenous players in the National Hockey League, has died after fighting COVID-19. He was 86.

Sasakamoose’s son, Neil, said in a video posted on Facebook that his father died Tuesday in Prince Albert.

“This COVID virus just did so much damage into his lungs, he just couldn’t keep responding, his body just couldn’t keep up,” Neil Sasakamoose said in the video. “When I talked to him, I asked him how he was feeling, if he was scared. He said, `I’m not scared, I’m ready to go, if I got to go, I’m going to go.'”

Sasakamoose played 11 NHL games for Chicago in 1953-54, making his debut at 18 on Nov. 20, 1953, against Boston. The forward failed to score in his short NHL stint, logging only six penalty minutes, and spent most of the season with the junior Moose Jaw Canucks.

“We lost a luminary in the hockey world with the passing of Fred Sasakamoose,” the Blackhawks said in a statement. “Fred inspired many across the sport and throughout North America after becoming one of the first Indigenous-born athletes to play in the National Hockey League.”

Sasakamoose split the 1954-55 season with Chicoutimi in the Quebec Hockey League and New Westminster in the Western Hockey League, then played two games for Calgary in the WHL in 1955-56.

After his playing career, Sasakamoose returned to the Ahtahkakoop Cree Nation north of Saskatoon. He became a band councilor and chief and worked to develop minor hockey and other sports programs across Saskatchewan.

“I will always treasure meeting Fred at the 2019 Heritage Classic in his native Saskatchewan, getting to spend some precious time getting to know him and the gift he gave me that day — a statue depicting his NHL rookie card,” NHL commissioner Gary Bettman said in a statement.

Sasakamoose was one of 11 children, though only five survived childhood. He was forcibly taken from his community in central Saskatchewan to a residential school as a child. He told a Truth and Reconciliation Commission hearing in 2012 that he had been sexually abused by other students and recalled being whipped and having coal oil poured over his head.

Sasakamoose was named to the Order of Canada in 2017, and given an honorary doctorate of law by the University of Saskatchewan this year.

Sasakamoose died a week after finishing editing his memoir. “Call Me Indian: From the Trauma of Residential School to Becoming the NHL’s First Treaty Indigenous Player” is scheduled to be released April 6.