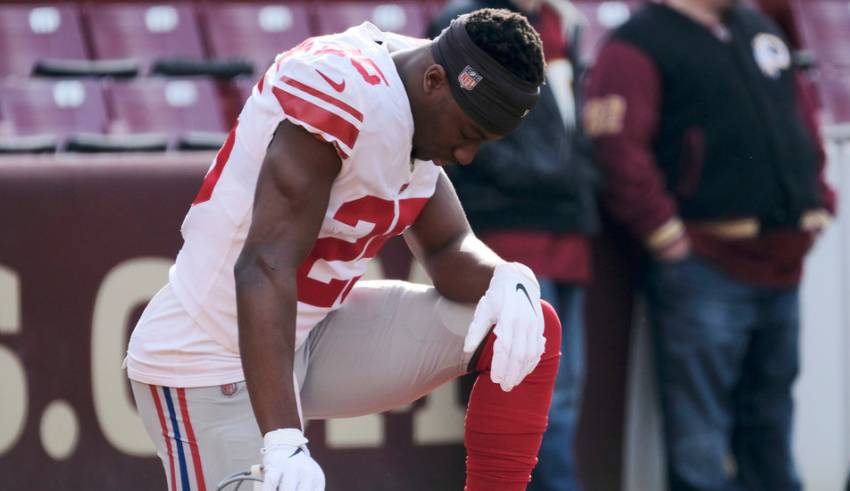 The New York Times Sports department is revisiting the subjects of some compelling articles from the last year or so. Here is our June report on a deadly incident that followed the N.F.L. draft.

When the difficult moments come, and there have been a number of them over the past eight months, Corey Ballentine often finds inspiration in remembering his best friend, Dwane Simmons.

The two were defensive backs and inseparable teammates at Washburn University in Topeka, Kan., until the April night when Simmons was cut down in a hail of gunfire. The shooting happened only hours after Ballentine was drafted by the New York Giants, and it was as if Ballentine had lost a twin brother.

During their four years in college, Simmons had always been there for Ballentine. He had an infectious sense of humor that popped up everywhere — on the playing field, in the apartment they shared — and he would put the joking aside to encourage Ballentine to persevere through tough practices and classes.

Then came the shooting. A few months later, Ballentine was in class again, but this time at the Giants’ training facility in New Jersey as he tried to figure out how to hold his own as a rookie in the N.F.L.

And even if Ballentine could no longer call his friend to talk it through, as they had done so often in college, Simmons’s photo was right there on Ballentine’s smartphone as the wallpaper every time he turned it on.

“I think about things he would say to me when we went through tough times,” Ballentine said in a recent telephone interview. “Certain things remind me of him, and I’m like, wow, he really did have a positive influence on my life and made me happy. It gives me inspiration to keep moving forward.”

Ballentine was wounded in the April 28 shooting, which occurred just a few blocks from Washburn’s campus. He and Simmons, who were 23 at the time, had been out with other teammates celebrating Ballentine’s selection by the Giants in the sixth round of the N.F.L. draft. They had just left a school party with athletes from other teams when a group of men rolled up in a car.

The police and witness accounts said the athletes told the men to move on. The car lurched forward, then stopped, and dozens of shots rang out, apparently from someone inside the car.

Ballentine was struck in the backside, and after surgery and weeks of rehabilitation, he recovered in time to make the Giants’ roster — a notable accomplishment for a draft pick from a Division II college. Simmons was struck in the head and died.

For weeks no arrests were made, but it turned out the Topeka police had a suspect in custody. Francisco Alejandro Mendez, 18, had been arrested on May 1, three days after the shooting, accused of committing a series of aggravated robberies. Weeks later, Mendez was charged with the first-degree murder of Simmons and the attempted murder of Ballentine. He is awaiting trial in February.

In September, Ballentine was called to testify at a preliminary hearing in the case a day after he played in his first regular-season game, at Dallas. He returned two kicks and participated in nine defensive snaps that day, then flew to Topeka, accompanied by David Tyree, a former Giants wide receiver who is now the team’s director of player development.

The hearing jolted Ballentine. Simmons’s family was in the courtroom, as was Mendez.

“It was very difficult,” Ballentine said of seeing the man accused of the shooting and “all the photos that I had to identify.” He continued: “It was really hard, man. And seeing Dwane’s family; the pain and sorrow I felt for them. There’s nothing I could do to make it better.”

Shaken, but determined to fulfill the dream that both he and Simmons shared, Ballentine returned to New York to resume the start of his career. As the season progressed, he showed enough talent and resolve to go from a special-teams player to a regular fifth defensive back, covering slot receivers, one of the most difficult jobs on the field. By Week 9, in a second engagement with the Cowboys, Ballentine was given regular defensive assignments.

From that point forward, he has played in at least two-thirds of the Giants’ defensive snaps in all but one game in which he has participated. Ballentine said the transition from Division II to the N.F.L. has required a significant leap on his part, but his coaches have noticed that he rarely makes the same mistake twice.

Even when Ballentine struggled for a stretch, the Giants retained their faith in him, as did Craig Schurig, Ballentine’s coach at Washburn. Schurig watched as many of Ballentine’s Giants games as he could this season. But he was also busy with his team and with efforts to increase safety and awareness in Topeka after the shooting.

“In the wake of what happened, the city of Topeka has really rallied around us,” Schurig said. “It has really kick-started an effort in the community to get some things cleaned up. It got some movement in the right direction.”

School administrators have also established a Dwane Simmons scholarship that will provide tuition assistance for up to 10 future students. And on Dec. 14, Navarro Simmons and Chaquilla Williams, Dwane’s parents, accepted his diploma at Washburn’s winter commencement ceremony.

“It was a good day,” Schurig said, “and the good days are hard to come by.”

During the season, several Washburn players who were close with Simmons and Ballentine honored Simmons by wearing his No. 17 jersey in games. But no one wore it on seniors day, and Simmons’s locker has remained untouched, serving as a memorial.

Schurig said that Simmons worked hard on the football field and in class and that the example he set would endure at the school. As it will for his best friend.

“I’m carrying him with me in spirit,” Ballentine said. “I know he’s always with me.”