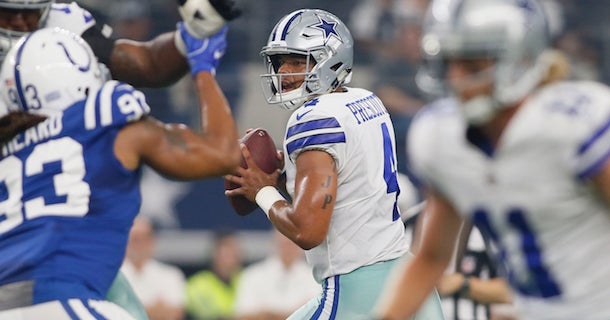 Reading the tea leaves around the NFL, most insiders and former players are surprised Dak Prescott’s long-term extension with the Dallas Cowboys hasn’t been finalized yet, two months out from the July 15 deadline. Judging by what’s been said on the record by the franchise’s front office and Prescott himself, both sides believes another official marriage and considerable pay bump is coming, but the process has been unclear and quite muddy, at best.

The Cowboys used the franchise tag on Prescott in March, agreeing to pay him $31.4 million in 2020. He hasn’t signed it yet and prefers a four-year deal with a substantial guaranteed lump sum, reportedly.

Should Prescott and the Cowboys not bend a bit and agree to terms, would Dallas deal the former Mississippi State star elsewhere?

Gino Terrell of Fansided opined this week on five franchises who should reach out to Dallas should negotiations take a southward turn with Prescott. Not only would a sizable trade take Prescott off the books financially for the Cowboys, but they already have proven starter Andy Dalton in the quarterback room with a host of weapons around him, including first-round pick CeeDee Lamb

This isn’t meant to suggest Dallas is entertaining offers, but if the opportunity is there with a chance at a sizable return, perhaps the Cowboys would entertain the idea should the July 15 long-term extension deadline near with staled negotiations.

Here’s a look at those five teams and what they could offer the Cowboys for their franchise player: 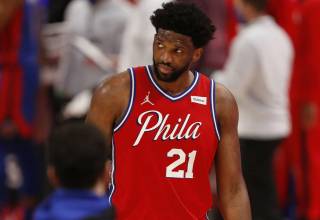