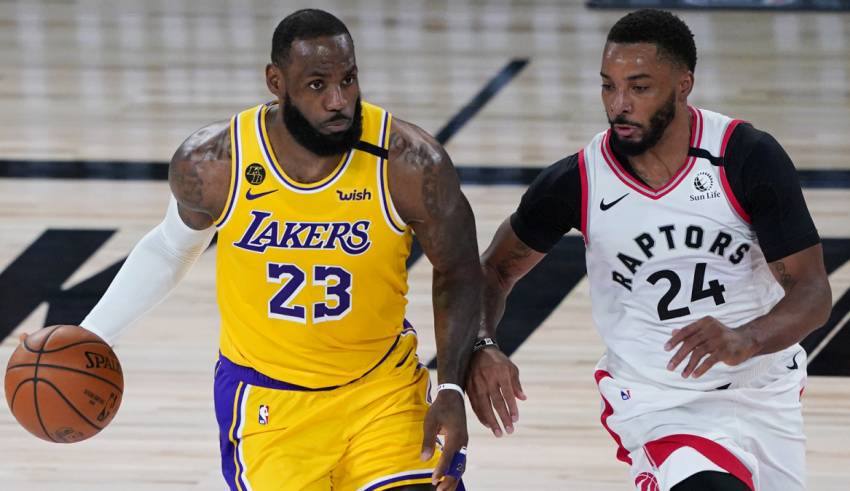 The NBA is back, and I’m still conflicted. I’ve been concerned with the “bubble” plan from the outset, and as someone who didn’t think the league should return even before America completely botched the handling of the COVID-19 pandemic, most of me still can’t believe there is now real, consequential basketball in our lives. Make no mistake, no matter how many fake fish are in the sea, no matter how many bubble life videos you watch, the basketball is still taking place during a deadly pandemic that’s not slowing down. The merits of the NBA and every other league’s return still deserve our scrutiny, both from a public health and civil rights perspective. I know I personally will still be exploring those aspects of this story, but I also watched a lot of hoops the last four days—and I have some thoughts.

The Rockets Are Agents of Chaos

Sometimes, NBA Twitter can will a narrative into existence. The Rockets were a source of intrigue before the restart, especially in terms of how their high variance style of basketball would work in a completely foreign environment. So far, the results have lived up to the chatter. Houston has notched two wins over quality opponents in the Mavs and Bucks. Their nanoball, bombs-away approach has worked. James Harden went off for 49 against Dallas, while Russell Westbrook scored 31 against the Bucks. In only two games, the Rockets have attempted 109 threes while allowing 104 points in the paint. Houston is so comically committed to their style of play that every possession feels boom or bust. It’s oddly thrilling.

It’s also worth pointing out how great Westbrook has been. After a dispiriting exit from OKC and a shaky start to his Rockets tenure, he hit his stride in the middle of this season, and In Orlando, he’s picked up where he left off. Russ also poured in 31 against Dallas, Westbrook is putting so much pressure on defenses by relentlessly attacking the rim and not settling for threes. The efficiency is still not perfect, but at the very least, this is the most entertaining version of Westbrook we’ve seen arguably since his split with Kevin Durant—and yes, that includes his MVP season in 2017. Give me the the Russ who is determined to get into the paint on every possession over every other version.

Where are the Curse Words?

I tweeted something to this effect (sorry, that’s a really gross thing to write), but if the NBA’s slogan is “Whole New Game,” then why are they trying so hard to make the game sound like a normal one? Look, am I actually upset about this? No. But let’s hear some curse words! Or at least some trash talk! Maybe even a crumb of players calling out defensive assignments!

Despite my reservations on a larger scale, I can admit bubbleball is still a very good television product. The screens around the court maintain a cozy feel, which is instrumental in the absence of fans. (In retrospect, playing in empty arenas in mid-March—which almost happened!—would have been awful.) I actually don’t mind the virtual fans. I like the lack of clutter along the baseline. I just want to hear more of what’s actually happening on the court. When someone fake sneezes at Giannis while he’s shooting a free throw, I should be able to hear that, not have to read about it on social media. And you know what? I’d even be willing to pay extra for this. Give me a premium tier just so I can hear every LeBron grunt when he’s shutting down Kawhi Leonard during the final seconds of a close game.

One on hand the Blazers, sitting in 10th place in the Western Conference, were involved in some of the bubble’s most entertaining moments through the first four days of the restart. On the other hand, even with their shocking, inexplicable win over the Mavericks, I still have no clue why the Suns were invited to this thing. Meanwhile, the rules for the seeding games were seemingly engineered just to shoehorn Zion Williamson and the Pelicans into the proceedings, except Zion is on burst control, and New Orleans has lost its first two games.

I’m not saying the games haven’t been good. But I could do without Phoenix, Washington, Sacramento and Brooklyn being involved with the restart. Heck, even the Magic—who play in Orlando and are the eighth seed in the East—I could have done without. So in the next pandemic 150 years from now, I hope cyborg Adam SIlver only invites the 16 best teams to the NBA colony on Mars, and has those 16 play some seeding games before starting the playoffs. The stakes are still high—maybe the top four seeds get an all-expenses paid trip to Magic City—and we don’t have to deal with sub-.500 teams mucking up the bubble.

Hm, we should probably talk about the naturally grey-bearded 35-year-old who is still very much in the running to be the best basketball player alive (and, uh, perhaps ever.) By far the most exciting real-time three minutes of this whole restart experiment was seeing LeBron hitting a go-ahead shot against the Clippers, then coming back down on the other end of the floor and putting the clamps on Kawhi and Paul George on the same possession. I really do not have the appetite for the legacy conversation surrounding whatever the hell is going to happen over the next couple months. I have no clue how to put whoever will win the Finals in the proper context because all of this [gestures broadly] is still very hard to comprehend. But every fun LeBron moment is almost good enough to take your mind off everything else happening in this fraught time.

The NBA Has to Feel Great—For Now

With the coronavirus still raging in Florida and the unpredictable nature of how it will play out politically day-to-day, I doubt Adam Silver feels comfortable right now, but he has to be pretty satisfied with the restart experiment. No positive tests since players entered Orlando. Entertaining games. A commitment from players to the protocols agreed upon by the league and the union. Again, the ethics of this whole enterprise are still murky at best. But the NBA has thoroughly outclasses every other sport in its return. MLB has already seen multiple teams suffer outbreaks. The NFL is still holding out hope to have fans at games. And the NCAA is seeing its facade crumble as players realize their collective power.

For better or for worse, the NBA and its players worked tirelessly together to find a way to play that wouldn’t increase the odds of those within the league to get sick. As the numbers continue to paint a devastating picture everywhere else, sports or otherwise, you can’t argue with the NBA’s results.