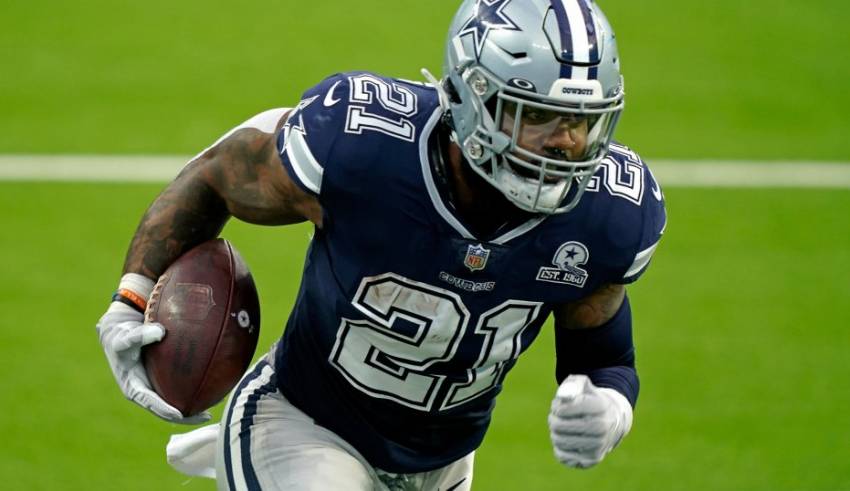 NFL depth charts are always in a constant state of flux due to transactions, injuries, performance and at-times questionable coaching decisions. The RB position in particular can be tough to stay on top of, as an overwhelming majority of offenses have replaced a single three-down back with committees of various shapes and sizes.

What follows is a breakdown of each team’s backfield ahead of Week 2 in order to better determine:

This isn’t a full depth chart listing; I’m not concerned about special teams RBs or guys that will be lucky to play more than an offensive snap or two come gametime. Rather, the goal here is to get an early idea of the league’s various committee situations in an effort to see undervalued backfields. We’ll also take a quick look at Week 2 matchups with some DraftKings notes.

Each back’s Week 1 snap rate, carries and targets is listed next to his name in parenthesis. Click here for a usage cheat sheet for every backfield’s top-two backs from Week 1. Note that the snap rates denote total snaps, so teams with a dual-threat RB/WR like Austin Ekeler or Tarik Cohen will have a total percentage higher than 100% since those backs typically spend a solid chunk of time lined up in the slot or out wide.

Notes: This continued to largely be a one-RB backfield. Both backs found the end zone in Week 1 despite Kyler Murray racking up a 13-91-1 rushing line himself. Drake has now played at least 64% of the Cardinals’ snaps in every game since being traded from the Dolphins.

The big plays weren’t there in Week 1 against the 49ers’ elite front-seven, and Week 2’s matchup against the Washington Football Team’s suddenly elite defensive line might not yield significantly better results. Still, Drake remains firmly in the fantasy RB1 conversation with a 15-20 touch workload inside of one of the league’s most-efficient rushing attacks. Edmonds should be scooped off of any waiver wire if available; he’d be an RB1 himself if Drake misses any time.

DFS notes: Drake ($5,900) rather inexplicably fell to the RB13 on DraftKings. Meanwhile, Edmonds ($4,600) is far too expensive for a role consisting of maybe 10 touches per week. The Washington defensive line is no joke, but Drake is still too cheap as a talented near-three-down back in an offense implied to score the sixth-most points in Week 2.

Notes: Gurley looked good in the early going, displaying actual burst and even finding the end zone from the goal line. Unfortunately, the Falcons trailed the Seahawks 28-12 entering the fourth quarter, and Gurley was more or less replaced by Hill and Smith for the remainder of the game.