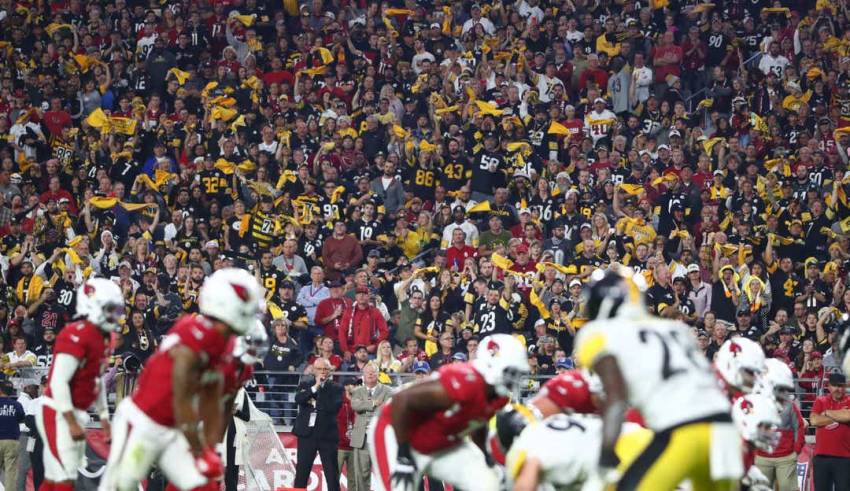 Al Michaels is hardly a fan of using artificial sound for “Sunday Night Football” broadcasts that may be destined to originate from empty stadiums. Yet Michaels, arguably the most revered play-by-play voice on the sports landscape, can envision the perfect situation to make an exception.

“I think the one time we probably could use a laugh track is if we see another butt-fumble like the Mark Sanchez play,” Michaels told USA TODAY Sports, reminiscing about the infamous play he called on Thanksgiving in 2012 that involved the then-Jets quarterback. “We’ll throw in a laugh track for you.”

At this point, not even Michaels’ tongue-in-cheek suggestion can be completely ruled out as NBC’s signature show – No. 1 in prime time for a TV-record nine consecutive seasons – sorts through the options of how to best present the weekly showcase game against a different type of backdrop for at least part of the would-be NFL season.

Like all of the networks preparing for broadcasts of NFL games and other sports as the nation begins to reopen amid a still-threatening coronavirus pandemic, the “SNF” brain trust is considering possibilities that include piped-in crowd noise, faux fans and maybe more eavesdropping and natural sound from field level than has ever been available to viewers.

NFL NEWSLETTER: Sign up now to get football news delivered to your inbox

“We know it can’t be exactly the way it was,” Michaels said. “I see this as a year of trial and error.

One thing seems certain: Michaels, analyst Cris Collinsworth and the production crew won’t be working the games from a far-away studio. They will be on site as usual, social distancing etiquette in tow, unless pandemic conditions dictate otherwise.

“That would be the last resort, to have Al and Cris in the studio,” Fred Gaudelli, the executive producer for “SNF,” told USA TODAY Sports. “I don’t think anybody wants that. You would lose an awful lot if that were to happen. Obviously, you’d be in a pretty tough situation in the country if that’s the way everything was going to proceed for something like the NFL.”

Although Joe Buck, the lead play-by-play voice for Fox Sports, has maintained it’s “pretty much a given” that his network will use fake crowd noise to supplement its game broadcasts, Gaudelli won’t declare that as inevitable for “SNF.”

“As a live producer, artificial anything doesn’t really sound or feel right to me,” Gaudelli said. “But at this point, we have the luxury of keeping everything on the table.”

Gaudelli’s track record for innovation (bolstered by 23 Emmy Awards) bodes well for “SNF” amid its challenges. In 2017, he teamed with director Drew Esocoff to present the first NFL game using a SkyCam for its primary coverage, which was inspired by the emergency use of dual SkyCam coverage due to fog at Gillette Stadium for a Super Bowl LI rematch earlier that season. He also introduced the yellow first-down marker superimposed on the screen, the GoalPost Cam and real-time polling data for instant replay challenges. During his ESPN days, he was the first to track the speed of pitches during the 1988 College World Series.

“I’d be shocked if something really good doesn’t come out of this for broadcasting in general,” Gaudelli said. “Just like the NFL draft, something great came out of it. I think you’re going to see that because everybody now has an opportunity to change the template a little bit – it’s forced, obviously, but now we have that opportunity, with technology and the advances made every day and a lot of creative people now are putting thought into this.”

Gaudelli was impressed by the multi-network simulcast of the NFL’s stay-at-home draft, agreeing with the widespread sentiment that decision-makers were humanized by the cameras stationed in their homes.

“We saw coaches and general managers as everyday people with their kids running around while they were trying to do their work,” said Gaudelli, who beginning in 1990 produced 12 consecutive drafts for ESPN. “There was a relation there between the fans and those people that never existed before because we’re all doing the same thing right now, trying to get our work done while kids are running around making noise, distracting you and all those things.”

Perhaps “SNF,” which averaged 20.5 million viewers in 2019, can provide some at-home perspective, too, to supplement the game. Imagine Russell Wilson’s wife, Ciara, high-fiving the kids in the den after the Seahawks quarterback makes some amazing touchdown throw. Or Tom Brady’s dad, Tom, Sr., sipping on a cool beverage in his recliner while wearing a Bucs cap.

Gaudelli mentioned the possibility of working with a tech company to develop an app that would allow fans to cheer from their phones. That prospect seems similar to the show of fans on the screen mounted behind Commissioner Roger Goodell in his basement as he hosted the draft, a feature that incorporated virtual reality effects provided by the Los Angeles-based operation, The Famous Group.

As Gaudelli pondered, “Make an artificial application more authentic. You kind of look at all of it. We’re evaluating all of it.”

It seems like a good bet that the wide-angle stadium shots that are a staple from packed houses will go by the wayside with no fans in the building. Fan reaction shots after a sack? Hardly. And we’ll see whether cheerleaders are still an essential part of the game-day experience if the stadium is empty.

Gaudelli, who began preparing for the altered broadcasts six weeks ago, expects the production crew, typically consisting of roughly 175 people, will be somewhat scaled back because of pandemic restrictions. It’s a given, though, that “SNF” will have the 25 cameras — about twice as many compared a regional telecast — it uses for games. With no fans in the stands, the networks will suddenly have the flexibility to shoot from different angles.

“I don’t know that it’s going to look much different,” Gaudelli said. “Now you can put cameras in a more ideal spot because you’re not going to be blocking anyone. It might be a little more intimately done, but I don’t think it’s going to be anything where anybody at home is going to say, ‘Wow, this is completely different!’”

Besides, it won’t be the first time Michaels calls games from nearly empty stadiums. During the mid-1970s, he called San Francisco Giants baseball games.

“Terrible teams playing in a terrible ballpark, Candlestick Park,” Michaels said. “We were always 25 games out of first by August. We played San Diego on a Thursday night in August of ’75 or so. Somebody would always come in (the booth) in the seventh inning and hand a slip of paper with the attendance.

“I said on the air, ‘Tonight’s attendance … well, why don’t I just tell you whose here: Arnie Saluski has come down from Mill Valley. The Delpart family has driven down from Saratoga…’ So, we can have a little fun with that, maybe, during the course of the season. But, trust me, I know how to do games without fans.”

Nothing will change, Michaels insists, with the philosophy that a broadcaster’s job is basically to get out of the game the story of the game.

“We never go into this – Cris, Michele (Tafoya, sideline reporter) and I – saying, ‘Hey, we’re the show,’ “ Michaels said. “We’re an adjunct. We’re there to inform, to entertain, to elucidate, to analyze. The game is the show. Maybe when we come on the air, we’ll obviously make reference to the fact that it’s different, maybe pull the curtain back a little and show how it’s different. But once the game starts, that’s why people tune in.”

Michaels realizes that in the big picture, the adjustment for the TV networks and the viewers will pale when compared to the NFL teams and players likely trying to roll in a pandemic.