The Colorado Avalanche led an offense-filled night in the NHL by scoring six goals in a span of 8:00 during the second period of their 9-4 victory against the Nashville Predators at Pepsi Center.

The six-goal outburst was the fastest in Avalanche/Quebec Nordiques history, eclipsing the previous mark of 8:06 set by the Nordiques against the Washington Capitals on Feb. 22, 1981.

Colorado is the third NHL team in the past 20 years to score six goals in a span of 8:00 or less in a game.

Tweet from @PR_NHL: The @Avalanche became the third NHL team in the last 20 years to score six goals in a span of 8:00 or less in a game.More #NHLStats: https://t.co/k9vJp4uQyA pic.twitter.com/m5cDHSh2WX

The nine goals scored by Colorado are the most by any team in a game this season. Colorado scored at least nine goals in a game for the fifth time since moving from Quebec to Denver in 1995, and for the first time since defeating the St. Louis Blues 9-5 on Dec. 9, 2007.

The Pittsburgh Penguins rallied after being behind 3-0 entering the third period and Bryan Rust scored his second goal of the game with 1:35 remaining in overtime for a 4-3 victory at Barclays Center that ended the New York Islanders’ 10-game winning streak, the longest in the NHL this season.

Video: PIT@NYI: Rust wins it in overtime with wraparound

The 10-game winning streak was the Islanders’ second-longest since entering the NHL in 1972; they won 15 in a row from Jan. 21-Feb. 20, 1982. That streak also was ended by the Penguins,who won 4-3 on Feb. 21, 1982. Pittsburgh is the fourth team in NHL history to snap a winning streak of at least 10 games multiple times against the same opponent.

Tweet from @PR_NHL: The @penguins snapped both of the Islanders��� all-time win streaks of 10+ games.They are the fourth team in NHL history to snap a win streak of 10+ games multiple times against the same franchise. #NHLStats pic.twitter.com/47utDkOdty

Pittsburgh also became the first NHL team to rally from losing by at least three goals to end an opponent’s winning streak of at least 10 games.

The Penguins also won after losing by at least three goals in the third period to win in the regular season for the 10th time since entering the NHL in 1967, and the first since Jan. 31, 2012, when they won 5-4 in a shootout against the Toronto Maple Leafs.

Defenseman John Carlson capped his fourth three-point game of the season by assisting on Tom Wilson‘s overtime goal that gave the Washington Capitals a 5-4 win against the Florida Panthers at BB&T Center.

Carlson had a goal and two assists, giving him 26 points (eight goals, 18 assists) in 17 games and making him the seventh defenseman to reach the 25-point mark in 17 or fewer games. The last one was Al MacInnis of the Calgary Flames in 1990-91.

Tweet from @PR_NHL: John Carlson of the @Capitals is the seventh different defenseman in NHL history to reach the 25-point mark in 17 or fewer games and first since Al MacInnis 29 years ago. #NHLStats pic.twitter.com/cAsOCewFyP

Washington’s Alex Ovechkin scored two goals for his 136th regular-season multigoal game, passing Mike Gartner for seventh in NHL history. Ovechkin has scored an NHL-leading 12 of his 13 goals on the road.

Tweet from @PR_NHL: Alex Ovechkin of the @Capitals recorded his 136th career multi-goal game in the regular season to pass Mike Gartner (135) for sole possession of the seventh-most in NHL history. https://t.co/5VmmA08Mzo #NHLStats pic.twitter.com/DxA2xU5M8N

Auston Matthews scored his 13th goal of the season and 12th at Scotiabank Arena in the Maple Leafs’ 2-1 overtime victory against the visiting Vegas Golden Knights.

Video: VGK@TOR: Matthews goes bar down on the power play

Matthews is the fifth player in Toronto history to score at least 12 goals through his team’s first 11 home games in a season, but the second in the NHL modern era (since 1943-44). The only other modern-era player to do so was Wendel Clark, who had 12 in 1993-94.

Tweet from @PR_NHL: Auston Matthews is the fifth different player in @MapleLeafs franchise history to score 12+ goals through the team���s first 11 home games in a season. #NHLStats pic.twitter.com/LhK1CvDkj8

John Tavares scored in overtime to give Toronto’s Mike Babcock his 700th regular-season win as an NHL coach. He’s the eighth coach in League history to reach that milestone. 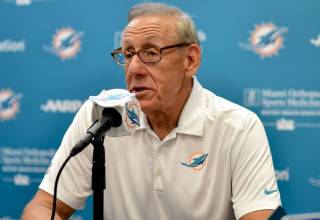