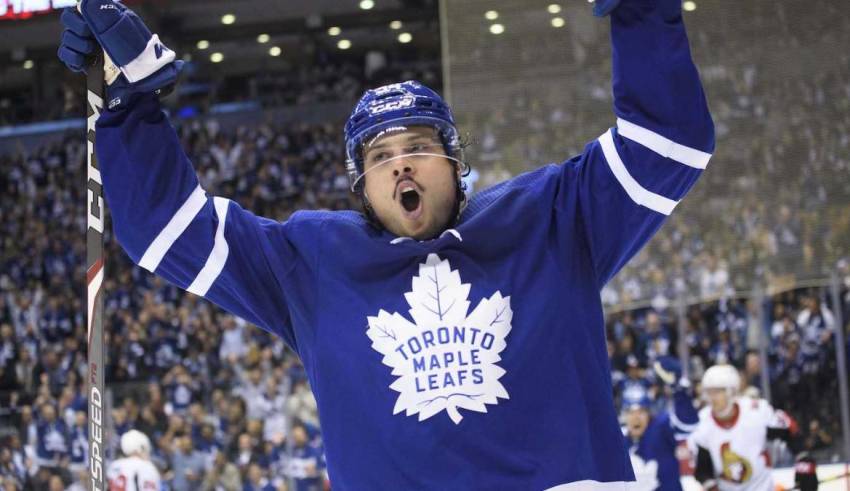 It’ll be at least a few more weeks until the NHL makes a decision whether to try to resume this season amid the COVID-19 outbreak, so we’ve got some time to sit with our thoughts. Meanwhile, the Stanley Cup playoffs were scheduled to start this week so it’s understandable if your hockey sadness has been rather strong over the past few days.

Since we have no real news to tackle, I figured this would be a good time for an accountability check. I’m a firm believer in standing behind your claims, admitting when you’re wrong and acknowledging that nobody’s perfect, so let’s take a look back at some NHL predictions and hot takes I had before this season got underway. Did they stand the test of time, or am I at risk to get got by Old Takes Exposed?

Time to pay the piper.

The Los Angeles Kings are one of the deadline’s biggest sellers: This wasn’t much of a bold prediction considering the Kings‘ outlook and some of the aging/expiring assets on their roster heading into the season. But Los Angeles did in fact wind up as one of the deadline’s most active sellers and GM Rob Blake did pretty well for himself. Jack Campbell, Kyle Clifford, Tyler Toffoli, Alec Martinez and Derek Forbort were all shipped out of town for a half-dozen valuable draft picks, Trevor Moore and promising prospect Tyler Madden.

Cale Makar is the league’s best rookie but doesn’t win the Calder: We’ll have to wait on the Calder vote but you can definitely make a case for Makar being the league’s best rookie this year. The young defenseman scored 12 goals and had 50 points in 57 games for the Avalanche this year — the best point-per-game production rate of any rookie this season. At the time of shutdown, Makar’s biggest challenger for the Calder is Quinn Hughes, who leads all rookies with 53 points (in 68 games played) and has seen tougher deployment.

My early-season justification for saying Makar wouldn’t win the Calder despite being the most deserving was that a young forward with sexier numbers would take it away from him. That’s not going to be the case.

Zdeno Chara retires after this season: Too early to tell on this one, especially since Chara’s current deal is set to expire at season’s end, but the decision is ultimately his. Heading into the shutdown, the Bruins were the best defensive team in hockey with Chara getting the second-most ice time (21:01) per game among skaters, so clearly he’s still able to do a lot of things right at the ripe age of 42.

That being said, he’s definitely lost a step and is, at best, the Bruins’ fourth-best defenseman right now behind Charlie McAvoy, Torey Krug and Brandon Carlo. But he’s intensely dedicated to the sport and might not be ready to call it quits just yet, especially if this season has an unsatisfactory conclusion.

Nathan MacKinnon wins the Hart trophy: If the season ends as-is, MacKinnon has a pretty strong claim to the Hart as league MVP. Then again, so do several players — it’s a pretty wide open race. The strongest argument for MacKinnon is his production relative to the rest of his team. At 93 points (35 goals, 58 assists), he has nearly doubled the output of the next highest point-getter on his playoff-bound team (Cale Makar, 50 points). This situation is very comparable to Taylor Hall winning over MacKinnon in 2018 when Hall led everyone on the Devils by 41 or more points. He was also forced to play stretches of this season without his regular linemates in Mikko Rantanen and Gabriel Landeskog.

MacKinnon’s case for the Hart has actually been helped by the league shutdown. The center suffered a lower-body injury just prior to the pause and it would have kept him out of action for 1-2 weeks, likely taking him out of the running (or at least significantly hurting his campaign) in a tight race.

The Maple Leafs finally win a playoff series: Can’t answer this one yet but 2020 is the weirdest year of all time so can’t rule it out. On the bright side, if the playoffs are canceled they can’t lose in the first round again either.

The Blues will finish in a Wild Card position:  Swing and a miss on this one. I thought both the Bruins and Blues would take a step back after reaching the Stanley Cup Final last season, but both teams have had impressive follow-up efforts. St. Louis sits atop the Central division at the pause and they’ve managed to remain one of the West’s best despite losing Vladimir Tarasenko early in the season.

Auston Matthews hits the 50-goal mark… but doesn’t win the Rocket Richard: This was trending in the direction of being my most spot-on prediction of the bunch. Here’s what I wrote ahead of the season:

Matthews finally showcases what he’s fully capable of in a 82-game slate (or close to it) and puts up 50 goals for Toronto. However, he just narrowly loses the Rocket Richard to David Pastrnak, who emerged as one of the game’s elite scorers before getting hurt last season.

Not only does Matthews have 47 goals through his first 70 games — putting him in great position to hit the 50-goal benchmark for the first time in his career — but he also trails Pastrnak, whose 48 goals have him tied for the league lead alongside Alex Ovechkin. If the season doesn’t continue, I think you should let me just chalk this one up as a W.

The Hurricanes win the Metro: Highly unlikely. I expected Carolina to ride the wave of momentum following their playoff run last year. They got off to a great start and have looked pretty strong at various points throughout the year, but they’re currently a Wild Card team in the East and nine points off the division lead through 68 games. The Capitals, Flyers and Penguins claim the top three spots in a Metro division that has been super competitive all year long.

They won’t win that Metro crown but they shouldn’t be taken lightly in the postseason, if there is one.

The Winnipeg Jets miss the playoffs & Paul Maurice gets canned: Big-time miss on this one. I was extremely low on the Jets coming into the year thanks to a brutal offseason and, to be fair, their defense has been horrendous for most of the season. That being said, the great play of Connor Hellebuyck has mitigated the damage and kept the Jets in contention. Winnipeg may still miss the postseason — they would just miss the cut if the league decided to seed the playoffs based on points percentage — but Maurice won’t be out of a job. In fact, he signed a long-term extension with the club in February. You can argue the merits of that extension, but I was certainly wrong about his demise.

This will be David Krejci’s final season with the Bruins: Obviously we won’t know about the validity of this one until the offseason but I still believe it’s a strong possibility. Here was my thought process in the fall:

“Krejci is heading towards his mid-30s and has one year remaining on his contract after this season. The Bruins will look to move him in favor of extending Charlie Coyle (who will replace Krejci as 2C) next summer.”

Coyle didn’t have to wait until the summer to get his extension in Boston, as he signed a six-year contract with a $5.25 million AAV in November. It seems unlikely Coyle is destined to stay on the third line with that cap hit, so he may indeed be poised to take Krejci’s spot as 2C either this year or next. Boston could hold on to Krejci to solidify center depth next season, but they also may want to flex some asset management by dealing Krejci before he walks while also freeing up money for this offseason, which could help them retain Torey Krug.

Connor McDavid asks the Oilers for a trade after this season: This one was always extremely bold and it seems very unlikely to happen. Edmonton has gotten back on course a bit and Ken Holland has had some promising signs of progress in his first season as GM. The team certainly isn’t without flaws and McDavid/Leon Draisaitl still need a ton of help, but the Oilers are back in the playoff picture and that’ll probably be enough to keep McDavid happy for now.

The Tampa Bay Lightning win the Stanley Cup:  On one hand, the Lightning have been one of the most inconsistent teams in the league this year. On the other hand, they looked almost unbeatable over a two-month stretch from Christmas to late February, reminding us of the historically dominant team they were last year. On a third hand, it’s the postseason and they’re the Lightning. So, honestly, who the hell knows? 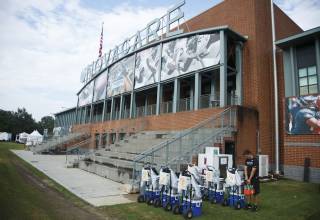 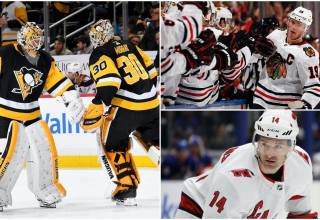