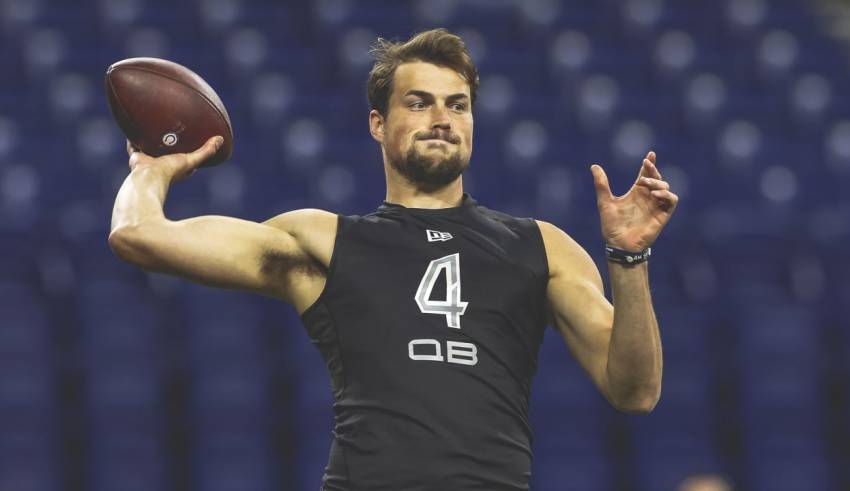 Something that will always arouse intrigue is a team drafting a new quarterback who could be the team’s eventual starter down the road. That’s the hope for Jacob Eason and the Colts.

Eason was one of the most popular quarterback prospects in the draft under the “developmental” umbrella. He’s got a cannon for an arm, can throw from odd arm angles and has very high-quality overall arm talent. If he can iron out the consistency of his accuracy as well as learn to keep his composure when under pressure from defenses, along with some other subtleties, then he could very well become the Colts’ quarterback of the future.

The reason Eason would be considered the Colts’ potential quarterback in waiting is the presence of free-agent signing Philip Rivers — whom the Colts picked up this offseason — as well as backup Jacoby Brissett, who started at quarterback for the Colts during the 2017 and 2019 seasons. Rivers is in the twilight of his career, while Brissett is entering the final year of his contract, and their leadership, work ethic and toughness will be big bonuses for Eason in landing with the Colts if he follows the veterans’ lead.

Some other guys that the Colts drafted this year who could help not only Eason down the road, but Rivers more immediately, are a trio of offensive skill position players in wide receivers Michael Pittman Jr. and Dezmon Patmon as well as running back Jonathan Taylor.

These weapons include one of college football’s most accomplished running backs ever in Taylor, and a big receiver with huge upside in Pittman Jr. who should complement T.Y. Hilton, Parris Campbell and Zach Pascal perfectly. Patmon is another big-bodied receiver, and although he was picked up in the sixth round, he shouldn’t be slept on.

The addition of Taylor specifically bolsters a Colts run game that already finished seventh in the league last year. Putting Taylor into the mix with the likes of reigning 1,000-yard rusher Marlon Mack and fellow playmakers in Nyheim Hines and Jordan Wilkins gives the Colts an embarrassment of riches in the backfield.

On the defensive side of the ball, the Colts’ pickups of defensive backs Julian Blackmon and Isaiah Rodgers gives them two guys with above-average football intelligence and playmaking ability in the secondary. They both are also capable of playing in multiple spots, as Blackmon has starting experience at outside and slot cornerback as well as safety, and Rodgers has played outside and in the slot. Rodgers is also a very accomplished kickoff returner, leading the nation in kickoff return yards in 2019.

The Colts lost a couple of key depth pieces on their offensive line when Joe Haeg and Josh Andrews departed in free agency. However, the hope is that Jake Eldrenkamp can take a bigger role, and that the selection of fifth-rounder Danny Pinter could also help alleviate those losses.

Colts general manager Chris Ballard raved about Pinter after the draft. The now-rookie began his college career at Ball State as a tight end, but played his final two years at right tackle and earned First-Team All-MAC honors in 2019. His quick learning and adaptability could help him be the Colts’ new Joe Haeg. Although Pinter is projected to play inside in the NFL, if he’s unable to crack the starting lineup as a rookie, perhaps he could contribute as the extra offensive lineman/big tight end early on.

The Colts also got a couple of hard-working, hustling, all-heart defenders in defensive tackle Rob Windsor and linebacker Jordan Glasgow. Windsor’s high motor and technique helps get him into the backfield to disrupt plays, but he also finds the ball downfield on occasion. As for Glasgow, the view for him is as a potential special teams stud whose effort and football instincts should work out great on just about any special teams unit. 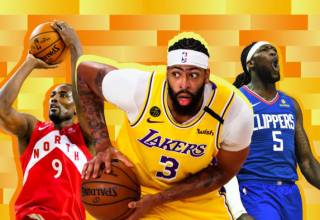