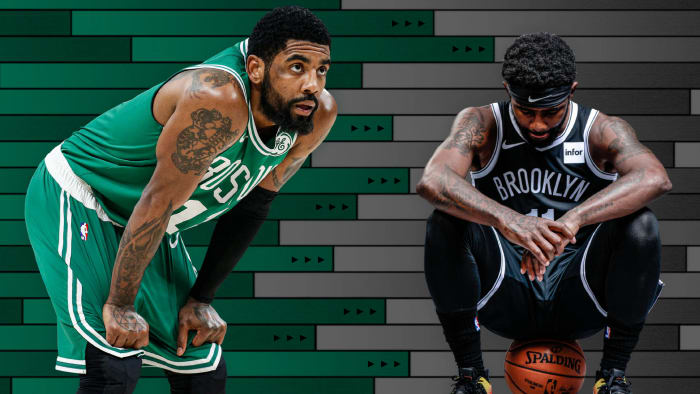 The NBA’s power structure went through a significant makeover this summer as the league experienced the greatest flood of player movement in recent history. The Lakers’ pulled off a blockbuster and the Nets buried the Knicks, while a slate of other teams reloaded for a chance at the title following the collapse of Golden State’s dynasty. The summer set the stage for the most wide-open Finals race in recent memory.

Some of the offseason moves have worked like a charm (hello, Los Angeles), while other cities are still adjusting to their new newfound talent. So how have the onslaught of moves worked out for the league’s 30 teams? We at The Crossover rolled out some early grades one month into the 2019-20 season.

Lakers trade for Anthony Davis: A

It’s hard to imagine a better start for Anthony Davis and the Lakers through the season’s first month. The Lakers enter Friday night with the Western Conference’s best record at 12–3, holding the league’s No. 2 defensive rating and No. 1 net rating. Davis has been a key catalyst in Los Angeles’ dominant defensive start. Only two players have more defensive win shares (Rudy Gobert and Giannis Antetokounmpo) while Gobert and teammate JaVale McGee are the only qualified players with a better defensive rating. Los Angeles’ size overwhelms most teams when Davis plays the four, with McGee or Dwight Howard logging consistent quality minutes at center. Davis’ versatility is key to executing the Lakers’ scheme. He remains an elite rim defender, and his mobility is critical when paired with Los Angeles’ paint-bound centers. Davis is a legitimate Defensive Player of the Year candidate.

Davis’ offensive fit with Los Angeles hasn’t been completely seamless, especially when he lines up at power forward. The Lakers’ spacing becomes jumbled, and Davis is forced from his comfortable spot at the elbow out to the three-point line. Expect plenty of Davis-at-center minutes in the postseason, the ideal setup next to LeBron and a trio of shooters. Davis can feast on the elbow and in pick-and-roll situations, diving to the tin as perhaps the game’s most effective lob force. His efficiency at center perks up closer to his career averages compared to his minutes at power forward. Howard’s renaissance has been one of the season’s most endearing storylines, but his minutes should dwindle in the postseason. The Lakers’ path to a championship runs through Davis at center. It’s a testament to his immense skill that Los Angeles leads the West despite the shaky positional fit.

Rockets trade for Russell Westbrook: B+

The Russell Westbrook era got off to quite the smooth start in Houston through 12 games. The Rockets are 11–4 entering Friday night, ripping off eight straight wins before Wednesday’s loss in Denver. Westbrook made a major impact right off the bat alongside James Harden. He posted a triple-double in a win over the Pelicans on Oct. 26, then dominated the fourth quarter two nights later in a win against the Thunder. Westbrook appeared spry after an offseason of rehab, and his shot profile suggested an easy adjustment to the Rockets’ mid-range-phobic system. Westbrook has stabilized Houston’s trouble on the glass–No. 18 in rebounding rate in 2019-20 after finishing No. 27 last season–and he’s veered away from his manic, ball-chasing habits in Oklahoma City. Westbrook has done everything Mike D’Antoni has asked of him through 15 games.

Westbrook hasn’t been perfect in Houston. His jump shot remains broken, entering Friday night shooting a putrid 22.7% from three and just 33.3% between 16 and 23 feet. He’s veered further from Morey-ball in recent games, though an in-rhythm mid-range here and there isn’t the worst thing in the world. Pundits and fans will continue to decry Westbrook’s shaky jumper, and those shortcomings could very well rear their ugly head in the postseason. But focusing on Westbrook’s shooting numbers obscures his impact. He gives the Rockets a gear they didn’t have with Chris Paul last season, allowing Houston to generate easy buckets outside of Harden isolations. Such scoring diversity is crucial as Houston seeks its first Finals appearance since 1995.

Nets sign Kyrie Irving: C
It would be foolish to draw any grand conclusions from Kyrie Irving’s first year in Brooklyn. Irving’s tenure in his adopted home won’t be defined by the performance of this season’s scrappy crew, but rather whether or not Irving can reach the Finals as a second fiddle next to Kevin Durant. There’s reason for optimism on that front. Irving has already thrived as an off-ball co-star, running the show with second units in Cleveland while providing necessary playmaking to take the load off LeBron James. The ball may be in Irving’s hands more next to Durant compared to LeBron–Durant is nowhere near the same playmaker as King James–but the general role is the same. Serve as an overqualified second star, ready to take over games when called upon.

Irving’s stint as a lead man in Brooklyn has been uneven. He’s averaging career highs in points and assists, but he’s shooting his worst mark from the floor since 2013-14, Irving’s last Cleveland year without James. Irving has fully embraced his role as a high-volume star in Brooklyn, arguably to the detriment of his Nets teammates. Spencer Dinwiddie is marginalized in units alongside Irving. Space for Caris LeVert shrinks with the 2016 champion domineering possessions.

Perhaps Brooklyn’s personnel demands high-usage Irving, and we shouldn’t dismiss his impressive statistical season. The Nets should secure a second-straight playoff appearance even without Durant. But rocky waters could be fast approaching. Irving can be a difficult presence, off-court considerations aside. Brooklyn may be hampering its young core’s development, even if the Irving addition remains a no-brainer.

Blazers trade for Hassan Whiteside: C–
Is anyone particularly surprised that Hassan Whiteside hasn’t fixed Portland’s frontcourt woes? The former Heat center entered Rip City after a rocky final two years in Miami, a pair of seasons littered with lazy rotations, poor shot selection and general discontent. We haven’t seen any outward displays of frustration from Whiteside with the Blazers, but unfortunately, his play has remained middling at best.

Whiteside is averaging his lowest rebounding percentage since 2011-12 this season, and his block rate has dropped over two percent compared to last year. Portland’s team metrics are more damning. The Blazers rank No. 27 in team rebounding rate, and no team allows more second chance points per game. A share of Portland’s struggles can be attributed to their failure to find a workable power forward–a trend that will continue even with Carmelo Anthony–but Whiteside’s impact has been marginal nonetheless.

The Whiteside addition won’t harm Portland in the long-term. He’s an expiring contract, and Zach Collins and Jusuf Nurkic should be fully healthy for 2020-21. But this season is increasingly looking like a lost year in Portland, and Whiteside has failed to bring the Blazers closer to respectability.

How are the replacement signings for Kevin Durant and Kyrie Irving working out? Predictably not great. New York’s glut of fours has led to the NBA’s No. 29 offensive rating and No. 21 defensive rating, with New York entering Friday last in the East at 4–11. Lanes are clogged and shots are fought over. It’s not unfair to question whether the Knicks’ spacing issues are hindering the development of R.J. Barrett. Head coach David Fizdale may be scapegoated and fired in coming weeks, but make no mistake: New York’s front office only has its free-agent misfires to blame for another lost season.