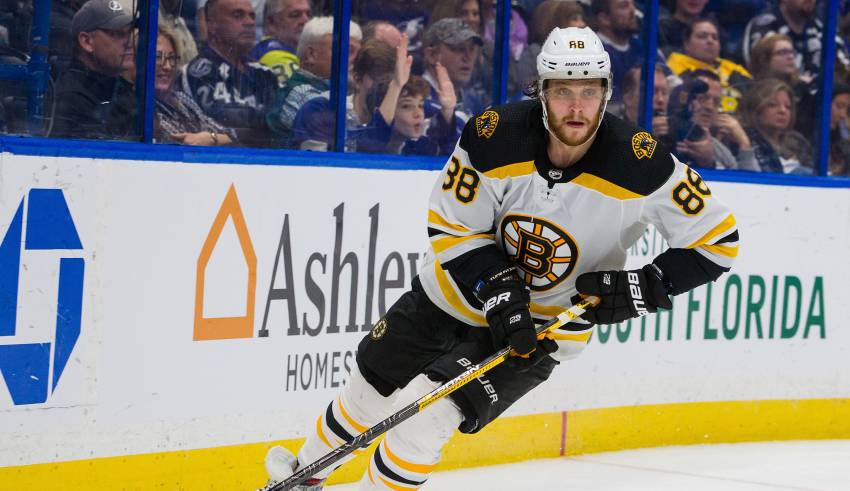 The 2020 NHL All-Star Game captains have already been named. Who is the most deserving candidate on each team?

The 2020 NHL All-Star Game is nearly a month away. Though the captains have already been named, it’s never too early to start thinking about the rosters. The All-Star Game is a chance for fans to see the best players in the league play against each other.

This year’s format will once again be the 3v3 tournament. Each team must have at least one representative. Divisions will form teams, who will compete in a 3v3 tournament. The winning team gets a money prize and bragging rights.

Though some teams will have more representatives than others, who is the most deserving candidate on each NHL team? Let’s take a look.

How do you pick just one player from the Boston Bruins? You could make a strong case for Brad Marchand, David Pastrnak, Tuukka Rask, and Jaroslav Halak. However, I’m not going to overthink this. Pastrnak’s the right choice at the moment. Could this change in the next month or so? Sure. But right now, Pastrnak’s the most deserving. Plus he’s the team captain for the Atlantic Division.

This one’s easy. Jack Eichel’s one of the league’s best players, yet he’s still a bit under the radar because the Buffalo Sabres aren’t a very good team. Maybe another All-Star game will give him some long-overdue exposure.

The Detroit Red Wings are an objectively terrible team. They might even be historically horrible. However, they still have a few good players. Tyler Bertuzzi leads the team in points. Anthony Mantha is currently injured, but has been quite impressive when healthy. However, my pick would be Dylan Larkin.

Aleksander Barkov (40 points) is having a terrific season. However, he’s been outshined by his teammate Jonathan Huberdeau. Huberdeau leads the Panthers with 40 points and has 11 goals. Don’t be surprised if both Huberdeau and Barkov make it, though. A good argument could be had for defenseman Aaron Ekblad as well.

There are several reasons Shea Weber is the best candidate for the Montreal Canadiens. First of all, he’s been their best player this season. Weber’s been reliable every night and is quietly flirting with a point per game pace, as he has 29 points in 36 games. Secondly, I think I speak for all hockey fans when I say I want to see Weber in the Hardest Shot competition.

Thomas Chabot would be a terrific choice. He’s an extremely fun player to watch. However, I’m a sucker for a sentimental story and I can’t help but feel Anthony Duclair is their most deserving candidate. He’s been great for them this season and he’s finally turning his potential into results. Duclair leads the Senators with 30 points.

Nikita Kucherov, Steven Stamkos, and Victor Hedman would all be great choices. Brayden Point’s quietly having an impressive season as well. However, I’ve got to go with Hedman. He’s one of the best defensemen in the NHL. This feels like a down year for him, but Hedman still has 29 points in just 32 games.

Arguments could be made for Mitch Marner, Auston Matthews, and John Tavares. However, for me, the clear choice is Frederik Andersen. He’s kept the Leafs afloat despite a defense that was quite poor until Sheldon Keefe became the head coach. Andersen’s been underrated for a while, so I’d love to see him finally get the recognition he deserves.