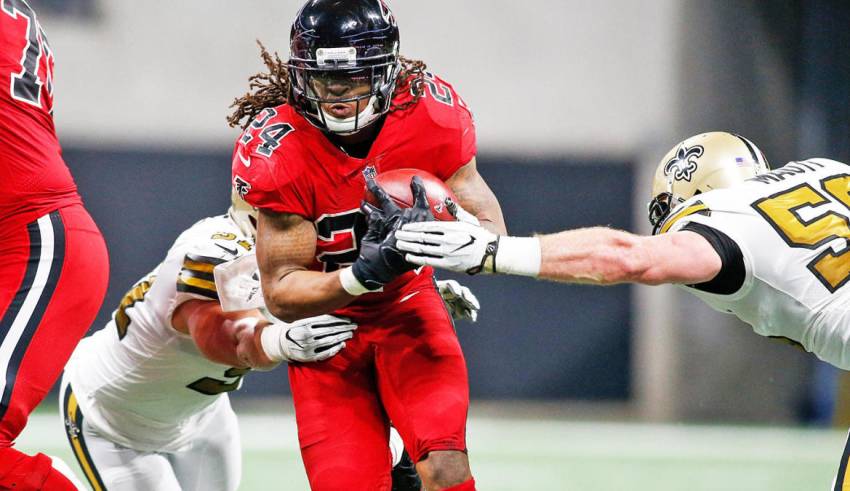 The NFL may not see Devonta Freeman on the field in 2020. The veteran running back was released by the Atlanta Falcons at the beginning of free agency after six seasons with the club, and has yet to sign on with another team. Freeman has seen interest from more than one team though, most notably the Seattle Seahawks, who have now decided to instead sign Carlos Hyde — formerly of the Houston Texans — when Freeman waved off their contract offer. It’s now being reported that Freeman has a firm number he’s demanding be met, and he’s willing to skip the upcoming season altogether if it’s not met, per Mike Silver of NFL Network.

Silver reports the offer from the Seahawks to Freeman was for one year worth $4 million and, if accurate, that gives any team interested in Freeman a floor to work upwards from. It wouldn’t be the first time the league saw a halfback forego a season for contract reasons, and while Le’Veon Bell’s situation was vastly different, Freeman also appears to feel he’s financially comfortable enough to hold his ground and wait for the deal that matches the value he believes he offers a team.

Additionally, at age 28, he still presumably has years left on his tires.

To Freeman’s credit, although Hyde has proven he can be a starter in the league, he’s never garnered a Pro Bowl nod and has only one 1,000-yard season in his career. Freeman has two Pro Bowl nods and two 1,000-yard seasons on his resume, and was a premier back before injuries began to crop up. An added threat as a receiver out of the backfield, Freeman once logged 1,634 yards from scrimmage and 14 touchdowns (2015) and has seen his yards from scrimmage tally dip below the 1,000-yard mark only twice in his six NFL seasons.

Freeman’s dip in recent production led the Falcons to part ways with him less than three years after signing him to a five-year, $41.25 million contract extension, making him the highest-paid running back in the league at the time. All told, this is likely why Freeman is standing firm on whatever his ask is, but time isn’t in his favor.

With free agency and the 2020 NFL Draft both in the rear view, most RB-needy teams have solved their issue at that position. For those who haven’t, Freeman remains a viable and talented option, but they’ll have to ante up if they want him in their uniform.