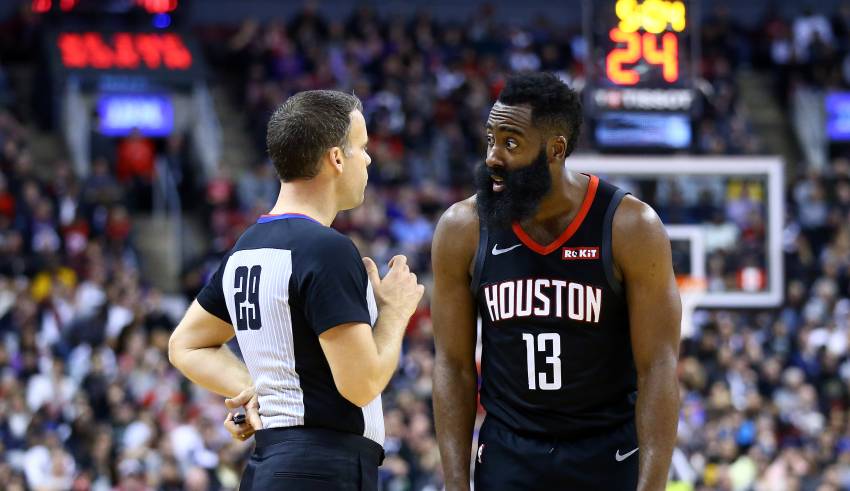 Rodions Kurucs #00 of the Brooklyn Nets drives to the basket against the Toronto Raptors during Round One, Game Four of the NBA Playoffs on August 23, 2020 at the The Field House at ESPN Wide World Of Sports Complex in Orlando, Florida.
David Sherman | National Basketball Association | Getty Images

Despite having its season interrupted, a ratings drop for the championship games and uncertainty about next season, the National Basketball Association expects a “significant increase” in its jersey patch revenue.

In an interview with CNBC on Tuesday, Amy Brooks, the league’s president of team marketing and business operations, said it’s “too early to tell” the exact percentage of the projected increase. But she added two-thirds of the NBA clubs are still locked into jersey patch agreements with the remainder of them “actively in negotiations.”

The NBA generated roughly $150 million in revenue from its patch program, which was introduced for the 2017-18 season. The program lets companies pay to put their logo on a patch on the shoulder of each player’s jersey. Brooks wouldn’t commit to the league earning that amount again, repeating it’s “too early to tell” due to the pandemic.

“But on an individual team basis, we do expect significant growth,” said Brooks, who also serves as NBA chief innovation officer. “We do anticipate significant increases for that asset.”

Before the Covid-19 caused the NBA to suspend its season on March 11, Brooks projected a “roughly a 30% increase” in patch sponsorship revenue in an interview with Sports Business Journal. But marketing experts forecast a slight decline for the league’s asset.

Tony Ponturo, who served as vice-president of Anheuser-Busch global media sports and entertainment marketing for 17 years, said the NBA could also see a 20% drop in its patch sponsorship business due to Covid-19.

He said sponsorship dollars would still be “soft” for at least another year, and that companies could see the NBA’s patch as a “luxury” they can go without until the pandemic settles.

“If they could maintain current rates, they should be pleased with that, and I think they need to be more prepared for a decline,” said Ponturo, who added the league’s ratings could play a factor.

Companies who purchase the patch covet the brand awareness obtained when teams play national games on ESPN or TNT, the league’s top media partners. But with the NBA’s ratings decline, no matter what the reasons may be, clubs may need to take less due to fewer eyeballs.

Game 6 of the NBA Finals on ABC attracted 8.2 million viewers on Sunday night and averaged 7.45 million viewers throughout the series, according to The Hollywood Reporter, who also noted the 51% decline from the 2019 Finals.

U.S. sports ratings have suffered for a few reasons, including consumption habit changes and an overflow in sports, which witnessed a rare occasion where all four major leagues were competing for attention.

“There is just so much to consume,” Patrick Rishe, director of the sports business program at Washington University in St. Louis, said in an appearance on CNBC’s “Squawk Box” on Monday.

Still, with fewer people watching, NBA patch prices could be impacted. The current range is from $5 million to $20 million per season for some teams.

“I would now have to discount you for the real-in-your-face value [decline], which is the television broadcast visibility,” Ponturo said. “If the ratings are down, then those eyeballs are down from looking at the patch. The biggest factor for the value of that patch is how it’s getting picked up on television.”

James Harden #13 of the Houston Rockets speaks to Official Mark Lindsay during the second half of an NBA game against the Toronto Raptors at Scotiabank Arena on December 05, 2019 in Toronto, Canada.
Vaughn Ridley | Getty Images Sport | Getty Images

Ponturo said the NBA patch is a “$1 million to $5 million opportunity right now” in a “buyer’s market” as companies are still navigating Covid-19. Several NBA teams are shopping patches, including the Houston Rockets and Brooklyn Nets.

The Rockets’ deal with Rokit Phones expired, and the club did not sport the company’s patch logo in the NBA’s Orlando bubble. Gretchen Sheirr, the Rockets chief revenue officer, said the team’s patch is still holding its value on the open market.

Sheirr said there is some “short-term hesitation” with potential partners due to the pandemic, but other companies that seek more brand exposure “know that this is a once in a lifetime opportunity and are ready to move quickly,” Sheirr told CNBC. “It really depends on the brand, the industry and what their position is in.”

The Nets’ deal with software company Infor was valued at roughly $8 million per year. The team will feature superstar Kevin Durant next season, mixed with an all-star in Kyrie Irving and a new coach in Steve Nash. Hence, the patch could hold its value too.

BSE Global (the Nets’ parent company) CEO John Abbamondi told CNBC the club is “extremely bullish” and “optimistic” about its patch offerings. He said the Nets “expect to be competitive next year” and that could draw more national TV games.

“This is not only a unique marketing asset for a brand in terms of the scale and scope of the reach in terms of billions of impression not only across the U.S. but around the world,” Abbamondi said.

He labeled the patch “the closet brand alignment with our organization other than [arena] naming rights.”

The problem: The Nets’ asset is also lacking brand awareness of its own.

It ranks among the lowest in SBJ’s online recognition survey for top U.S. markets. The survey measured NBA fans’ awareness of team patches on a national and regional scale.

The Nets also ranked in the bottom five in local TV ratings, according to Nielsen data and ranked 24th in NBA attendance before the NBA’s season suspension in March. Abbamondi said there is “strong interest” in the team’s patch and said the team is “confident” the ratings will be “up significantly next year.”

Jason Miller, SVP of properties at Excel Sports Management, said there is “tremendous” demand for some teams due to the NBA opening up global marketing.

Teams can now designate two partners to leverage their intellectual property freely outside of the U.S. and Canada. The move could benefit global companies that seek to align with teams that are more global like the San Antonio Spurs

The NBA maintains U.S. in-market rules, which restricts advertising outside of club jurisdictions.

Excel has sold patches for multiple teams, including the Boston Celtics, Chicago Bulls and Rockets. The company is also overseeing the Minnesota Timberwolves patch offering.

“There is a certain way you have to sell these [patches],” said Miller, who noted it could take more than a year to negotiate new agreements for teams.

“There has to be an element of storytelling, an authentic connection to the organization, and you have to create the right level of competition in the marketplace,” he said.

Miller said clubs are attaching “protections they otherwise would never give” to attract new partners or renew agreements.

Teams with upcoming expirations, like the Philadelphia 76ers, are already starting talks for the 2021-22 season. The Sixers’ deal with StubHub expires after next season.

But with the NBA unsure about the start of its 2020-21 season, the amount of games, location, and if spectators are allowed back in arenas, Ponturo and Sheirr both agreed teams could keep patches vacant, anticipating better deals for the NBA’s 2021-22 campaign.

“Holding off makes sense to make sure that you have the right alignment and sometimes financials play a part in that,” Sheirr said.