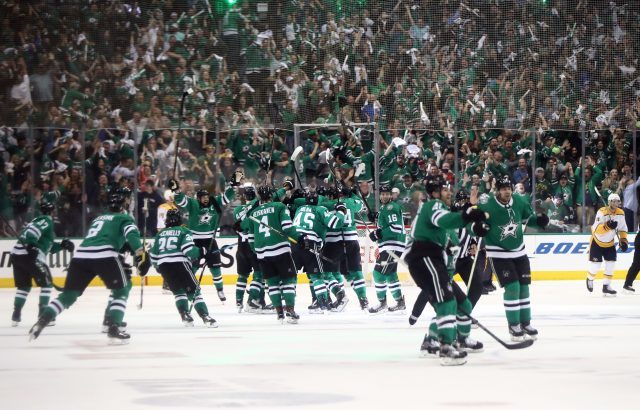 DALLAS (CBSDFW.COM) – Dallas is one of 10 cities being considered as a hub when the National Hockey League plans on restarting the season later this summer.

The Dallas Stars will be one of the 24 teams that will begin a playoff tournament when play restarts at a date to be determined.

NHL training camps are expected to start no earlier than July 1.

The hockey season, like all sports, came to an abrupt stop in March due to the coronavirus pandemic.