May 25, 2020
Trending
Home NFL Dak has 'confidence' long-term deal will get done – NFL.com 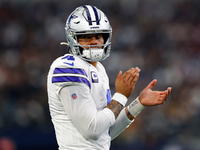 Super Bowl LIV falls on Feb. 2 this year, but it’s felt like Groundhog Day in Dallas since the end of last season. Dak Prescott‘s contract situation with the Cowboys is still unresolved despite the front office placing securing his future as a No. 1 priority and Prescott expressing confidence that a deal will soon get done.

With less than two months before the start of Prescott’s free agency, the QB again offered sunny sentiments Tuesday about the state of his contract in an interview on the RapSheet and Friends podcast.

“I’ve got confidence something will get done,” Prescott told NFL Network Insider Ian Rapoport. “We’ll just leave it there. Obviously being the Cowboys quarterback is second to none. There are very few positions in all of sports that are comparable to it. So when you put that in perspective, my mindset is to be in Dallas. And I’ve got the confidence in my team to get something done and the confidence in the Cowboys that we’ll be able to.”

Prescott did not illustrate exactly how his future would unfold in Dallas, however, neglecting to project a timeline or comment on the possibility of receiving the franchise tag.

“I’ll leave that to my team, my agents,” Prescott deferred. “I’m not necessarily going to say I feel this way about a timeline or this way about this happening before then. I’m just confident that something will get done, something that’s good for both of us.”

Cowboys brass is similarly eager to put this contract standoff behind them. Stephen Jones has expressed a desire to “land the plane,” a plane that has been in a holding pattern for over a year now, and recently said inking Prescott was a No. 1 priority, with re-signing Amari Cooper as No. 2 on his list.

Dallas can also place the franchise tag on Prescott ahead of the Mar. 10 deadline and then attempt to negotiate a long-term deal before the July 15 deadline to ink tagged players. If the Cowboys don’t place the tag on Dak and can’t strike a deal before the new league year begins on Mar. 18, then Prescott will enter free agency as a part of one of the deepest QB pools in recent memory (Tom Brady, Drew Brees, Philip Rivers, Ryan Tannehill, Jameis Winston).

“It is gonna be wild,” Prescott said of the potential QB carousel. “But for me, as I said, I hope I am where I am, but it’s definitely going to be interesting, it’s going to be exciting and it’s great for this league.”

Where Prescott hopes to be is under new head coach Mike McCarthy and returning offensive coordinator Kellen Moore in Big D. Dak added he was “excited” to play under the former Packers coach.

“He’s got a Super Bowl,” Prescott noted of McCarthy. “When a guy has that and he comes into the locker room to lead, people want to follow. We want to follow him because he has something and he knows how to get something that we want. With that being said, I’m excited he kept Kellen Moore on and excited for the other guys that coming on and part of the change.”

If Prescott has his way, he’ll be a part of the Cowboys‘ change for years to come. But turning that dream into a reality is up to the Dallas front office and Prescott’s agents. Both sides have been talking the talk for years. Time is running out to walk the walk across the aisle and come to terms. 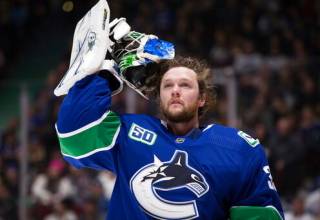 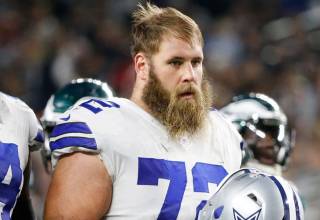