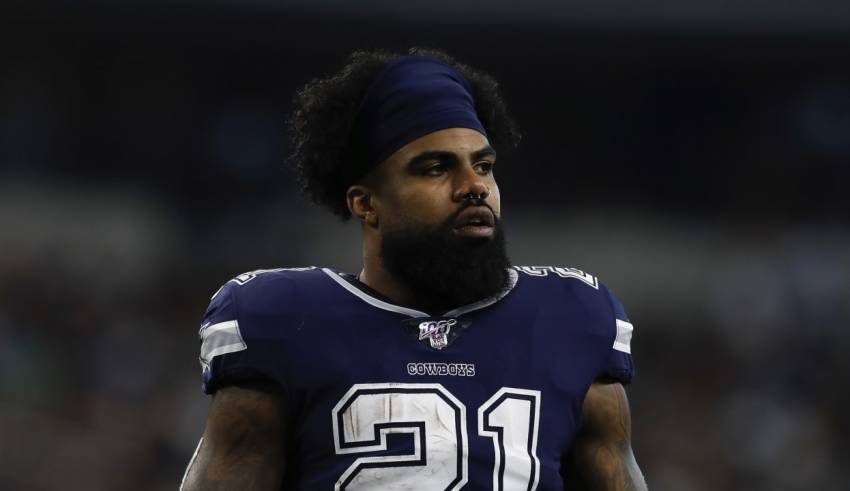 None of the players are believed to have been in their team facilities and the Cowboys and Texans teams followed proper health protocols, Rapoport added.

Elliott’s agent told Rapoport that the Dallas standout is “feeling good.” The team, however, issued a statement that it could not provide information.

“Due to federal and local privacy laws, we are unable to provide information regarding the personal health of any of our employees,” the Cowboys said in a statement obtained by Rapoport.

Players testing positive is a development that was predicted by Dr. Allen Sills, the NFL’s chief medical officer.

“We fully expect we will have positive cases that will arise,” Sills said in May.

In a call with agents on Monday, NFL Players Association medical director Thom Mayer said the current plan in place is to test players for the coronavirus about three times per week, isolating those who test positive, Pelissero reported. According to Mayer, there’s a “90 percent chance reliable saliva testing is available before players return to facilities,” Pelissero reported.

The union expects to make progress on overall protocols going forward with a rough estimate of within 30 days, according to NFLPA executive director DeMaurice Smith, per Pelissero. The schedule start of training for most clubs is roughly six weeks away.

Prior to that, Saints head coach Sean Payton announced he had tested positive and advocating for everyone doing their part in helping to combat the virus.