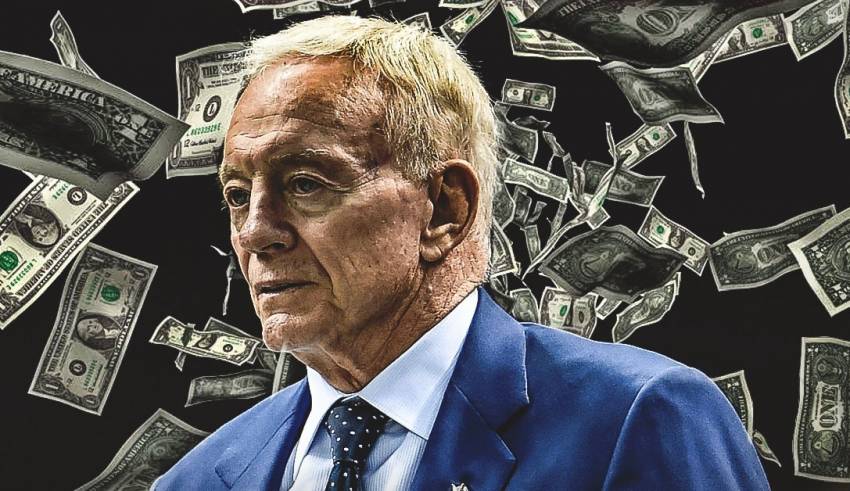 FRISCO – There are three ways to look at the amount of 2020 cap space possessed by the Dallas Cowboys.

One is a technically-accurate number. That’s about $80 million.

Two is a philosophically-practical number. That, as one source from here inside The Star tells CowboysSI.com, is far less than that because so much of the $80 million is already “ear-marked” for free agents Dak Prescott and Amari Cooper and the signing of about 25 other players (either re-signing the team’s own free agents or replacing them).

Three is a delightfully-fanciful number. That’s about $120 million. And it’s this third number that we address in this space because while it is, in the strictest sense possible, it is fanciful in this way: One source involved in Cowboys contracts tells us that he’s never even considered $120 million – essentially has no real awareness of it, even – because it’s completely irrelevant as it applies to the team’s intricate cap-management spending plans.

Per OverTheCap.com, the Cowboys could restructure DeMarcus Lawrence and save $12 million, Zack Martin and save $8 million, Tyron Smith and save $7 million, or La’el Collins and save $4.5 million. Each of these players are still in their prime and could still reach the end of their contract. Tyron Smith’s back issues could limit how effective or available he is throughout the remainder of the contract.

Restructuring Jaylon Smith could create another $3.5 million and doing the same to Ezekiel Elliott could add another $4.8 million to the cap. Simply based on Jaylon Smith’s injury history and the career-span of running backs in the NFL, I’m doing everything I can to not restructure these contracts.

By restructuring Martin, Tyron Smith, Collins, and Lawrence, the Cowboys could potentially create another $31.5 million giving them nearly $110 million in cap space this offseason. Throw in restructures of Jaylon and Ezekiel Elliott and that pushes their cap space closer to $120 million.

We’re not doubting the accuracy of Williams’ sharp pencil. Rather, we’re explaining that the people in Stephen Jones’ wing of the building here at The Star aren’t envisioning doing much of any of this – in terms of re-writing contract.

The restructuring of contracts is a common practice in the NFL. It’s sometimes referred to as “kicking the can”; that is, delaying payments on older players, spreading out their money … with the piper to be paid later. Dallas in recent years has gotten away from that practice, though, with the exception of built-in “triggers” installed in the original contracts. There are some of those likely in play for some of these veterans.

But altering the plan in a way that moves $40 million? It would take an earth-shaking, game-changing potential roster acquisition even to cause Dallas to re-structure someone in even a modest way. (Example? Had the Jets agreed to trade safety Jamal Adams to the Cowboys last October … that would have altered the way the cap’s puzzle pieces fit.)

A do-over of defensive lineman Tyrone Crawford’s contract is a real story because Crawford himself has volunteered the idea. There can b a savings here. The article also examines the idea of releasing $2 million punter Chris Jones, but by the time Dallas swallow his dead money and hires a replacement, there’s really not much savings at all.

As it stands realistically, the Cowboys are a top-five NFL team in cap room. That’s good news regarding the Dak Prescott and Amari Cooper, and something less than that as it regards other free agents like Byron Jones, Robert Quinn, Maliek Collins, Jeff Heath and Randall Cobb, all fine players at the right price.

The Cowboys are trying to fit in as many keepers and as many valuable newcomers as possible. But according to the team itself, the working number in which to complete the 2020 roster to 53 players should be planned at $80 million, and not imagined at $120 million.