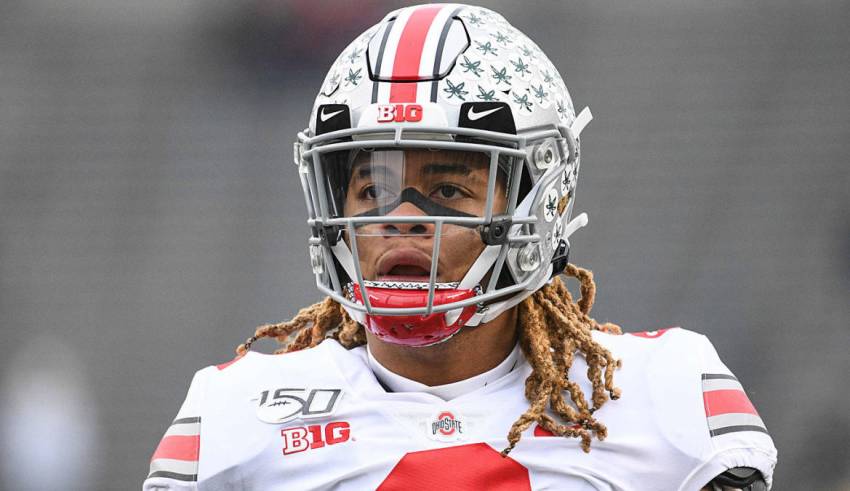 CHARLOTTE, N.C. — One of the biggest controversies in college football this season ultimately matters not to the NFL. But for the top prospect in the nation — in the moment — it was everything.

Chase Young’s two-game suspension earlier this season for allegedly accepting a loan from a family friend rocked the college football world. And the fallout allowed Young to learn more about himself.

“That was definitely the biggest adversity that hit me in my life so far, like just me,” Ohio State’s star defensive end told CBS Sports on Monday night, hours before winning the Bronko Nagurski Award for the nation’s top defensive player. “It was definitely a test, and I feel like I passed that test. And I found out a lot about myself and how mentally strong I was. I feel like I passed that test with flying colors.”

Young set an Ohio State record this season with 16.5 sacks and six forced fumbles in 10 games as he anchored a Buckeyes team that finished second in the College Football Playoff Rankings. He’s the most NFL-ready product in the college game today and will be an all-but-guaranteed top-three pick in April’s NFL Draft once he declares after this season.

The NFL collective, of course, doesn’t care that Young accepted some money. In fact, seeing his production in a shortened season (and considering he didn’t play much in the second half of many Ohio State blowouts) will only make the decision between Young and a quarterback tougher for the team that holds the No. 1 pick.

What Young focused on during his time off was film study and tuning out the rest of the world. Young said he spent more time on film than ever before, and it showed in his return against Penn State when he totaled three sacks and two forced fumbles against the Nittany Lions.

Along the way this season, Young also taught himself to be unaffected by the praise or the jeers. Each week, for a few days maximum, Young would delete social media apps from his phone.

“Just to go into the week strong with practice and school,” Young says. “Taking out the outside noise of what opposing teams think about me or the national media in general think about me. People will say I didn’t play good because I didn’t get a sack. Like … OK. You feel me? Stuff like that I just laugh at.”

Young admits even he’s been surprised by how good he’s been this season. He credits his position coach, Larry Johnson, with getting him to “drink the Kool-Aid.”

“He’s saying he knows how good I can be,” Young explained. “The Kool-Aid is his techniques and the things he says on the field. He’s just saying, if you drink the Kool-Aid and you invest 100%, you can be as good as anybody.”

The focus now is on No. 3 Clemson, the reigning national champions. Young says this is the best team and best quarterback (Trevor Lawrence) the Buckeyes have seen this year.

There’s not much else Young can do to make his case to be the No. 1 overall pick. He wants to continue to show NFL teams how hard he can play, but at this point, it’s going to come down to whether the team drafting first needs a quarterback.

If so, likely Heisman Trophy winner Joe Burrow will be the first player off the board. Know what would go a long way to the pendulum swinging in favor of Young? A showdown in the national championship against Burrow’s LSU Tigers.

“It definitely could,” Young admitted. “If it happens, it happens. We’re just focused on this first game of the playoffs.”