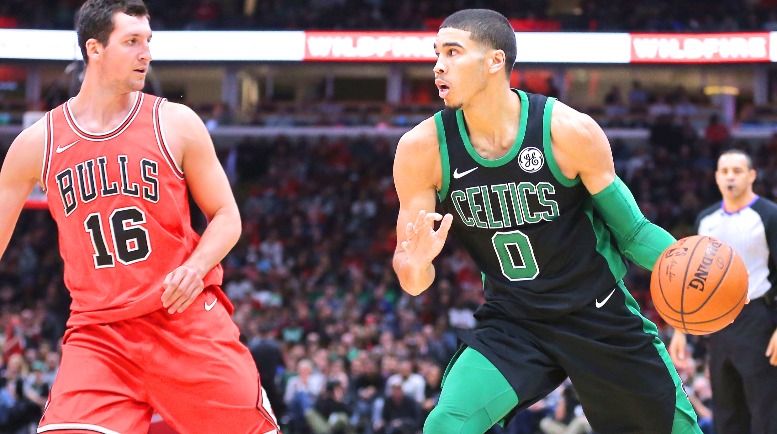 The Celtics begin a two-game road trip Saturday against the Chicago Bulls (13-22) where they’ll look to continue feasting on sub-.500 teams.

Boston (24-8) is 17-2 this season against such competition and has won seven of its past eight overall. They’re coming off a tougher-than-expected 109-106 home win over the Atlanta Hawks, so, despite being on the road on the second night of a back, and again playing without Kemba Walker (flu), they should continue that trend of beating losing teams.

LIVE stream the Celtics all season and get the latest news and analysis on all of your teams from NBC Sports Boston by downloading the My Teams App.

The Bulls (13-22) have lost two in a row and eight of their past 13. Chicago’s tandem of guard Zach LaVine and big man Lauri Markkanen torched the Celtics in their visit to the Windy City last March with 42 points for LaVine and 35 for Markkanen in a 10-point Chicago victory. Expect a better defensive effort this time around from Brad Stevens’ crew.

(All odds provided by WestGate Superbook.)

Point Spread: The C’s have been a good bet against the spread all season at 19-10-2 and expect that to continue in Chicago despite coming in on the second night of a back-to-back, where Boston drops to 2-5-1 ATS in their past eight games. Still, with the third-best defensive rating (104.0) in the NBA facing a Bulls team that’s not exactly high scoring, look for Boston to cover the (-1.5) spread.

Point Total: Without Walker (22.5 ppg), the Celtics’ scoring will likely be down. Chicago, one of the league’s lowest-scoring teams at 105.7 points per game, is also 10th in the NBA in points per game allowed, so go with the UNDER on the 209.5 total.

Indiana Pacers (-6) at Atlanta Hawks, 7:30 p.m., ET: The Pacers have lost three of four but are 2-0 against Atlanta this season,  5-1 ATS in their past six games as a favorite and even without Malcolm Brogdon (back) should take advantage of the Hawks, who gave the C’s all they could handle Friday night before losing in Boston, on the second night of a back-to-back.

Charlotte Hornets at Dallas Mavericks (-11.5), 8:30 p.m., ET:  The league’s No. 1-ranked offense could be without an injured Kristaps Porzingis and Tim Hardaway Jr. but the Mavericks still have MVP candidate Luka Doncic. Don’t expect the NBA’s 28th-ranked defense to keep up with him and the Mavs in Dallas.

Don’t miss NBC Sports Boston’s coverage of Celtics-Bulls, which tips off Saturday at 7:30 p.m. with Celtics Pregame Live, and then Mike and Scal have the call at 8 p.m. You can also stream the game on the MyTeams App.