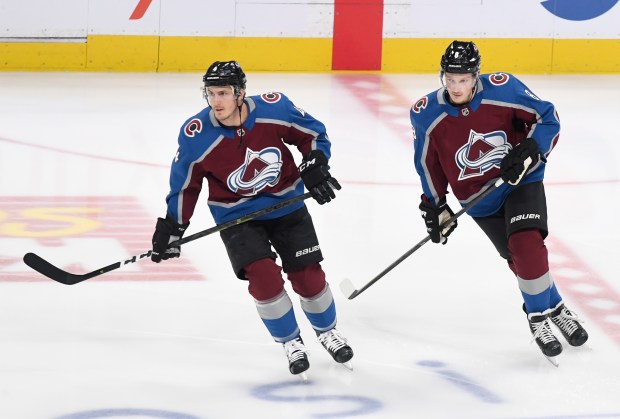 A lot of good teams are doing poorly recently, among them the Bruins, Predators, Avalanche, and Blues. Likely, they’ll be fine, but they all took a bit of a hit this week. The Capitals, meanwhile, are still the league’s best squad — for now.

1. Washington Capitals: The spitting image of an elite team.

2. Pittsburgh Penguins: Whoever put a curse on the Penguins has failed. They keep winning games no matter who is out of the lineup. We’ll see how it goes sans Crosby.

3. Colorado Avalanche: Maybe Cale Makar is the savior. He’s been stellar since the Avs lost two thirds of their top line. Maybe he can’t keep it up, but he’s saved them for now.

4. New York Islanders: They lost a game last week but the Islanders remain one of the hottest teams in hockey.

5. Boston Bruins: There’s no reason to panic; a win at Toronto saved what would have been a disastrous week, with blown leads against the Panthers and Capitals. Injuries are rough, but they have depth to recover.

6. Edmonton Oilers: Eventually the bubble has to burst, right? Leon Draisaitl is unreal, as is Connor McDavid, and we all know that. But the rest of that lack of depth CAN’T be sustainable.

7. St. Louis Blues: After a bad start, the Blues got things together but suffered another rough week. They have a tough stretch coming up, too, so we could learn what this team is all about soon.

8. Carolina Hurricanes: The Hurricanes have torn through a breezy schedule so far.

9. Arizona Coyotes: Are the Coyotes actually good? It’s too soon to know but they’ve done everything in their power to prove they are.

10. Montreal Canadiens: Jonathan Drouin’s injury puts a damper on what’s been a stretch of really good hockey for the Habs.

12. Vancouver Canucks: They should be ranked lower for bringing back those awful skate uniforms.

13. Nashville Predators: The Preds have a lot of concerns after hitting a wall in their past seven games. But hey, they beat the Red Wings.

14. Tampa Bay Lightning: Nine goals in a game last week sure is exciting, but the Lightning’s flaws don’t go away overnight.

15. Vegas Golden Knights: They’re not quite the disappointment that the Maple Leafs are, but there are not a lot of answers for how average a Cup favorite has been in the first quarter of the season.

16. Dallas Stars: Maybe Dallas isn’t bad? A brutal start buried them, but they’re starting to come out of it over the past couple weeks.

17. Winnipeg Jets: Connor Hellebuyck is the new John Gibson as far as saving teams that otherwise aren’t that great without a goaltender playing out of their mind.

19. Philadelphia Flyers: Being almost a good team was fun while it lasted. Philly has come back down to earth a bit, but at least the Flyers have gotten some pity points heading to overtime a whole bunch.

20. Chicago Blackhawks: Kirby Dach can play and the Blackhawks have their bright spot.

21. Toronto Maple Leafs: Oh boy, where to begin? They’re at .500, scoring is down, Mitch Marner is out, they can’t stop anybody, and their fans are memes.

22. Buffalo Sabres: You mean the Sabres got off to a good start and then came plummeting down to earth? Have not heard that story before, nope.

24. New York Rangers: Nothing is going right in the Big Apple after an offseason of hype. Not sure where it goes from here, but giving up nine goals in a game is usually grounds for some sort of shakeup.

25. Anaheim Ducks: They’re not playing well but not going to spit on them while they’re down.

26. Columbus Blue Jackets: The Jackets have won three times in regulation which would be categorized as not good.

27. New Jersey Devils: Cory Schneider is in Binghamton and they are still on the hook for his $6 million cap hit the next two years, so I guess you could say things are somewhat Hellish.

28. Minnesota Wild: They haven’t gotten much better this year and that’s Wild (ran out of things to say so enjoy a Wild pun).

29. Detroit Red Wings: They beat the Bruins and have gotten points in five straight games, but are still absolutely dreadful.

30. Ottawa Senators: They are actually better than one (1) NHL team this week.

31. Los Angeles Kings: It’s lonely at the top for a King, but even lonelier at the bottom.