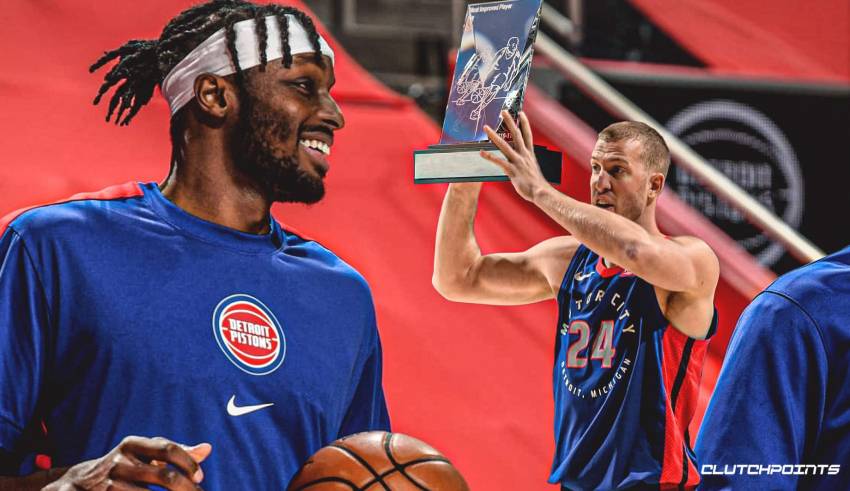 Cade Cunningham is likely the next big thing coming to the NBA next season. In case you haven’t heard of him, he’s really really good. Like possibly franchise-player good.

The latest 2021 mock drafts still have him as the top choice for next year’s intriguing draft pool.

The 19-year-old phenom put on a show in Oklahoma State’s emphatic 94-90 overtime win over rivals University of Oklahoma on Saturday, recording a career-high 40 points and 11 rebounds to oust the number 7 ranked team.

One quick look at the 6-foot-8 prospect shows he has all the makings of a future NBA star.

Cunningham has terrific handles, can create his own shot, and shoots the long ball at a high rate. He has above average athleticism and no slouch on the defensive end either. And apparently, the kid even has the clutch gene, too.

What more can you ask for? Cunningham has already proven to be a complete basketball player perfectly suited for today’s position-less basketball. In the pros, he is projected to become a big playmaker ala Ben Simmons but with a more refined offensive skill set.

NBA teams are already salivating for the chance to bring him in as a possible building block for the future. But by the looks of it, they’ll probably need to win the lottery for a chance to get his services.

Let’s have a look at the three NBA teams best fit for the potential no.1 pick Cade Cunningham.

The Pistons currently hold the second-worst record in the league right now and likely headed for the lottery after the season.

Their current roster needs a lot of help on several areas, but they do need to address their point guard situation. Last year’s pick Killian Hayes hasn’t been healthy enough to showcase his worth, while guys like Delon Wright and Dennis Smith Jr. are better off as role players.

Plus, it’s been a while since MoTown had a reliable go-to scorer whom they can lean on every single night. Jerami Grant has been enjoying a breakout year for them so far, but it hasn’t really translated to more wins.

A promising youngster like Cade Cunningham might just be the savior they need to bring Motor City back to relevance.

The Cavs already have a promising backcourt of Colin Sexton and Darius Garland but a guy as versatile as Cunningham can easily be put into the mix. After all, last year’s Naismith Prep Player of the Year is a natural small forward due to his size and athleticism.

While he’s clearly at his best with the ball in his hands, there’s no reason why he can’t succeed as a full-time winger if he gets drafted by Cleveland.

The Cavs have selected several good players from the draft over the years, but they haven’t really had that one game-changing talent since LeBron James in 2003 and Kyrie Irving in 2011.

Cunningham looks like he has all the tools to be on that same level one day, if he puts in the work needed to succeed in the pros.

While it’s the Minnesota Timberwolves that’s destined for the lottery in the West for the nth time, Cunningham will likely be a better fit if he stays in Oklahoma.

The Thunder, of course, has been stockpiling on draft picks since last season so they just need a bit of help from Lady Luck to get the first overall selection.

The Cowboys’ superstar should be a no-brainer pick for an OKC team looking for another young star they could pair with Shai Gilgeous-Alexander.

A potential SGA-Cunningham backcourt would be a problematic tandem for the rest of the league.

The Thunder hasn’t been shy about their re-building phase at the moment and a guy like Cunningham could speed that process up.