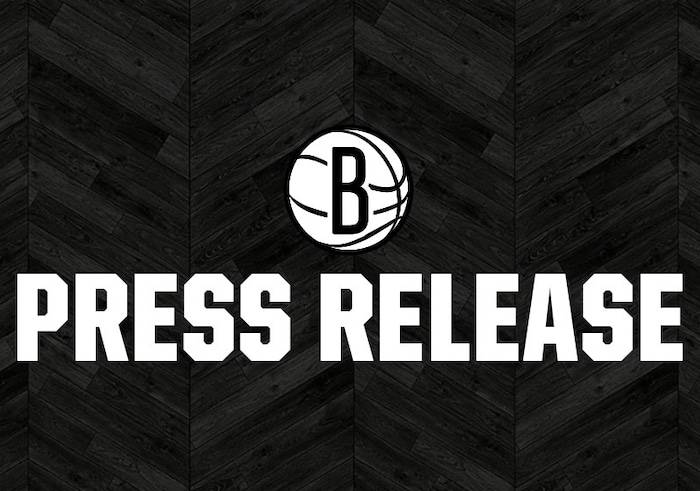 BROOKLYN – The Brooklyn Nets return to the court for the 2019-20 NBA Restart with a matchup against the Orlando Magic TODAY, Friday, July 31 at 2:30 p.m. ET at ESPN Wide World of Sports Complex at Walt Disney World Resort in Orlando, Fla.

Today’s matchup is the first of eight “seeding games” the Nets will play to determine the participants and seeds for the 2020 NBA Playoffs.

Brooklyn currently stands in seventh place in the Eastern Conference with a 30-34 record. The Nets last suited up during the regular season for a thrilling 104-102 victory in Los Angeles against the Lakers on March 10.

Although the remainder of the 2019-20 NBA season will be played without fans in attendance due to the COVID-19 pandemic, Nets fans can still watch the team in action for all eight seeding games regionally on YES Network and the FOX Sports GO app, and can listen to games live on WFAN. Both YES Network and WFAN will also air pre and post-game shows to accompany each matchup.

A complete list of the eight seeding games can be found below.

In light of the recent events in the United States that have underscored what it means to be Black in America and around the world, the Nets will continue to use their platform to support racial justice and equality. Today, the team debuted a video message on Nets social media channels in support of the current social justice movement and the video will also air during each live game broadcast –  you can view the video here.

In addition to the NBA putting “Black Lives Matter” on all courts, the Nets have incorporated the message PEACE – EQUALITY into their courtside LED signage, and players’ jersey will include a unique social justice message.

In partnership with Gravity Blanket, the Nets will also introduce a new content series “Community Heroes of New York” – a social media moment during each of the team’s remaining games this season where they will highlight Black-owned businesses and Black Leaders who are providing opportunities for their communities in the greater New York City area. In addition to being featured on the Nets social media channels, these individual videos and stories will also have a dedicated page on the team’s website where fans and followers can learn more about each group.

In order to provide an immersive virtual game day experience for fans, the Nets will launch additional exclusive content across their social platforms, brooklynnets.com, and the Nets app leading up to, and during, each of the eight seeding games.

Additionally, the Nets will continue their tradition of teaming up with Honda to give away a car to a deserving individual in the New York community during their Fan Appreciation Game on August 13. This year, the car will be donated to a Nets fan whose life has been adversely impacted by COVID-19.

While fans won’t be physically present in Orlando, Fla. for the remainder of the 2019-20 season, they will still have a chance to be featured during the broadcast, live on the “Michelob ULTRA Courtside” 17-foot video boards surrounding the court.  Select fans will have the opportunity to digitally interact with each other throughout the games using Microsoft’s “Together mode” to create a virtual experience by removing fans from their individual backgrounds and bringing them together in a shared visual space that will be seen through the broadcast and in the venue.  Taking over one of the virtual sections will be The BK Block, the diehard Nets fans who can be found in Section 114 during games at Barclays Center. Michelob ULTRA will give 32 fans a chance to win a virtual courtside ticket and be featured on the LED wall for the Nets games on Aug. 7 against the Sacramento Kings and Aug. 13 against the Portland Trail Blazers. Fans can visit www.ultracourtside.com and follow Michelob ULTRA’s social channels for details on how to win access as well as additional exclusive giveaways and experiences.