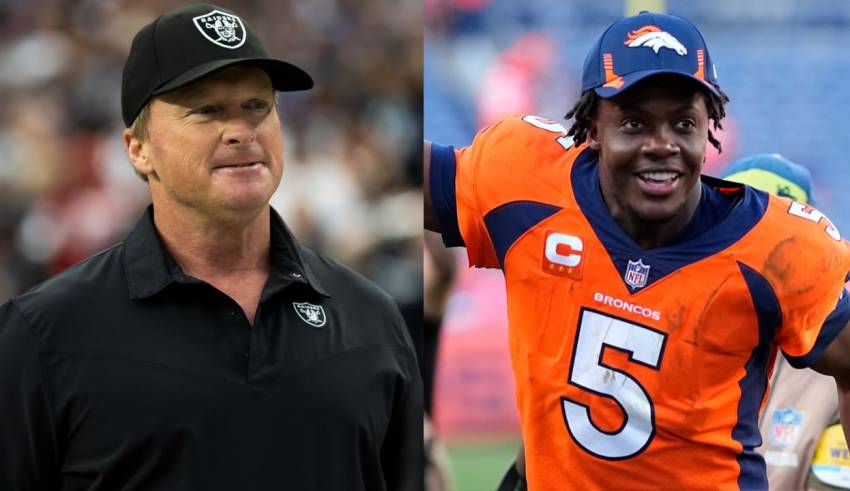 We’re about to spend the next 168 consecutive hours contemplating the return of Tom Brady to New England next Sunday night. That makes this a good time to consider the state of the conference he left behind after dominating it for nearly two decades.

It is rudderless. That’s not such a bad thing.

Brady’s departure freed the AFC from his stranglehold — and eliminated its easy measuring stick — but the flurry of AFC litmus tests on Sunday made something clear. Much like Justin Tucker‘s record-setting 66-yard field goal that hit the crossbar and then went through for a Ravens victory over the Lions, the AFC is going to be a nail-biter, and the winner is probably going to be the team that gets a lucky bounce. And we should expect a few surprises.

After Sunday, there are just two undefeated teams remaining in the AFC, and neither is the Kansas City Chiefs, but two of their division rivals. The defending conference champion, the anointed next dynasty after two straight Super Bowl appearances and one championship, is shockingly vulnerable, dropping to 1-2 after a home loss to the Los Angeles Chargers.

The Chargers are a meltdown against the Cowboys away from being 3-0 and Justin Herbert — a “gangsta quarterback”, as his coach Brandon Staley called him — is so good that you can see a future on the very near horizon when the Chargers might finally stop doing Charger things, like having two touchdowns nullified by penalties, the reason for their last-second loss to the Cowboys. Staley mismanaged the clock, but he learned a lesson that so many others still haven’t — keep your foot on the gas when facing Patrick Mahomes. His decision to forego a long field-goal attempt to go for it on fourth-and-9 with under a minute to play was the right one, and it put the ball in the hands of the best player of the day — Herbert.

With the Broncos and Raiders still undefeated — note that the Broncos have beaten three winless teams — and the division suffering just three losses total, the AFC West is the most competitive division in the conference. It hasn’t been much of a race in recent years. The Chiefs have won the division every year since 2016, but after three games, the Chiefs’ defense has yielded 1,290 net yards, which is bad enough on its own, but particularly problematic when the offense has four turnovers, as it did Sunday, including on the first three drives of the game. The Chiefs, at 1-2, are in last place.

“This is a bit of a crossroads for us,” said Chiefs special teams coordinator Dave Taub, who handled the post-game media duties because Andy Reid was ill.

He could have been speaking for many other teams, too.

The Steelers, who have never had a losing season under Mike Tomlin, are 1-2 after losing at home to the Cincinnati Bengals. With the offensive line in tatters, a non-existent running game and Ben Roethlisberger in what might be his final season, a loss like this to the Bengals — who exploited the connection between Joe Burrow and Ja’Marr Chase — felt very much like part of a changing of the guard in the AFC North, particularly with the Browns and Ravens also winning Sunday.

“It’s an exciting time to be a Bengals fan,” said Burrow, a quote that hasn’t been uttered in quite a while.

If there are teams that are likely to run away with their divisions, it is the Titans and Bills, who, both at 2-1, lord over the weakest divisions in the AFC. A healthy Colts team might be able to push the Titans, but with Carson Wentz playing on two bad ankles, guard Quenton Nelson carted off with what might be a high ankle sprain and their record already 0-3, the Colts are not that right now.

The Bills, who somehow lost to the Steelers in the season opener, clobbered the Washington Football Team, exposing what was supposed to be one of the league’s best defenses. The Bills lost to the Chiefs in the AFC Championship Game last season and entered 2021 with questions about their own defense. But they have the luxury of playing in a division with two rookie quarterbacks and, for now, a backup in Miami. Outside of Western New York, AFC East teams have won just two games. For the Dolphins, for whom there were playoff hopes before the season, an overtime loss in Las Vegas on Sunday to drop to 1-2 will likely only heighten speculation about whether they will — or should — pursue a trade for Deshaun Watson with Tua Tagovailoa on injured reserve with fractured ribs.

With such a wide open conference and a 17-game season, a dramatic acquisition like Watson could swing the competitive balance, if Watson is allowed to play this year while an NFL investigation into allegations of sexual assault and sexual misconduct continues.

The Patriots, though, have the quarterback they believe will be the franchise’s future as they prepare to confront their past. Nothing is coming easy for quarterback Mac Jones, who was sacked twice and hit 11 times in the loss to the Saints. He was intercepted three times. The Patriots, it’s worth remembering, have won only one more game than the Jets and Jaguars, whose rookie quarterbacks have struggled far more than Jones so far. Incredibly, the Patriots are 5-11 over the past two seasons in games that did not involve the Jets. The Brady era in New England ended with an inglorious playoff exit in 2019, but the results since then — in Foxborough and in Tampa Bay — have only underscored how very much Brady elevated what was around him.

The Patriots’ task against Brady, and everyone else, won’t be easy. Running back James White was taken off the field on a cart with a hip injury Sunday. But Brady against Bill Belichick with both coming off bad losses will be compelling theater and an important pivot point for both teams.

“We’re not good enough to get lost in headlines,” said the Patriots’ Devin McCourty of the hype surrounding the game against the Bucs.

Brady and the Patriots used to dominate those headlines together well into January. The Patriots have started 1-2 under Belichick three times before. In two of those years — in 2001 and 2018 — they won the Super Bowl. That was Brady’s first Super Bowl and his last in New England. Those days are over, and we’re a long way from knowing who will own the AFC headlines this winter.