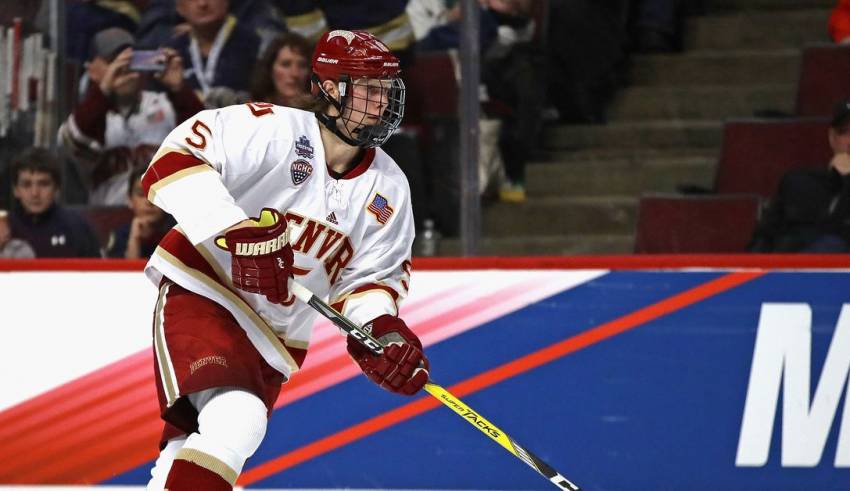 That was done to get the first group practice time with the Hawks’ established NHL players and to get the latter group action in a scrimmage setting. But it also gave a pretty clear picture of the seven guys on the roster bubble right now.

Contract situations could affect the eventual decisions. Kurashev and Reichel are exempt from waivers, while the others are not. Meanwhile, Connolly’s $3.5 million cap hit would be reduced to $2.375 million if he was “buried” in the AHL.

Those factors could help Borgstrom, 24, even though he has yet to play a game in the organization, earn a spot if he impresses during training camp. And for the 2016 first-round pick, coming off a year in Finland after his Panthers tenure derailed spectacularly, that opportunity alone is exciting.

“It’s great that I got a second chance,” he said Saturday. “That was one of my goals in the summer, just thinking about it: getting another chance in the NHL and trying to make the best out of it.”

Borgstrom’s 95 points in 77 games for the University of Denver between 2016 and 2018 demonstrated his offensive talent. But his Florida flameout revealed his weaknesses when the puck isn’t on his stick. The Hawks hope to maintain his skills while increasing his dependability.

“He’s a young player who’s learning what he needs to do to play at the highest level,” Colliton said. “He’s definitely got the raw ability. He’s got the size [6-3]; he’s got the skating. . . . For him, he’s really got to seize the opportunity.

Borgstrom — whose Chicago transition has been aided by his familiarity with former Denver teammate Ian Mitchell and former Panthers teammate Riley Stillman — realizes he needs to make cleaner, more patient decisions. He must prioritize moving the puck safely ahead rather than “overthinking situations and holding on to pucks too long.”

And if he can learn those habits, his college stardom could finally translate to the professional level.

“I’m confident that I can play in the NHL, for sure,” he said. “[It’s about] always making the right choices. That’s something that I think I struggled [with] in Florida. I’m ready to do those things.”

The Hawks have another waivers-related dilemma with third- and fourth-string goalies Malcolm Subban and Collin Delia.

Both would require waivers to be sent to the AHL, and both — particularly Subban — have enough previous NHL experience that other teams could be intrigued enough to claim them.

The Hawks could try to trade one or hope they slip through waivers in a few weeks. General manager Stan Bowman on Thursday seemed to favor the latter plan.

“We’ll see how it shakes out, how health goes,” he said. “You’re going to need to use at least three goalies this year — some years we’ve used four and five — so having depth there is not a bad thing. But we haven’t spent too much time really listing them out in order.”