Those are the words Miami Heat All-Star Bam Adebayo often said at the end of his media interviews throughout the NBA’s restart. And at the conclusion of the 2019-20 season, with the Los Angeles Lakers crowned NBA champs after defeating the Heat in Game 6 of the Finals on Sunday night, those are the words that the league hopes will continue to resonate.

“It’s one of those things that I started doing so people can respect it,” Adebayo told The Undefeated. “Black Lives Matter isn’t just a movement. It’s a lifestyle. A lot of people know that. A lot of people are scared of that. … I embrace it because I’m a Black man. My mother is a Black woman. At the end of the day, it could have been either one of us that could have been killed, shot, sprayed with mace.

“I say Black Lives Matter at the end because I feel that people forget.”

No one will forget this NBA season in which the Lakers won their 17th NBA title, LeBron James earned his fourth Finals MVP trophy and the league created a safe bubble in which no one tested positive for COVID-19. But when the history of the season is written, perhaps it will be remembered most for how the league and its players used their platform to fight for social justice.

Before the restart of the season in July, many players had participated in the nationwide protests against racism and police brutality sparked by the killings of George Floyd and Breonna Taylor by police. Some players were concerned that their voices wouldn’t be heard if they played basketball in a bubble. Ultimately, the NBA and National Basketball Players Association (NBPA) agreed to resume the season with a commitment to use their platform to address social justice issues.

“Some of our players, obviously, because of the number of followers they have, will have an audience that’s vast,” Roberts told The Undefeated. “But I believed then, and I believe now that the fact that the games played enhanced the audience that was going to be available for our players to convey their messages. …

“Having our games highlight the continuing discussion about these issues, I think moved the conversation forward, well beyond where we would have been able to move it had we not done the games. I’m satisfied that the players as well believe that they did the right thing and decided to play.”

Dallas Mavericks forward Dwight Powell, who was involved in the discussions with the NBPA on the season’s restart, said he is proud of the league’s efforts.

“The phrase ‘Black Lives Matter’ simply means that we believe Black lives matter,” Powell said. “I don’t understand how there can be any pushback to that statement in and of itself. Now, tying organizations to it and their history or whatever it may be, is another story. But I know for a fact the players in this locker room that have ‘Black Lives Matter’ on their shirts when they’re warming up and stand on that court proud, what they mean by that statement is that equality is the most important thing in terms of our society and social justice and having a fair community to live in. …

“So, in this specific instance, the focus that we’ve had is on Black lives not being treated with the same level of value as other lives. And that’s been shown in some of the lives we’ve lost over the last several months, and really over the last several years and decades and generations.”

The NBA and the NBPA also worked collaboratively to allow players to wear a number of social justice messages on their jerseys during the remainder of the season. It was an idea sparked by Oklahoma City Thunder guard and union president Chris Paul. The messages included:

Black Lives Matter, Say Their Names, Vote, I Can’t Breathe, Justice, Peace, Equality, Freedom, Enough, Power to the People, Justice Now, Say Her Name, Sí Se Puede (Yes We Can), Liberation, See Us, Hear Us, Respect Us, Love Us, Listen, Listen to Us, Stand Up, Ally, Anti-Racist, I Am A Man, Speak Up, How Many More, Group Economics, Education Reform and Mentor.

Three hundred of the 350 players wore jerseys with those messages, including prominent white players and international stars. The jerseys worn on the first day were auctioned off online for the new Players’ Justice Fund, which has raised more than $700,000 from the auction so far, Roberts told The Undefeated. The NBPA is expected to pick charities soon that will receive the money.

“This just reminds me that sports in general and basketball in particular, we are an example for the rest of the country to emulate, because in that locker room, there are friendships and bonds that form, notwithstanding race,” Roberts said. “They’ve learned to respect each other as men, and therefore can empathize with each other as men. So, watching white players say Black Lives Matter on the back of their jerseys, it was just amazing.

“And it’s certainly equally amazing having international players agree that this was a discussion they wanted to be a part of, and then wanting to make sure that their countrymen understood this discussion by putting it in their language. It was as happy a moment as I can imagine.”

Throughout the past three months, NBA players and coaches have also shined a light on victims of police brutality and racism while speaking during media sessions. On Aug. 26, the Milwaukee Bucks made the biggest statement by opting not to play in a playoff game against the Orlando Magic in protest of the shooting of Jacob Blake in Wisconsin. The rest of the NBA teams still participating followed suit – as did teams and players in other sports – and no NBA games were played for three days. After a tense meeting involving players and coaches, the majority vote was to resume play with a renewed focus on voting and pushing NBA governors to use arenas as polling sites for the Nov. 3 presidential election.

“It just took a toll on everybody,” Portland Trail Blazers guard CJ McCollum said. “They needed to kind of step back, reevaluate and figure out how we could move forward, and try to create positive discussions, positive dialogue and comfortable dialogue, which hopefully can lead to change, especially from a voter suppression standpoint with the vote coming up and being so important.”

Heat coach Erik Spoelstra, reflecting Sunday after losing to the Lakers in the Finals, made it a point to speak on the importance of the social justice movement in the bubble.

“I think we have all been inspired that, not only that we see something that’s absolutely wrong and you don’t want to just talk about it, you want to actually be a part of the change,” Spoelstra said. “We don’t want any one of us to forget about everything that’s still happening out there and because of the color of someone’s skin.”

It’s anyone’s guess when the NBA’s 2020-21 season will begin. Roberts acknowledged that a February or later start is possible as the NBA tries to get fans back in the arena in a healthy way. In the meantime, it will be interesting to see how players use their platforms going forward.

James, who has spearheaded the More Than A Vote program, believes players have “strength in numbers” as they continue to use their voices collectively outside the bubble.

What happened to Dak Prescott is awful, but Jerry Jones shouldn’t be blamed Read now 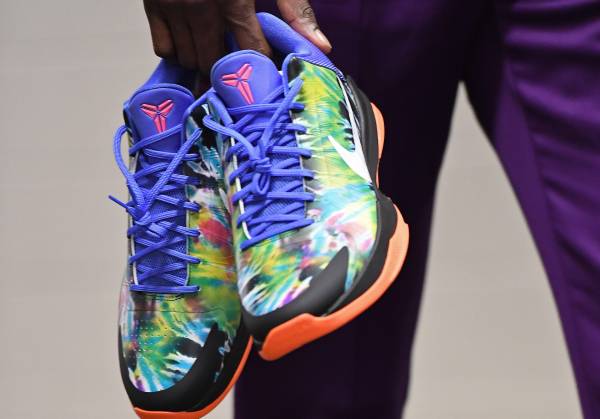 “Where do we go from here? We don’t stop,” James said during the Finals. “I hope people continue to use their platform. Use their individual social media platforms, if they’re doing it that way, or if you are an individual that goes into your community and does it that way.

“However you can continue to create change for the better of all of us, it only makes us all better. It doesn’t matter what race you are, it doesn’t matter what color you are, no matter how tall or whatever the case may be, because we all want to see better days. No matter if you agree or don’t agree with some of the things that are going on, I think we’d all love to see better days and see more love than hate.”

On Sunday night, while accepting his Finals MVP trophy, James added that it was a team effort in the bubble: “It’s been unbelievable. Adam [Silver], everyone from the NBA, NBPA, putting this thing together and us using our voices, us being together – you hear Golden State always use the phrase ‘strength in numbers.’ And that’s exactly what it was while we were here.”

Marc J. Spears is the senior NBA writer for The Undefeated. He used to be able to dunk on you, but he hasn’t been able to in years and his knees still hurt.